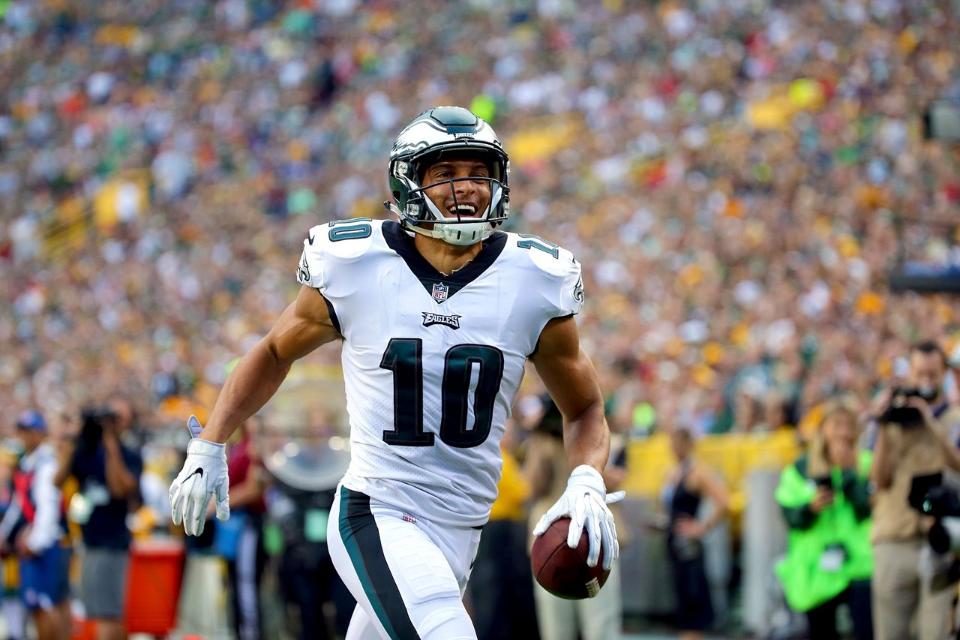 Torrey Smith has the most drops of any NFL wide receiver the past five seasons and they’re haunting him again in 2017.

So much so that he proclaimed the start of the year the worst stretch of his career via Twitter following a two-drop performance against the Los Angeles Chargers during a 26-24 Philadelphia Eagles win on Sunday.

The dropsies have come during some potential big play opportunities as well, including this beautifully placed ball down the right seam in stride from Wentz against the Bolts. It was one of five that he’s had so far this season. Nelson Agholor, for example, didn’t record his first drop until Week 6 last year.

Torrey Smith drops the ball more than Nelson Agholor my god, perfect throw by Wentz down the seam pic.twitter.com/bNW8Nae0YO

As Smith continues to drop the football, the question becomes why isn’t Mack Hollins seeing more playing time? He was on the field for just nine snaps on Sunday, while Smith saw 57 and registered a single catch for nine yards. The fourth-round rookie Hollins had a tremendous preseason and has flashed in the limited chances he’s received during the year. When he got matched up one-on-one against star Kansas City Chiefs cornerback Marcus Peters in Week 2, he did this.

Here’s what Doug Pederson had to say about Smith’s struggles during his press conference on Monday.

I think with the veteran players it is different, you just keep firing the ball at them, keep shooting. That’s something we’ll continue to do. We’ll keep him in the mix, keep him coming. And he’s a guy that works extremely hard during the week, and he’ll get that fixed.

Hollins’ stat line might not look impressive, just three receptions for 32 yards, but seeing what he did in the preseason and some of the regular season coupled with Smith’s struggles, Hollins should be out there more.

We’ll see if Pederson obliges on Sunday when the Eagles take on the Arizona Cardinals.