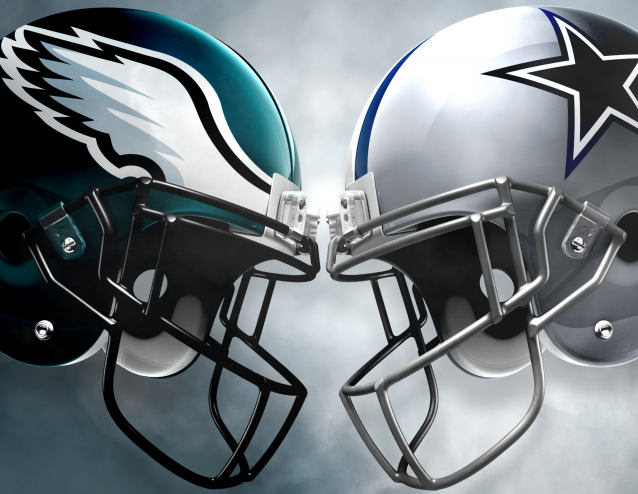 The Eagles will be featured on Sunday Night Football for the first time this season this weekend as they travel to Dallas to face the Cowboys in their first clash since the Eagles defeated the Cowboys last season, 27-13, on January 1st.

Of course, the Cowboys were well on their way to a divisional playoff and first-round bye … and a loss to the Green Bay Packers. Since then, well, the Eagles have gotten a lot better, the Cowboys seemingly are trying to find ways to offset the loss of key injuries, and a six-game suspension for Ezekiel Elliott.

To get inspiration for this prediction, I asked my Amazon Alexa about the word “bloodbath.” Once I heard the phrase “a great slaughter,” I knew I found the right term to describe what I expect this week. The Cowboys may be playing in the prestigious JerryWorld Stadium, but they come into this matchup battered, broken down, and bruised. The key losses of Tyron Smith and Sean Lee will play huge roles in tipping this matchup in the Eagles’ favor. Dallas is a team with a mediocre defense and a nonexistent run game. On the other side of the field, they’ll face an MVP caliber QB, a dominant defense, and a offense with more weapons than Batman’s utility belt. Prepare your trash talking tweets right now because this thing is over.

Even though NFC East matchups are always tough – this one being no different – the Eagles seem determined to make up for last season’s loss in Dallas, which will definitely work in their favor. In addition, with the absence of Ezekiel Elliott and possibly even Sean Lee, the Birds’ offense and defense should roll over their shorthanded-hanging-by-a-thread rivals.

With a win, the Eagles will damn near clinch the division. The Birds will be up to the challenge and travel to Dallas and end up on the winning end of a slug fest. The Philly defense will shut down the Dallas running attack and Carson Wentz will pick apart the defense. Jay Ajayi will see an increased role as well.

It seems like it’s been a while since we’ve seen our favorite boys in green and a lot has changed. The Eagles are in a battle ’til the end for the NFC crown with the likes of the Saints, Vikings and Rams. One little slip up and we could dip lower than expected. Lucky for us, this is Dallas Week.

Any true Eagles fan knows what’s at stake whenever we play “America’s Team.” Records aside, this is an ultimate slugfest that can only have one prideful winner. I still do not think we can take this game lightly, but this year has a special feel to it. This Sunday night, Al Michaels and Cris Collinsworth will have a one-way ticket on the Jay Train and the Wentz Wagon as they hum tunes of #FlyEaglesFly along the way. Our D-line will feast on Dak Prescott and Carson Wentz will make the Cowboys’ defense wish they were already on Thanksgiving break!

When you look at all facets of the game, this is a huge mismatch on paper. But they don’t play games on paper, do they? This game has a similar feel to the game in 2013 when Kyle Orton started for Tony Romo in a winner-take-all showdown for the NFC East in Week 17. The Eagles needed a late Brandon Boykin interception to squeak out a 24-22 victory, but there was a lot of confidence heading into the contest with Romo out. Well, in this one, Zeke, Lee and Smith are all out. So will this game be closer than people think? I still say no, especially if Dallas can’t establish a run game early. I’ve got the Eagles in a laugher.

I really, really was tempted to pick the Dallas Cowboys this week before their injury woes and the fact that their top running back wouldn’t be suiting up for the game. Now, it’s the Cowboys who are underdogs heading into this SNF matchup.

The Eagles are basically at full strength health-wise, and coming off a bye week, I don’t think they’re ready to settle for just everyone talking about them. They want to make a statement. Players have talked at will about how close-knit this group is. While a loss Sunday night doesn’t ruin the season, a win just propels them into an almost impossible-to-overcome-for-everyone-else lead in the NFC East. They’re not just playing for the division crown, they’re playing for the top seed in the NFC. The comparison to last season’s woes after the early Week 4 bye week have already been made, but I think this group is a little bit better than last year.

Even with Alshon Jeffery limited in Thursday’s practice due to an ankle injury, I still think the offense can be great.

Man, it seems like forever ago the Eagles rolled over the Broncos. So here we are… the Birds at the Boys. I’m going to keep this one as basic as it comes: If the Cowboys had Zeke in the backfield, then I’d go with Dallas. But since no Zeke, no victory for dem boyz. Eagles are the better team and the defense leads the way with 4+ sacks. 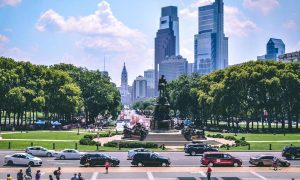