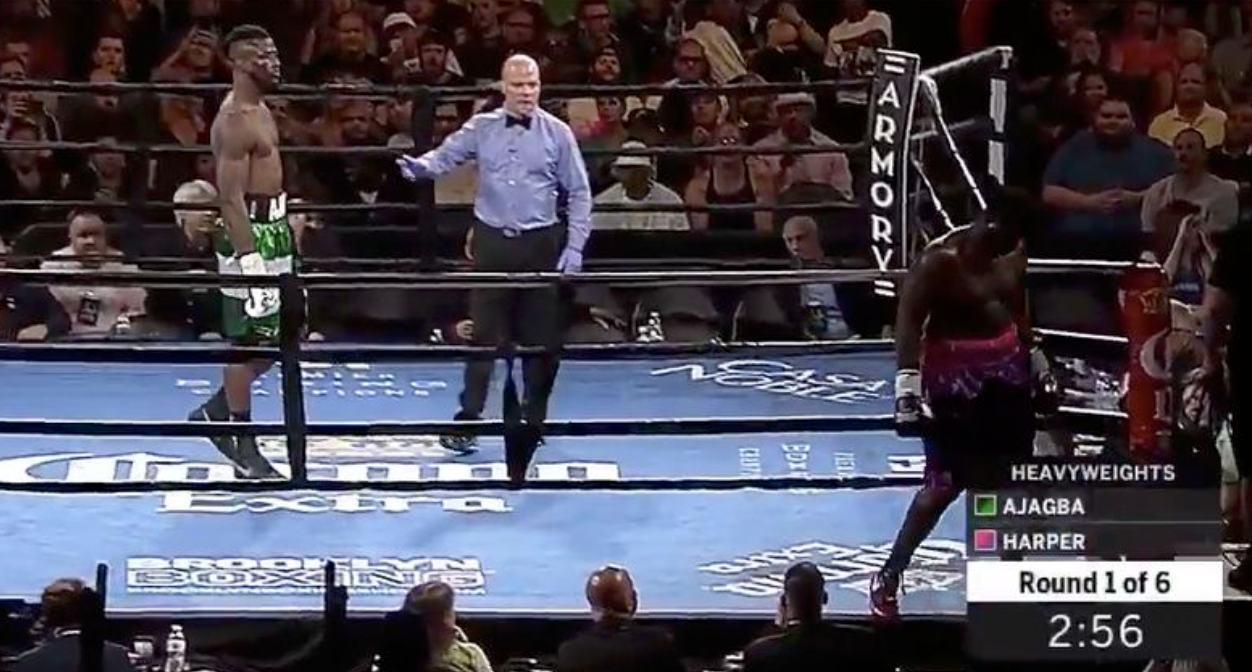 In what is a first for me and after reading the headlines, my guess is a first for everyone! Heavyweight nomad Curtis Harper decided to protest over pay he was receiving for stepping in the ring during FS1’s Premiere Boxing Champions event.

My theory is Harper said they’re paying me to step in the ring and not to throw any punches. (Not that he’s right at all.)

“Why did he take the deal?’

Promoter Leon Margules told BBC Sport organisers had no idea of Harper’s plan before the bout and confirmed the fighter received no payment as a result.”He signed a contract and agreed to the fight,” said Margules. “First time we heard about money issues was after he left the ring. He weighed in and showed up on time and even touched gloves before the bell. It is strange.

“If he didn’t like the deal, why did he accept the fight and money?” Harper had reached the bottom of the steps at the side of the ring with just five seconds gone in the round. Fans began booing as he made his way along the walkway out of the ring and officials disqualified him at the one-second mark of the first round.”