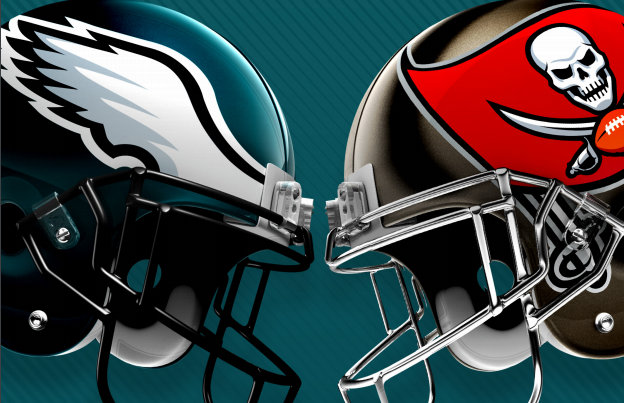 The Eagles are heading south this weekend and are looking to pad their NFC record thus far. An impressive win against another NFC South opponent in the Atlanta Falcons puts the Birds in a good spot heading into Week 2. But they have to take care of business in Tampa Bay. Yeah, Ryan Fitzpatrick looked like a Hall of Famer against an atrociously overhyped Saints defense, but that just means the Bucs are feeling good about themselves. And the Eagles need to protect against a letdown.

I don’t think that’ll be a problem. If anything, the Eagles under Doug Pederson – at least last season – never played down to their opponents.

My dad is a Buccaneers fan. On Sunday, he sent me a succession of “We’re going to war” texts. One surprising shootout win has that fanbase feeling like DJ Khaled on a yacht. I told him “Keep saying it. Keep saying it out loud, and maybe you’ll convince hope because you won’t be convincing anybody else.” The Buccaneers will be limping into this game possibly without DeSean Jackson, Brent Grimes, Jason Pierre-Paul, and Hargraves is out. It doesn’t matter if average Nick Foles shows up. The Eagles are going to win this game.

The Buccaneers beating the Saints in a shootout is the best thing that could have happened to the Eagles. Sure, under Doug Pederson they’re a well-coached team that won’t take a team lightly, but after seeing what the Bucs did to the Saints it’ll be guaranteed the Eagles will be more prepared on defense.

The offense will need to step up, though. With another week of practice under their belt I would hope the offense can do so.

At the end of the day Doug Pederson > Dirk Koetter. Gimme the Birds on the road.

Editor’s note: Mike’s a man of few words this week. Or no words. He legit only gave me a score.

The lead up to the opening game is done and Week 1 ended with a win. It wasn’t pretty, but in the NFL anytime you can get a win it’s a good thing. This week, we walk into Tampa Bay to fight back against the people who say we fear the beard. Last week, the Harvard alum was playing against the “Little Giants,” this week he faces the “Pee Wee Cowboys.” No, this isn’t a Cowboy reference … relax. I was simply referring to the Little Giants movie. Oh, and the Eagles get back their own version of “The Icebox” in Nigel Bradham. Birds will leave no doubt in this contest!

The cornerback tandem of Desmond Trufant and Robert Alford in Atlanta is one of the best in the NFL, but now the Eagles face one of the poorest in Tampa Bay. I think the receivers can get open. Philly’s pass rush is also a completely different beast than New Orleans, which needed an edge rusher so bad it traded up in the NFL Draft and traded two first-round picks for one. The good Nick Foles and the bad Ryan Fitzpatrick will show up in this one.

A few ways to look at last week but I’m a realist, the Eagles offense will continue to struggle until they have everybody accounted for. Ultimately, it comes down to Wentz’s return but for all engines to be working, let’s get Alshon back as well. This weekend’s game vs. Tampa Bay will be a tough one but I believe the Saints’ defense was more of a suspect than the Bucs being a high powered offense. Week 2, everyone settles in a bit and the Eagles improve to 2-0.

If DeSean Jackson plays, he’s going to be the best Buccaneer on the field. It’s just science. Jackson always shows up for these games against his former team, but it won’t be enough for the Bucs. As long as Foles hits his open receivers – and they absolutely shouldn’t have many problems getting open – the run game will emerge as Ajayi, Clement and possibly Sproles [nursing a hammy] may collectively rush for over 200 yards. [Note: Sproles has been ruled out for Sunday’s game.]