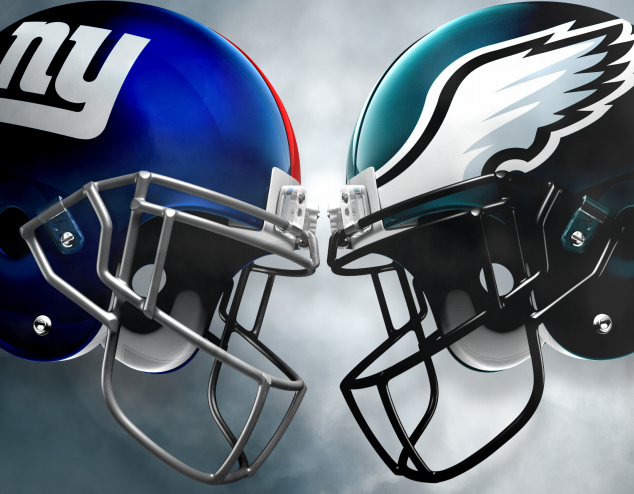 At 2-3, the Eagles are still only a half-game out of first place in the NFC East.

The division stinks. We’ve all heard that. We’ve all seen that. The Eagles may be the most talented team in the division, but as we’ve seen this year, talent doesn’t always translate to wins. The mistakes have got to disappear and the defense needs to make the opposition’s offense make mistakes and create turnovers.

We haven’t seen the same team this year as they were last year. What’s changed? I don’t think the hunger is an issue. These players want to be great and make their mark in history.

But maybe they thought it was going to be a little bit more easier than it really is.

It’s hard to be confident in anything involving the Eagles right now. The one thing they had going for them is their home-field advantage and last week, Minnesota showed that a trip to South Philly isn’t an automatic loss. The first divisional matchup of the season will be against a dynamic receiving core and their worst enemy: Eli Manning. I have the Eagles losin this duel of desperation in a game where our coverage dysfunctions will show up again.

So, this season is not going the way I thought it was going to go. After last week’s game, I swore I would pick the Giants in this game. I swore I wouldn’t pick the Eagles again only to be disappointed.

The Giants pose a threat to the Eagles. God forbid Odell Beckham Jr. gets lined up on Jalen Mills’ side. Can you imagine what Saquon Barkley will do if he draws whatever safety in coverage? The Eagles’ defense doesn’t look great and I think the Giants’ playmakers are going to do just that – make plays.

But for some reason I just can’t pick against the Eagles. Even with their shortcomings, they’re the better team. They have the better quarterback and head coach. Like I’ve said before, the Eagles will have a fighting chance whenever Carson Wentz is on the field. I’m not confident in this pick at all, though. Actually, in my preseason predictions [aka bar talk with my friends] I thought this would be the first game the Birds would lose. I have them winning here but this is the make-or-break week for me.

Bro hasn’t offered up his prediction yet, so he’ll take an automatic L.

What can you say? What can you do? The Eagles are starting to play more like a team who’s still kissing babies than a team who’s competing for a Super Bowl. We all know about the hangover and we understand history. However, this was supposed to be the new norm and even though it hasn’t looked like it, this is the week they break out.

The Giants are allowing 4.6 yards per carry. There is no excuse for Doug to not run the ball this week. If the ratio is closer to 50/50 than 65/35, the Eagles will win. It’s the offensive line’s bread and butter to run-block, let them dominate and get their confidence back in pass protection.

Enough is enough. The Eagles are a good team but need to quit making the dumb mistakes that bad football teams make. Fumbling on the five-yard line, dropping passes that are sure to move the sticks, not being on the same page when it comes to assignments, etc. ENOUGH IS ENOUGH. Yes, the NFC East is terrible but if the Eagles lose on Thursday night, it won’t matter how bad the division is, the Eagles won’t be making the playoffs.

Must-win and they do.

Bad game. Short week. Giants always seem to play the Birds tough. The Eagles are having trouble regaining what they had last season. It’s not over, not by a long shot, especially in the NFC East. But it’s hard to confidently pick them to win a game now. Even if it is the New York Football Giants.