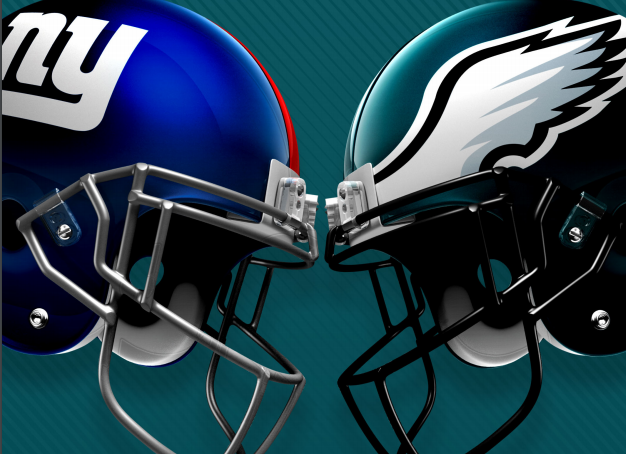 They’re still alive. Mathematically. Does this team make you feel good, though? Probably not.

The Giants are bad. The Eagles already beat them once this season. Things should look good this weekend. The Eagles can’t possibly be that bad, right?

Last week, we all predicted and witnessed a slaughter. I would love to tell you that our fortunes will change, but that would be a lie. With the massive amount of offensive firepower coming into The Linc this Sunday, it’s hard to believe that Chandon Sullivan and co. offer up any resistance. On the offensive side of the ball, we’re a disgrace. I predict the Eagles will lose in a manner that will have me grabbing for my dark liquor very early.

Are the Eagles really worse than the Giants? The fact that I have to ask that is enough to make my stomach turn.

There are a lot of moving parts for Sunday’s game. The Eagles have a decimated defense that will start cornerbacks with little to no professional experience, Corey Graham who is a glorified traffic cone, and at least one inexperienced linebacker against an offense that includes OBJ and Saquon Barkley. That’s no bueno.

On the other hand, the Eagles’ season is on the line. There are questions about this team’s desire to win and compete. If this is a battle of wills, will the Eagles find a way to win? I’d like to imagine they would.

This is isn’t a confident pick but I think the Eagles find a way to stop the bleeding and get back in the win column.

The only thing that seems like a sure-fire thing to predict with this season’s Eagles team is my disappointment. Of course the Eagles should win this game; they blew out the Giants on the road with little rest on a Thursday night. Since then, the Giants have sold off some key players. That said, the Giants have won a couple games in a row. Does anyone realize if the Giants win on Sunday, the Eagles will move to last place in the division?

We’ll have to see what kind of defensive scheme Jim Schwartz comes up with having no secondary. I’m going with the Birds, but I could also see Saquon going off for 200 total yards and three TDs. Who knows? When’s the next Sixers game?

Where do we go from here? Do we lay down and look toward April? Do we go full-speed ahead and play with pride? Malcolm Jenkins has spoken and his point will be made on Sunday. No matter the inconsistencies, the Eagles are playing an NFC East opponent and the phrase “Any Given Sunday” will be in full effect. This time there will be no miracle needed as this game will be full of green. The fans that Doug Pederson says he doesn’t need will be there in full force to provide one last spark that will be needed to conquer the New Beast of the East, Saquon Barkley.

The Eagles are practicing without their top four cornerbacks and are now tasked with covering Odell Beckham. The Giants have played some better football coming in and my confidence in the Birds is dwindling.

This truly is do or die, and to be honest, after these past two weeks I’m pretty beat. Both Dallas and New Orleans dominated and really showed this Eagles team needs to get to the off-season to reboot. It pains me to say this, but I think the Giants roll on Sunday. Saquon Barkley should get over 100 yards in the first half and Eli will find someone open.

The Eagles have had a few bad games this season. Last week against the Saints had to be rock bottom. It just had to be. One thing’s for sure, I feel good about going into this game.

But I just can’t pick them. Call it the Saquon Barkley factor – who wasn’t a factor during the first game – or a Giant revenge game, or simply that the Eagles aren’t good enough to beat a team twice in one season. The division’s still there for the taking. The Eagles need to take care of business, and theoretically that would start this weekend.

But instead of getting our hopes up, the Eagles will let us live stress-free this holiday season because they’ll be out of the hunt pretty early. And that happens this weekend.