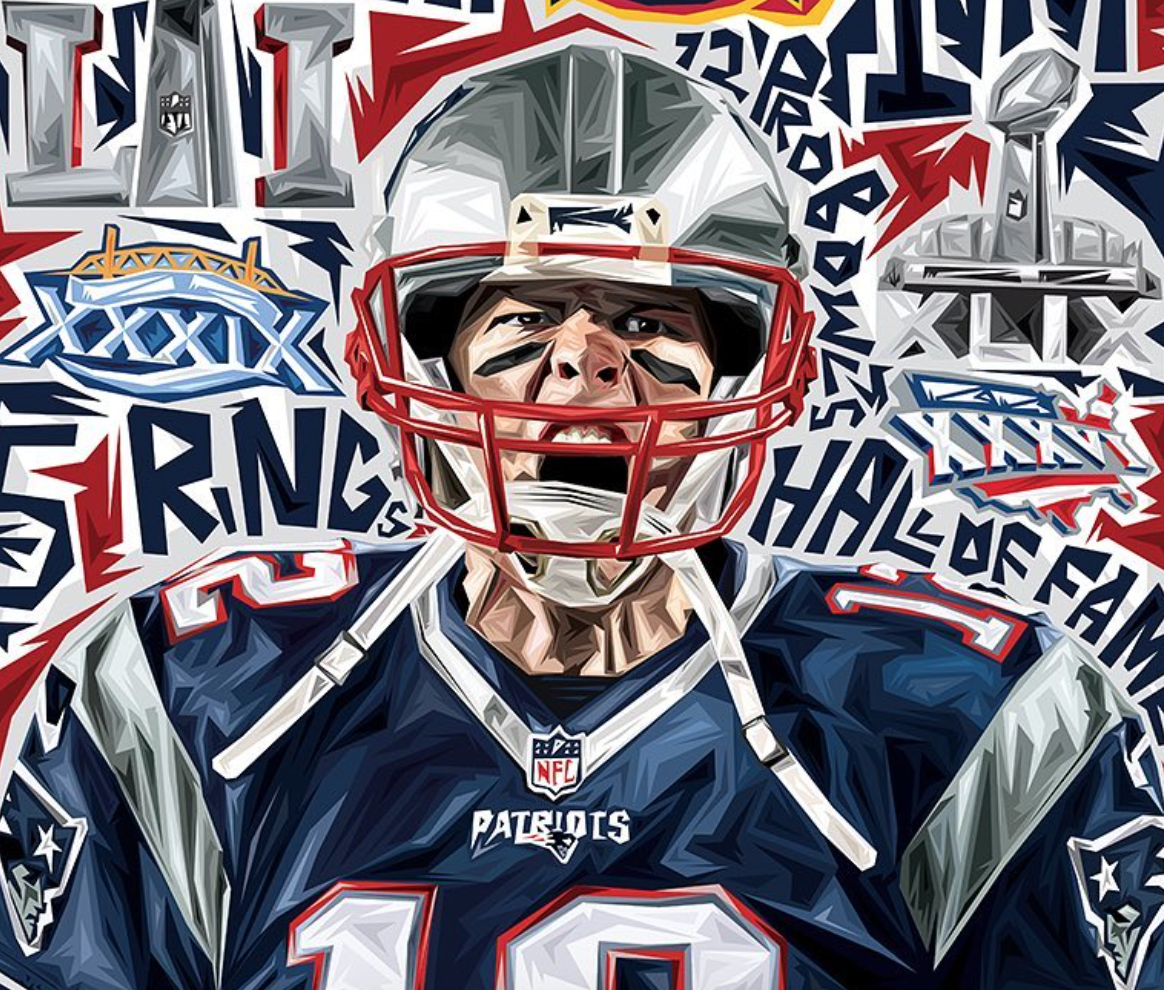 As you heard me say on multiple platforms during the week, I liked the Rams and Chiefs to advance. One favorite and one underdog. The Chiefs selection goes against a sports gambling commandment, “Thou shall not wager vs. Brady in the playoffs.”

With that being said, I was ready for battle after my game one win. Felt loose and about as confident as one could be, taking Andy Reid in a conference championship game.

So you’re saying this is Brady’s game…

Tom Brady is 72-1 as a starting QB, including the playoffs, when he has a halftime lead of 14+ points, including 51 straight wins entering today.

The lone loss was the 2006 AFC Championship game against the Colts. pic.twitter.com/I9ePPBdJki

Mahomes is a monster! An experience watching him sling the ball around the field. Here’s a few that caught my eye.

Another look at that ridiculous pass from Mahomespic.twitter.com/XY1YiOXiEr

The 54-yard pass from Mahomes to Watkinspic.twitter.com/5b7b13EUFq

Game was tight all the way through. At 17-14, Edelman was really lucky this ball didn’t hit him.

Did Edelman touch this?! ??? Patriots and Chiefs game is wild pic.twitter.com/w7yanpcwb2

Of course Brady takes the lead. I lost my second half under bet. Thanks, Tom.

What!? The Chiefs answer right back! The third 4th quarter lead change.

Bill not pleased with the no-call on a pick.

A few of us thought the Chiefs would stop the Pats…

Will Brady do it?

1:57 and 3 timeouts for Brady? And the Patriots have the refs? Well you did good KC. Great rally, great fight but Brady’s the ? for moments like this #reversejinx#ChiefsKingdom

He did it. Chiefs scored on the next play. INCREDIBLE!

We can’t keep up with this game. This is wild.pic.twitter.com/W6d9lh87EI

No question… we knew that was going to happen. Pats vs. Rams – Super Bowl 53.

Well, I wasn’t surprised because the Patriots just know how to win big games. They’re heading to another Super Bowl. And of course, the immediate reaction is that they win it all. Plenty of time to digest that, though.

Be sure to catch our latest videos all week on the site and over on our Instagram page.

You can follow Sean Brace on Twitter (@Sean_Brace) and Instagram (@sean_brace), and e-mail him at [email protected]. You can also watch him sports anchor on weekends at FOX 29.