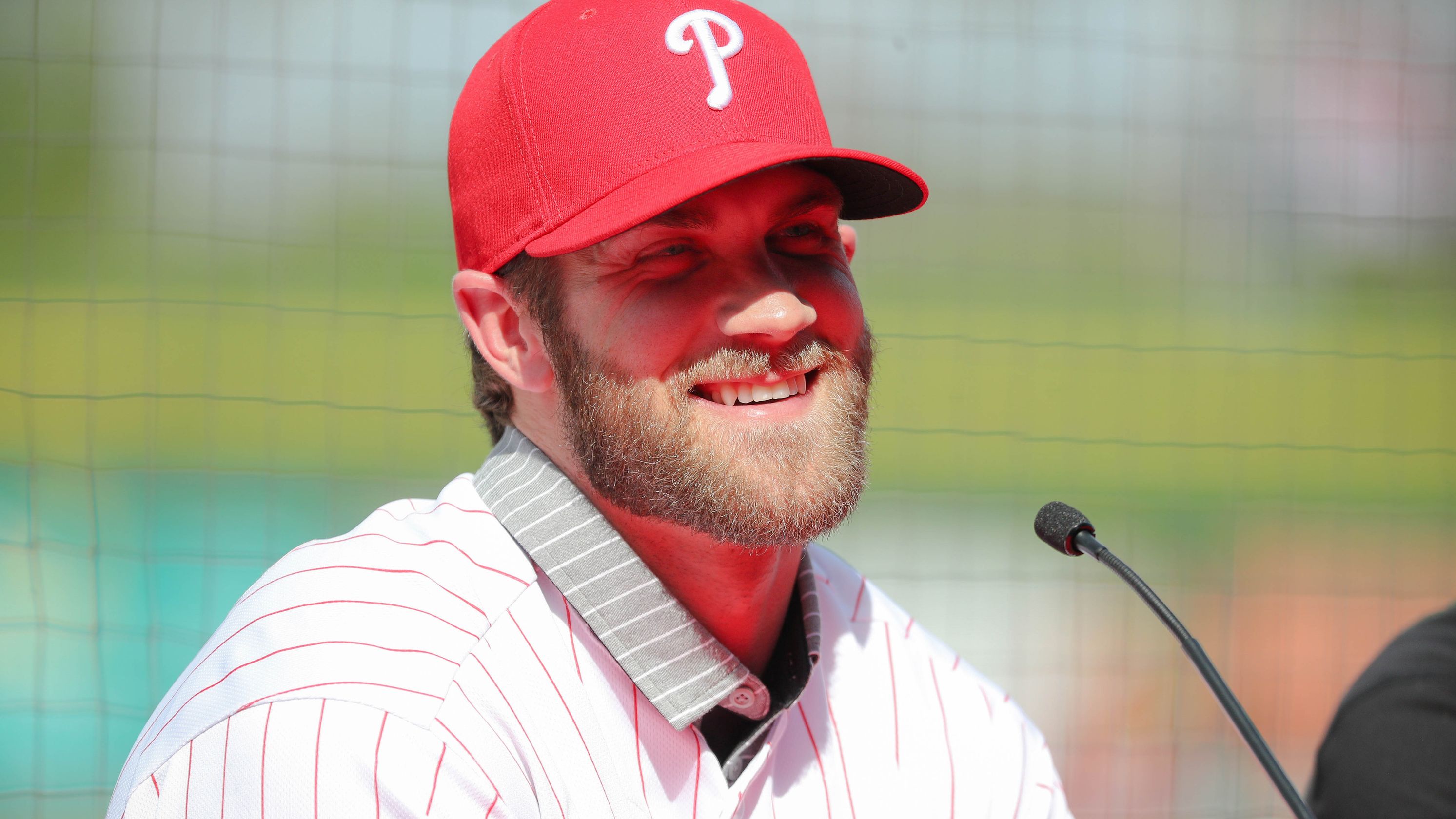 Bryce Harper is a Philadelphia Phillie.

It’s still pretty cool to be able to say that.

And Tuesday, Harper sat down in Clearwater with Jon Marks and Ike Reese of SportsRadio 94WIP for an excellent interview. In the interview, Harper notes how he asked himself what team he could see himself with for a long time, and it wasn’t just the team – it was the city, the community, the organization and more. He wanted to sink his teeth into something that was almost completely the opposite of what was reported about him during his free agency period.

The interesting bit here is Harper said he kind of knew Philly was the destination prior to Thursday, whereas Middleton explained he and Phillies brass had almost given up on the idea of being able to sign him.

Of course, much has been made about him referencing Mike Trout who “comes off the books in a couple years,” and even name-dropped him in a post-presser interview on Saturday. But he went full throttle on WIP, saying he has already prepared pitches to free agents, Trout included:

“I can be able to talk to Trout, or whoever it is, big-name free agent or whoever wants to come to Philly or is thinking about coming to Philly, I can say ‘Hey, this is the place to be. This is where the fans are great, ownership understands it, our manager is awesome.’ I can really put that faith in myself in being able to say we are able to go about it the right way, we are the Philadelphia Phillies and we want whoever wants to come to Philly. If you don’t want to come to Philly, then don’t come. Don’t be part of it. But if you want to come be part of a winning team and a winning culture, then we are going to need the best players to do that. I don’t think John [Middleton] is scared to go out and get the best guys we need to have. I think it’s respecting Mike Trout in a certain way during the season, and letting him play and do the things he needs to do to of course be Mike Trout.

“If you don’t think I’m not gonna call Mike Trout in 2020 to have him come to Philly, you’re crazy.”