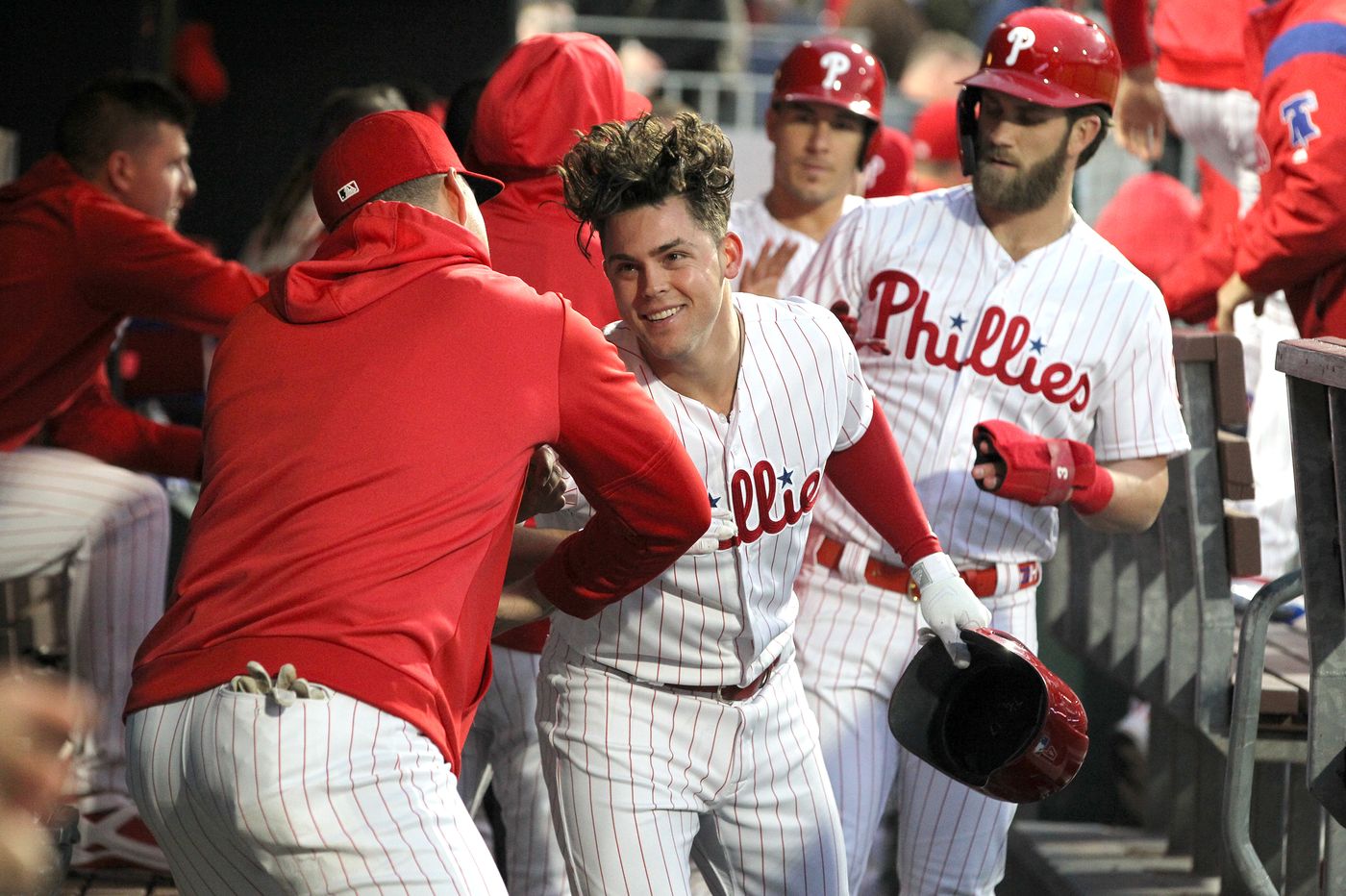 Any series win against a divisional opponent is big for the Philadelphia Phillies (11-6) in 2019. With the National League East projected to be competitive between four teams, the series win over the New York Mets was big. Now the Phillies head out west to take on the Colorado Rockies (6-12). Explosive offense, meet Coors Field.

It was an odd series for the Phillies pitching staff. While Jake Arrieta pitched maybe his best game since becoming a member of the Phillies, Aaron Nola and Nick Pivetta continued to struggle. With Nola, the concerns aren’t long term. His issues don’t appear to stem from an injury or arm fatigue. The velocity is still there. Instead it just seems to be a great pitcher going through a tough stretch. It happens. It’ll be tough for Nola to get back to being the Phillies ace in Colorado. Coors Field is not pitcher friendly and is not a great place for a struggling pitcher.

As for Pivetta, he was optioned to Triple-A, making room for Jerad Eickhoff to enter the starting rotation again. It’s not ideal for Eickhoff to be making his first start in 2019 in Colorado, but it will be great to see his return as a starter. Before an injury-ridden 2018, Eickhoff was settled in as a solid back-end starter in the Phillies rotation. It will be interesting to see what Eickhoff has to offer in 2019. One thing we already know, that curveball is still nasty.

One of the reasons the Phillies are comfortable with Eickhoff in the rotation again. His curveball was great last night. @PHL_Influencer pic.twitter.com/a8kp81JkTf

As for the bullpen, two relievers are quietly off to great starts. Adam Morgan has still not allowed a run in 2019 and Hector Neris has not allowed a run since game one of the season. With Robertson injured, and concerns with the Phillies bullpen entering the season, Neris and Morgan have proved to be reliable out of the pen. We saw a bit of this in the ninth inning of Wednesday’s 3-2 victory over the Mets.

Straight 🧀 from Neris to end the game. Starting to pitch well again. Hasn’t allowed a run since game one. @PHL_Influencer pic.twitter.com/EoNd9Lt4Hk

The most encouraging story of the 2019 season so far has been the improved play of Scott Kingery. The Phillies utility man was a big part of the Phillies 14-run game against the Mets and provided a solo home run for the Phillies in a 3-2 win on Wednesday.

This has all come in the absence of Phillies starting shortstop Jean Segura. His hamstring injury has caused him to miss last game and may be able to return to the Phillies lineup for either game three or four in the Colorado series. So when Segura returns, what happens with Kingery?

Jean Segura could be out of the lineup for “the next couple of days,” Gabe Kapler said.

Although Kingery has been playing his best baseball since coming up to the Major Leagues last season, it would be better for the Phillies to keep him in his current role. Now, that doesn’t mean he won’t get more playing time. It’s a long season, guys will need rest and Kingery will be able to fill in for anyone at any position. He will get on the field.

So will Kingery get more playing time? Absolutely. Should he be an everyday starter? No. Kingery is a versatile player and is better served in a utility role. Why pingeonhole him to an everyday player at one position? Besides, Cesar Hernandez is rebounding from a bad start and it would be best for the Phillies to keep that switch-hitting bat in the lineup.

It’s Colorado. You should be trying to insert every Phillies/Rockies player you can into you’re lineup. But if you are looking for a cheaper option, Kingery is your guy.

Odubel Herrera is on the 10-day IL with a hamstring strain. Aaron Altherr and Nick Williams will see more playing time as a result. It will especially be interesting to see Nick Williams. He fit nicely into a pinch-hitting role last season and it would be great to get him some more plate appearances this season.

Among some interested teams, there’s belief Kimbrel would do a good 3-year deal now. Originally teams had the impression it would take at least 5. My take: Braves, who made a shorter-term try late in spring, remain best fit. Others: Brewers, Nats, Phillies. @Ken_Rosenthal on it

The Phillies have also been linked to a few names in free agency and a possible trade. It’s been reported that the Phillies have interest in Texas Rangers’ starting pitcher Mike Minor. Minor is off to a terrific start this season in Texas. Also, Jon Heyman reports that the Phillies are one of the teams that remain interested in Craig Kimbrel and Dallas Keuchel.

In my opinion, I don’t think the Phillies get Kimbrel or Keuchel. A team, like the Braves, will become more desperate and willing to spend more money. It will get to a point where a team offers a contract that makes the Phillies walk away. The more likely scenario is a trade. It may not be Minor, but their interest in him proves that the Phillies are willing to make a trade this season.

Dallas Keuchel is believed open to the right 1-year deal, then resetting. One under the radar team: maybe Milwaukee, which has been linked to Kimbrel and has been willing to give up draft choice at times (ie Grandal, Lohse). Phillies, Padres, Astros are among other possibilities.