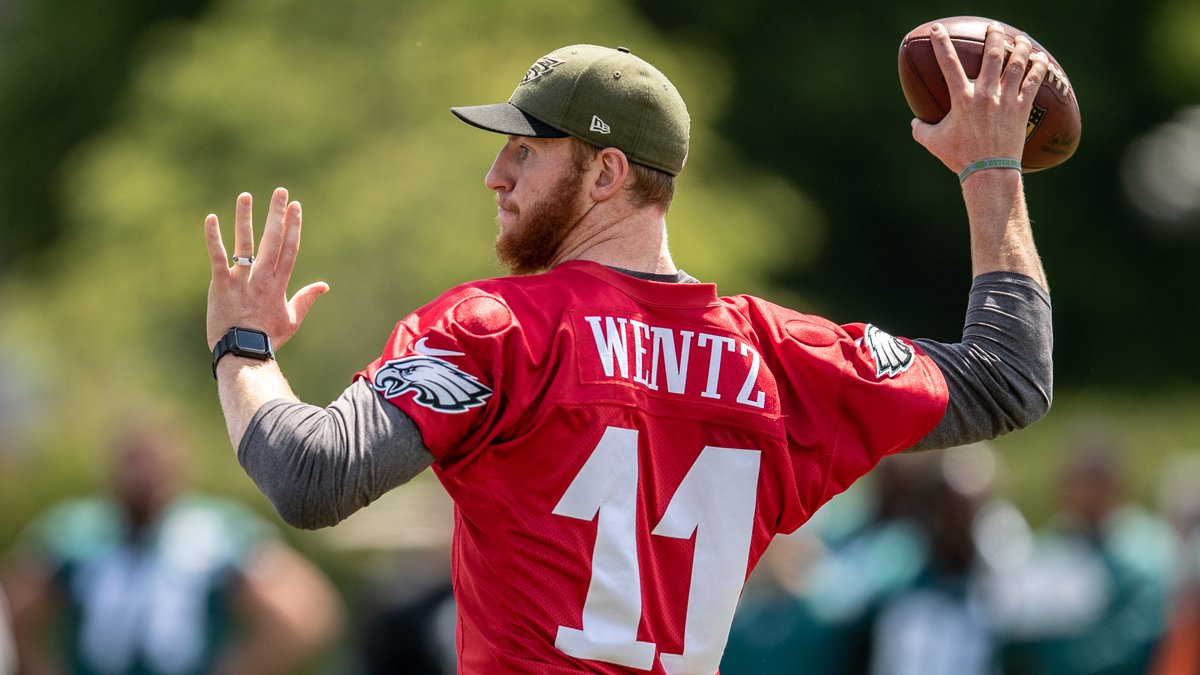 The first week of the Philadelphia Eagles’ voluntary organized team activities is in the books. The practice days ran from Tuesday, May 21st through Thursday, May 23rd. There are several highlights, players-to-watch, and storylines coming from the first week of practice of the 2019 campaign.

Carson Wentz, DeSean Jackson, Zach Ertz, other Eagles vets, and the emerging draft picks hit the field this past Tuesday for an open media session. Press play on the video below to see the best from their day of action.

D-Jax back in green and white 🔥

After practice, Brandon Graham talked about free agency and his expectations for the season. Dallas Goedert broke down his dominant day on the field. Blake Countess spoke on his second stint in Philadelphia and several other players talked about the excitement surrounding the upcoming season. 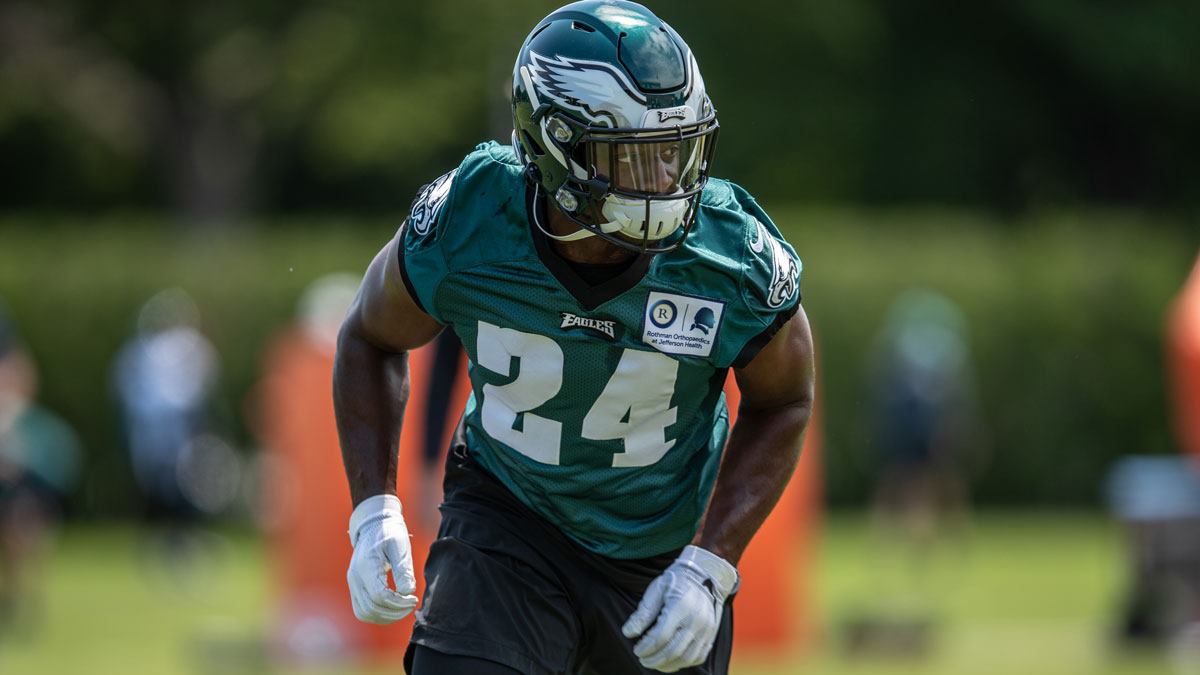 • Every report emerging from practice was headlined by the same thing: the dominance of Dallas Goedert. Several reporters in attendance took notice of the bigger and faster Goedert who caught everything thrown his way. The highlights included a touchdown haul over Goedert’s housemate Avonte Madoxx. The catch drew a, “Dallas you mother#@;&$… hahaha,” reaction from Maddox. Speaking of Maddox, the second-year corner had a good first week breaking up passes and picking off new Eagles QB Cody Kessler.

• Overall, the cornerbacks got good reviews. Sidney Jones appeared quicker than last year and Rasul Douglas was active all throughout the open portion of practice.

• Big V was moved to right guard this week. There was no indication of permanence from the coaches. Doug Pederson also likes to cross-train his players. With Brandon Brooks being injured, and both starting tackles not at practice, it’s more likely that this move was the best way to get Dillard and Mailata some good looks at tackle while still getting Big V quality reps.

• Tim MacManus summarized the day for a brace-free Carson Wentz:

Some Day 1 OTA observations: 1) It looks like the weight on Carson Wentz’s shoulders has melted away. Good body language, joking with teammates and staff, moving well after ditching the knee brace. Seems to be in a good place.

• Malcolm Jenkins and the Absentees: Malcolm Jenkins absence became a  top topic of the week. Several reports emerged that Jenkins’ non-appearance from practices is contract related. Fans and the media really need to temper their reactions. This portion of the OTAs are voluntary. Many veterans like Lane Johnson, Alshon Jeffery, and others were also not in attendance. If the disagreement is over Jenkins’ contract, the Eagles reportedly have $26-$28 million in cap space. Jenkins financially ranks ninth in among NFL safeties. His average annual salary is $8.75 million and the total guaranteed money in the contract is $21 million, according to OverTheCap.com. The Eagles have the means and they certainly should pay him. Nobody wants a repeat of the Brian Dawkins’ departure. Several players spoke to the media about Jenkins’ absence and the desire to have their “old head” back. 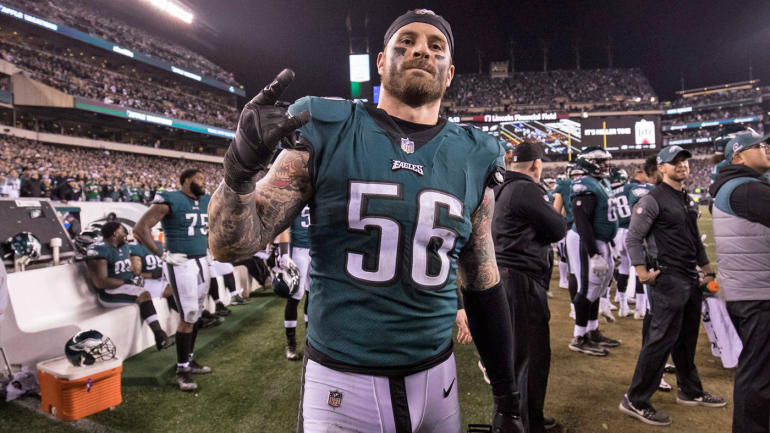 • Chris Long: The heralded DE announced his retirement last week. This calls into question the depth at the DE position. Long reportedly wanted assurances that his implementation in the DE rotation would be identical to previous seasons. With the Eagles not indicating that his workload would be the same, Long announced his retirement. The team is very high on the younger guys in the rotation. It’s still early in the process, so don’t be surprised if a veteran is added to the stable of  Graham, Barnett, Curry, Sweat, Miller, and Ostman. Jadeveon Clowney rumors have spiraled over the last few days. I don’t see it happening but with Howie Roseman, anything is possible.

• Derek Barnett: Speaking of Barnett, Bleacher Report added him to an “NFL Players Who Could Shed the ‘Bust’ Label in 2019” writeup. The article and Barnett’s inclusion is a joke. Barnett’s issue is availability, not ability. When healthy, he’s effective.

• Joe Douglas: The longevity of Joe Douglas’ tenure on the Eagles staff has been a point of fascination since the executive came to Philadelphia. Earlier this week, speculation touched NovaCare that Douglas would be in the running to fill the Jets’ GM vacancy. Doug Pederson stated in his press conference that the Jets have not contacted the Eagles, yet. Douglas is good at his job. At some point in the near future, there’s no doubt in my mind that he’ll be scooped up.

• Mack Hollins: Doug Pederson listed Mack Hollins as one of the players still in recovery from last season in his press conference this week. It appears his groin injury was severe enough to be a 2019 holdover. 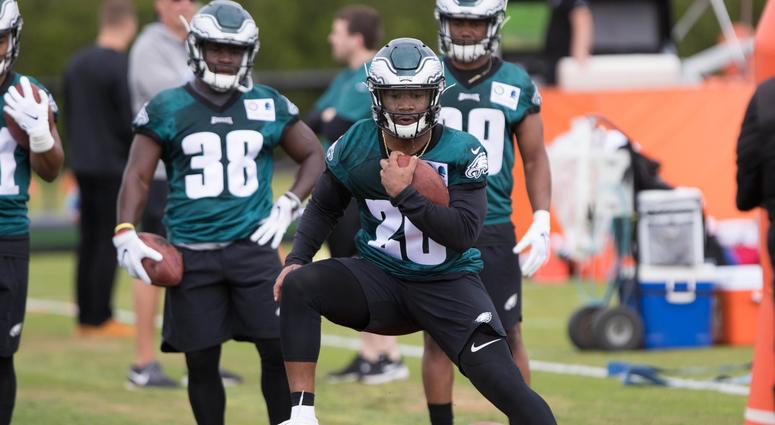 • Lane Johnson: Lane Johnson has donated $500,000 to Kilgore College for a new athletic facility. It will be called The Lane Facility. Johnson played quarterback and tight end at Kilgore in Texas for one season in 2008 before he transferred to the University of Oklahoma.

• Zach Ertz Getting Chippy: Eagles Pro Bowl tight end stated this week that he’s playing with a “huge” chip on his shoulder after his 116-catch season. With Gronk’s retirement, Ertz knows there will be several candidates to be considered the best TE in the NFL. Ertz told the media this week:

“I’ve said it since my rookie year, which I can’t believe was seven years ago. I said I wanted to be one of the best to ever play the tight end position, not only in this organization, but anywhere. … People are saying there are one or two guys that are better than me. My goal is to be the best. So I have a huge chip on my shoulder going into this year.”

…
Bonus Points: All the Best Interactions from the Players this Week 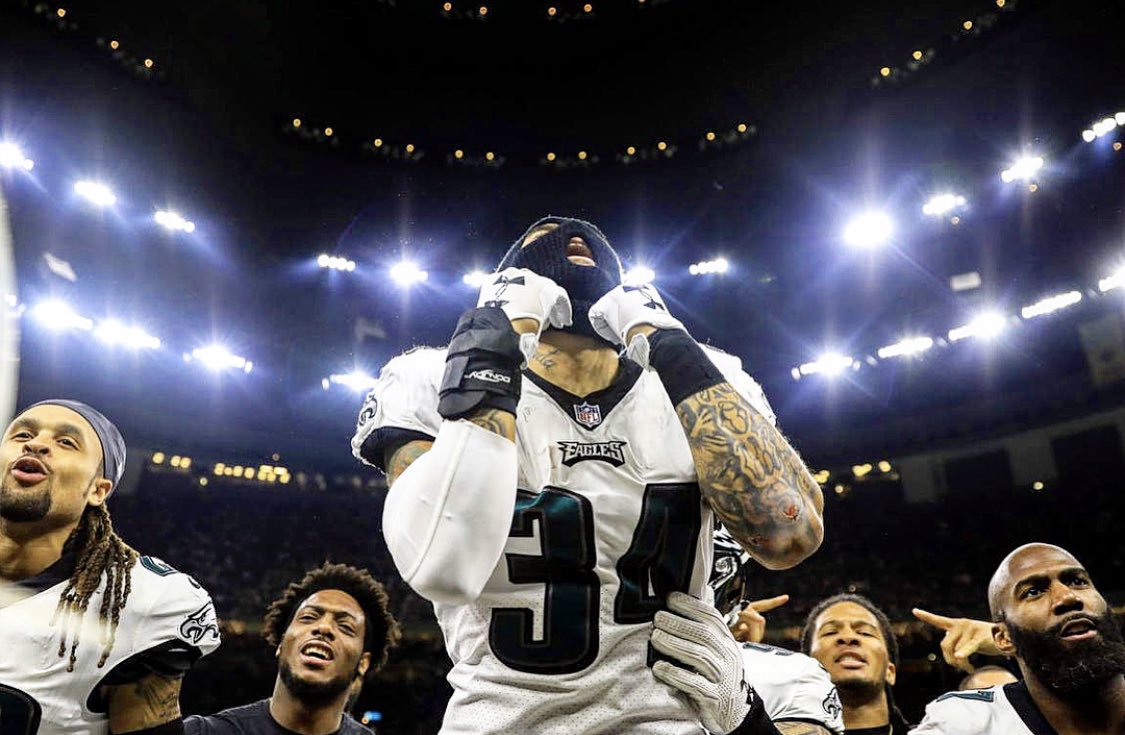 Why  Do They Call You Strap?

The Philly Special will be included in Madden 20. The Philly signature play, RPO inclusion, and more were included when the game developer sat down with the Eagles this week.