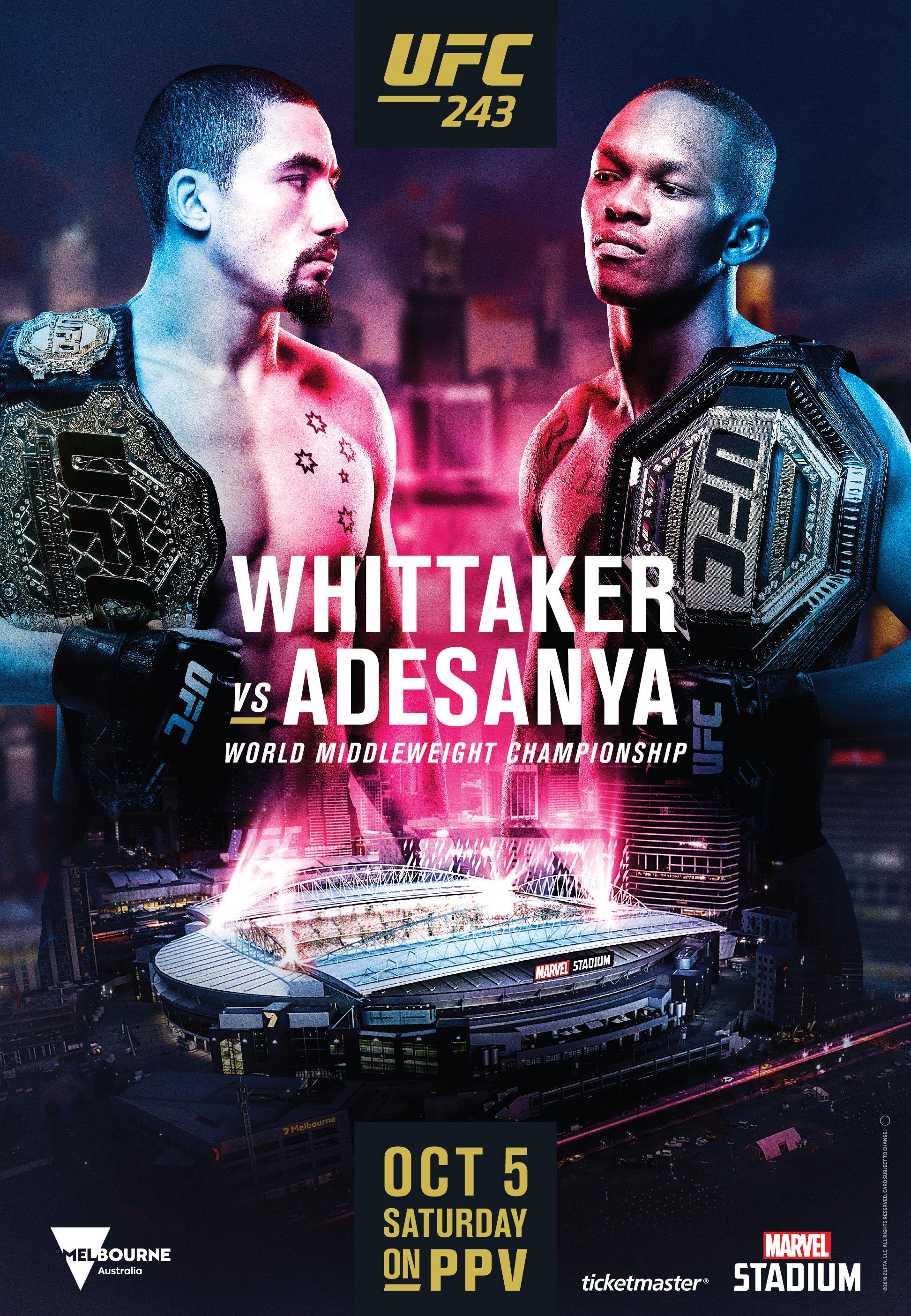 With Saturday night comes another card of UFC fights. This time around Robert “The Reaper” Whittaker looks to unify his middleweight belt with Israel “The Last Stylebender” Adesanya’s interim belt in Melbourne, Australia on pay per view.

Considering there are UFC fights every weekend, for the most part, the thrill of watching the fights isn’t what it used to be. Excuse my old man rant for a second, but back in my day there were usually three, if not more, big-time fights on a card. Now we’re lucky to get two. The sport is becoming saturated, but that’s a story for another time.

On the bright side, the difference between now and, let’s call it 5 years ago, is legal sports betting which can make even the most boring fight on paper thrilling to watch. With that said here are three fights I’m focusing on come Saturday night.

Matthews and Akman are the main event of the preliminary card. According to the Draft Kings Sports Book App the fight is expected to go off around 9:45 p.m. eastern time.

What I like about this fight: I’ve seen Matthews fight a few times. He’s a regular whenever there’s a fight in Australia or New Zealand as he’s local to the land down under. Matthews, who is only 25, has been in the UFC since 2014 and has an up-and-down history, going 7-4 never really finding any rhythm. This fight could be just what the doctor ordered in front of a home crowd.

Akman, on the other hand, will be making his octagon debut, which is always intriguing. To be transparent, I don’t know too much about him

My prediction: I like Matthews by stoppage. I think Akman will press too much and try to make something happen in the fight, giving the young veteran a chance to finish the fight. This prop is currently going for +175 on the Draft Kings Sports Book App.

Iaquinta and Hooker are the co-main event for the upcoming pay per view. According to the Draft Kings Sports Book App the fight is expected to start at 11:45 p.m. eastern time.

What I like about this fight: To be frank, it’s the second-best fight on the card. It has the most appeal and the two biggest named fighters that aren’t the main event.

To give more detail, Iaquinta is most known for, one, being an angry man. They don’t call him “Ragin'” Al for nothin. Two, he went the distance with Khabib Nurmagomedov on short notice back in 2018. Iaquinta does the little things right and is particularly good on his feet. He’s been in the UFC since 2012, making him a seasoned veteran compared to his adversary. Iaquinta is the sixth-ranked lightweight in the UFC.

Dan “The Hangman” Hooker, on the other hand, has only been in the UFC since 2014. He is experiencing his first time in the rankings as the fifteenth best in the division. He’s found himself in a groove lately, winning five of his last six. Save for a TKO loss to Edson Barboza in December 2018 he’s been damn near perfect since 2016 with four knockout wins and one submission win. Dude’s a beast.

My prediction: I like Hooker by stoppage here. This prop is going off at +250 on the Draft Kings Sports Book App. Sure, Iaquinta hasn’t been stopped in the octagon since 2014, but he hasn’t faced anyone with Hooker’s length and finishing ability in some time, if ever. I like Hooker to make a statement in front of the “hometown” crowd (Hooker’s from New Zealand) and work his way into the top ten.

There was no chance I’d skip the main event. The Draft Kings Sports Book App says this fight will start around 12:30 a.m. on Sunday morning.

What I like about this fight: It’s the main event and a belt unification, what’s not to like?

On a serious note, I love Robert Whittaker. He’s super fun to watch and an outright likable guy. Israel Adesanya, on the other hand, is one of the most electric fighters and hotly talked about guys in the UFC right now. This is the fight everyone’s been waiting for in the middleweight division. Between Whittaker having the weirdest title reign ever, going from possibly fighting Michael Bisping to having to postpone the fight to take on Yoel Romero then sitting out a year in recovery, he never really had the chance to get going and defend his belt while Adesanya slowly climbed the ranks and beat Kelvin Gastelum to take the interim middleweight belt back in April 2019. As former referee “Big” John McCarthy would say, “Let’s get it on!”

The first play I like: Right off the bat, no teaser or intro, I like Bobby Knuckles, Robert Whittaker’s moneyline going at -106 on the Draft Kings Sports Book app. No slight to Adesanya but I don’t think he’s fought anyone quite like Whittaker before. He and Gastelum have similar styles where they’ll stand and throw hands all day long, but Gastelum is a natural welterweight whereas Whittaker is every bit of 185. He can supply more power than Gastelum and is every bit as technical. Adesanya is a hell of a fighter, I just believe Whittaker has the advantage of octagon experience.

The second play I like: Over 3.5 rounds going for -134 on Draft Kings. These fighters will go to at least the fourth round, no doubt in my mind. This one, in my opinion, is easy money. I doubt the fight will end before the fourth round.

Third and final play I like: Give me the fight to go a full five rounds at +130 on Draft Kings. Neither fighter has a history of losing by stoppage. Two warriors go the distance and give the audience the fight they deserve. Everyone wins.