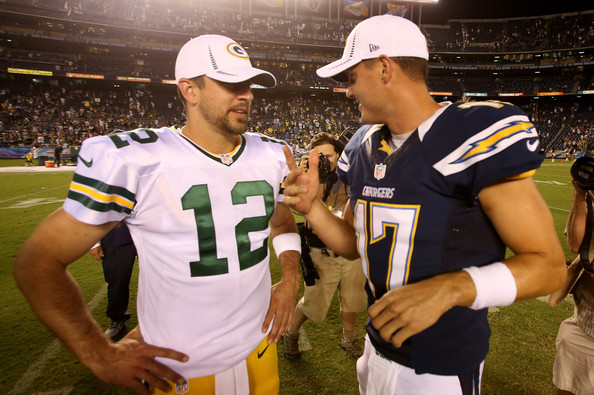 “If all your friends jumped off a bridge, would you?” Most people can recall a time in their childhood where they were asked this very question. It’s ingrained in all of us as it served as the first line of defense to combat peer-pressure. Every parent’s big swing at instilling non-conformity and teaching the mental strength required to standalone. Be a leader. Don’t follow the crowd.

The advice is very prevalent in the gambling world. Follow the crowd, and you will end up just like them. Most of the crowd are not winners on Sunday. That’s the essence of gambling. The public drives sports wagering at its core. The odds are meticulously crafted by public perception and shrewdly shifted based on public reaction. It’s a daily cyclical challenge, the sportsbook against the public. Which side would you rather be on?

As a general rule of thumb, betting against the public is a smart play. For years, it’s been a profitable strategy. Plan on fading the public every Sunday? Not so fast. As sports wagering’s explosion in popularity continues to reach new heights, the public is putting up a much better fight in the NFL. As gambling becomes more mainstream, bettors are becoming more educated and nuanced. The availability of data has significantly increased and social media platforms give the public unlimited access to professional sports gamblers who are capitalizing on the market.

The NFL is a league that prides itself on parity. The unpredictability of each week is a major part of the allure. Each Sunday afternoon, locks become unhinged and the safest bets are the most dangerous. When we focus on those games in which the public has the greatest investment on a particular side, the public has been holding their own this season. If we isolate the four teams with the highest percentage of bets each of the first eight weeks, 16 of 32 teams were winners. Here are the records each week of the four teams with the most public investment.

There were only three weeks (1,2,7) where an approach to bet with the public would place you on the winning side of the margins. The individual game odds shift those 2-2 weeks into the red. The most interesting dynamic of the data is that shows how successful public-heavy teams were the first two weeks, and the subsequent adjustments by the oddsmakers after. The public only netted one successful week after Week 2, going 2-6 in the proceeding two weeks.

The public has had some success, specifically in the game they most heavily back. This is a trend we could earmark to monitor on a week to week basis. If we isolate the game with the highest public investment each week, the public backed team has won 67% of the time (6-3). That trend started off strong early in the season with wins the first 3 weeks and has evened out as the season progresses.

*Note: Two teams tied for the highest percentage of bets at 74%, so we used the results of both games.

Wagering on the NFL does not come with a cheat code, and I am surely not recommending using one singular strategy to bet on NFL games. The goal is always to make an informed wager. Gathering as much valuable information as possible and analyzing the importance of each factor. Blindly backing or fading the public comes with significant risk, but the distribution of the public money each week is still valuable information. Let’s look at the four teams receiving the highest percentage of bets for Week 9 and identify some winners!

The 7-1 Packers have full control of the NFC North and have joined the 49ers and Saints as Super Bowl contenders in the NFC. The Chargers are coming off a much-needed win in Chicago, and have fired OC Ken Whisenhunt in an effort to spark the team for a run in the second half. The Packers have covered in each of their last four road games, and the Chargers have little to none home-field advantage since relocating from San Diego. Green Bay is 3-0 against common opponents (Bears, Lions, Broncos) while the Chargers dropped games to both Detroit and Denver. The Packers also hold a 285 yard net yardage differential advantage in those three games that featured common opponents. Add the fact that the Chargers are 1-4-1 ATS following an ATS win, I think the public investment is validated. Rodgers will most likely get Davante Adams back, and I don’t think LA adding an inexperienced play-caller to the mix is going to be enough to keep pace with the Pack. The succcess of the public in thier highest backed game should continue. Green Bay -3.5 is the side.

Here are the three remaining heavily backed favorites the public is investing in, that I do not have confidence in. These are games in which it’s probably best to listen to that voice in your head that is screaming “Do not follow the crowd”.

Denver starts QB Brandon Allen who will certainly be a variable. I expect the Broncos to be very conservative and run heavy against a Browns defense that is not very stout. I am not sure the Broncos defense is the right matchup for Baker to get the Browns offense moving against. Cleveland is tied with Miami, Tampa Bay, and the New York Giants for most giveaways per game. I can not recommend giving 3.5 points on the road with all those giveaways in a low-scoring game. Hard pass.

The Colts have been a sneaky surprise this season, but I think the Steelers are flying under the radar here. Both teams have done well against the number with 4 ATS wins. The strength of this Steelers team is the defense, which has improved since they added Fitzpatrick at safety. The Colts are a little banged up in the secondary, and will have trouble dealing with Pittsburgh’s speed on the outside. Despite their 3-4 record, Pittsburgh has held their own against top tier teams like the 49ers, Ravens, and Seahawks. I have concerns that winning their 4th straight game against a tough Pittsburgh defense, in their own backyard, is asking a little too much out of the Colts. I would side with the Steelers here.

Dallas gets the benefit of coming off their best game of the season where they dismantled the Eagles in front of a national audience. All the key ingredients for the recipe of an inflated line caused by a public overreaction. These two teams met in the opening week, but this time it’s in New York where Dallas has already dropped a game to the hapless Jets. Divisional underdogs are 19-15 ATS on the season, and a healthy dose of Saquon Barkley could keep this one close. The Cowboys are not very good at stopping the run on early downs this season and are 1-2 ATS as a road favorite. This is a big number that provides value for the Giants that I would not pass up especially if it climbs back to 7.5.