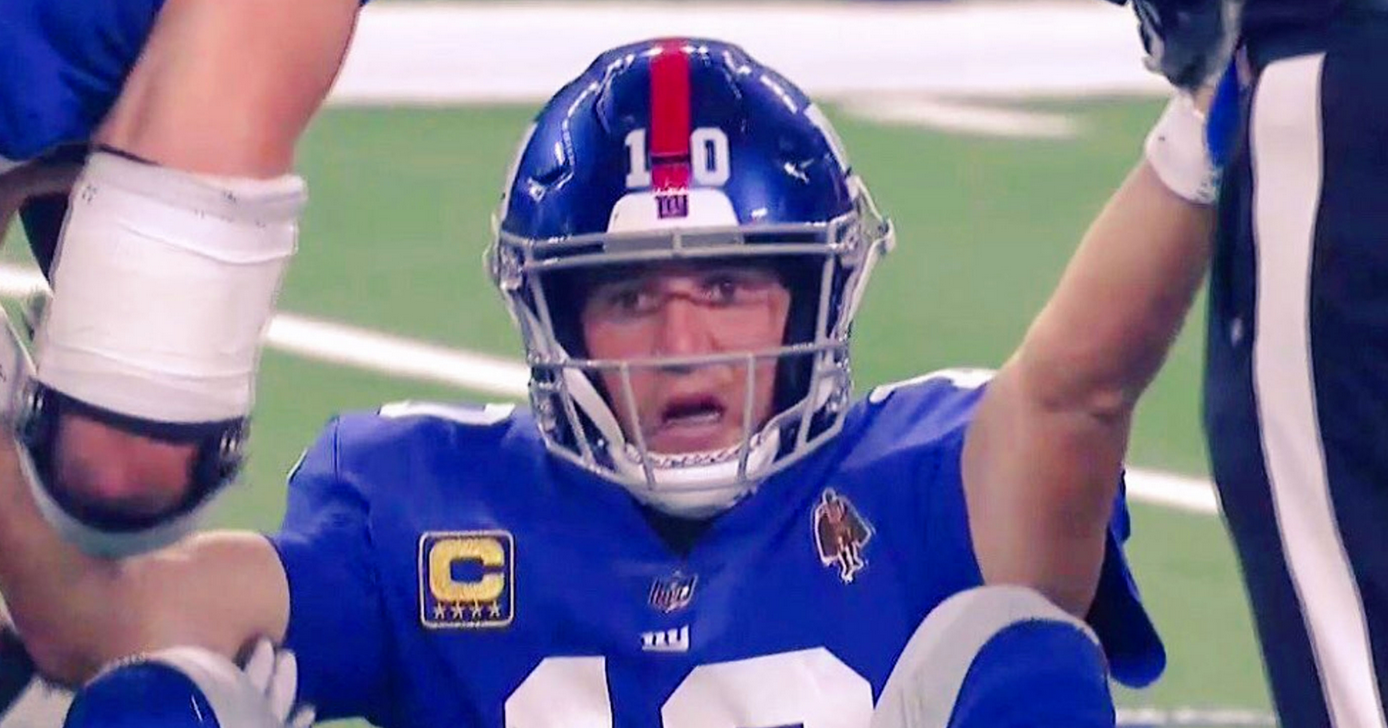 The Philadelphia Eagles don’t deserve to be in the playoffs, but they’re in the NFC East and an opportunity is still right out there in front of them.

But before the Birds talk postseason, they need to win a game first. And not only win a game, but play a complete one. They’ve yet to have a performance this year where all three units, offense, defense and special teams, all played well in the same game.

That needs to change Monday.

If there was a positive to take away from the meltdown in Miami, it was that Alshon Jeffery had by far had his best game of the season. He was targeted 16 times, the most he’s had in 2019 by four targets, and hauled in nine of them for 137 yards and a touchdown.

The Eagles don’t have DeSean Jackson and haven’t gotten any production out of anyone opposite Jeffery. Jordan Matthews and Mack Hollins have both been cut, separation from the wide receivers as a whole has been minimal, so Sunday became a day where Carson Wentz force fed Jeffery the rock.

And Jeffery is someone you can throw the ball to, even if he is covered.

“He and Carson were on the same page,” Eagles offensive coordinator Mike Groh said. “Showed good energy. Attacked the football. Made some tough and contested plays as well. We moved him around. Those guys, they did a nice job.”

Speaking of Hollins, he hadn’t recorded a catch since Week 5. His release allows more playing opportunity for rookie J.J. Arthega-Whiteside and Greg Ward.

Zach Ertz unusually struggled with the drops last week, but he’s also being taken away on third down a lot more so this year. Despite all of the double teams and unique coverages that have been coming his way, the Eagles still rank sixth in the NFL (45.40 percent) on third down.

The Eagles have thrown the ball 72 percent of the time during their three-game losing streak.

Part of the reason for this probably had to do with the fact that Jordan Howard has still yet to be cleared for contact for a shoulder injury he suffered against Chicago over a month ago. The other reason, Miles Sanders hadn’t emerged yet.

The pass-run ratio numbers obviously need to change. Howard is the in-between-the-tackles runner, while Sanders is more comfortable in space and being along the boundaries. But the past few weeks have shown that Sanders can run it inside too. He’s been hitting the hole more decisively and finding the cutback lanes more consistently.

“Jordan brings a different style, I guess, just his dynamic style. He’s more of an in-between-the-tackles guy,” Eagles head coach Doug Pederson said. “I think one thing you saw this past week with [RB] Miles [Sanders] is he’s capable of doing that a little bit. He’s a one-cut guy or a jump-cut guy. Make the first guy miss and continue on. He had some really good runs that way.

And the run game, it does change from week to week based on structure of defense, too. So that changes just a little bit, and really in the last three games the style of defenses and the structure that we faced, so that changes as well.”

Sanders did have a career-high 17 carries last week, but the pass-run ratios need to be evened out considerably and Sanders has shown he can take on more of a workload.

Daniel Jones has a high ankle sprain and it appears that Eli Manning is going to get at least one more chance at Philadelphia.

Jones has started the last seven games, taking over for Manning in Week 3 after he also coincidentally suffered a high ankle sprain.

“Eli is a legend: He sees the field so well and he understands the game so well,” Giants second-year running back Saquon Barkley said. “They are both great quarterbacks, and I’m not here to compare and contrast Eli versus D.J. But Eli has seen every defense, so it’s like second [nature] to him.”

One jump ball after another, the Eagles secondary had no answer for DeVante Parker and Mike Gesicki. Grant it, those guys had several inches over the defensive backs of Philadelphia.

“There is no excuse,” Eagles defensive coordinator Jim Schwartz said. “There are tall receivers in the league. Our corners can jump. Sometimes you get a ball caught over you and you come back and you play the next one. You’re not going to win 100% of those all the time.

Like I said, we were probably in that 65% of winning those over the last month, and in this game we were whatever the four of 13 is, 30% or whatever it is. We were down in there. You just have to win your fair share of those and get them stopped in other ways.

When you combine those plays that they made and a penalty that keeps the drive alive or them going for it on a fourth down or whatever else, then you end up in the position that we were in. We went through a lot of different things to try to settle guys down.

We had one series where I just said on the sideline, ‘Look, we’re just going to be basic defense just to settle down, training camp type stuff.’ In the past, now that we’re playing the Giants, we did that last year when we played the Giants in the second half. We really trimmed everything and just said, ‘Look, let’s just get comfortable and just go play.’

“We started off the game so well, too. It wasn’t just that. There are some times we struggle defensively and things like that, but the way we started that game, interception on the first play and then two quick stops and sacking the quarterback and everything else.

And then all of a sudden they get a wildcat run for a little bit of yards and then we get it stopped and we get that fourth down play and got a chance — I really think that was such a critical point of that game. That just gave them life. They were able to make that play. The quarterback threw a 50/50 ball up there. They made it; we didn’t.

But not only they made it, but they scored a touchdown. That gave them life to get back into the game. And that’s up to us. That game is 100% on the defense. We always feel if you give us 20 points we should win the game, and we certainly got more than 20. We didn’t do our jobs in that game, and as a result we got a loss.”

Barkley had yet to top 83 yards rushing in his first seven games with Jones at the helm.

He does have a history of success against the Eagles. Two of his top five performances came against the Birds, including one where he put up a career-high 230 total yards in East Rutherford a year ago. He had 142 yards in the other contest.

“The first game I just got in a groove,” Barkley. “The second game we were able to run the ball really well and get up early. But that’s last year. You can go back and watch the film, which I did, and see the success I was able to have and when I wasn’t able to. I’m just going to try to have more success against them.”