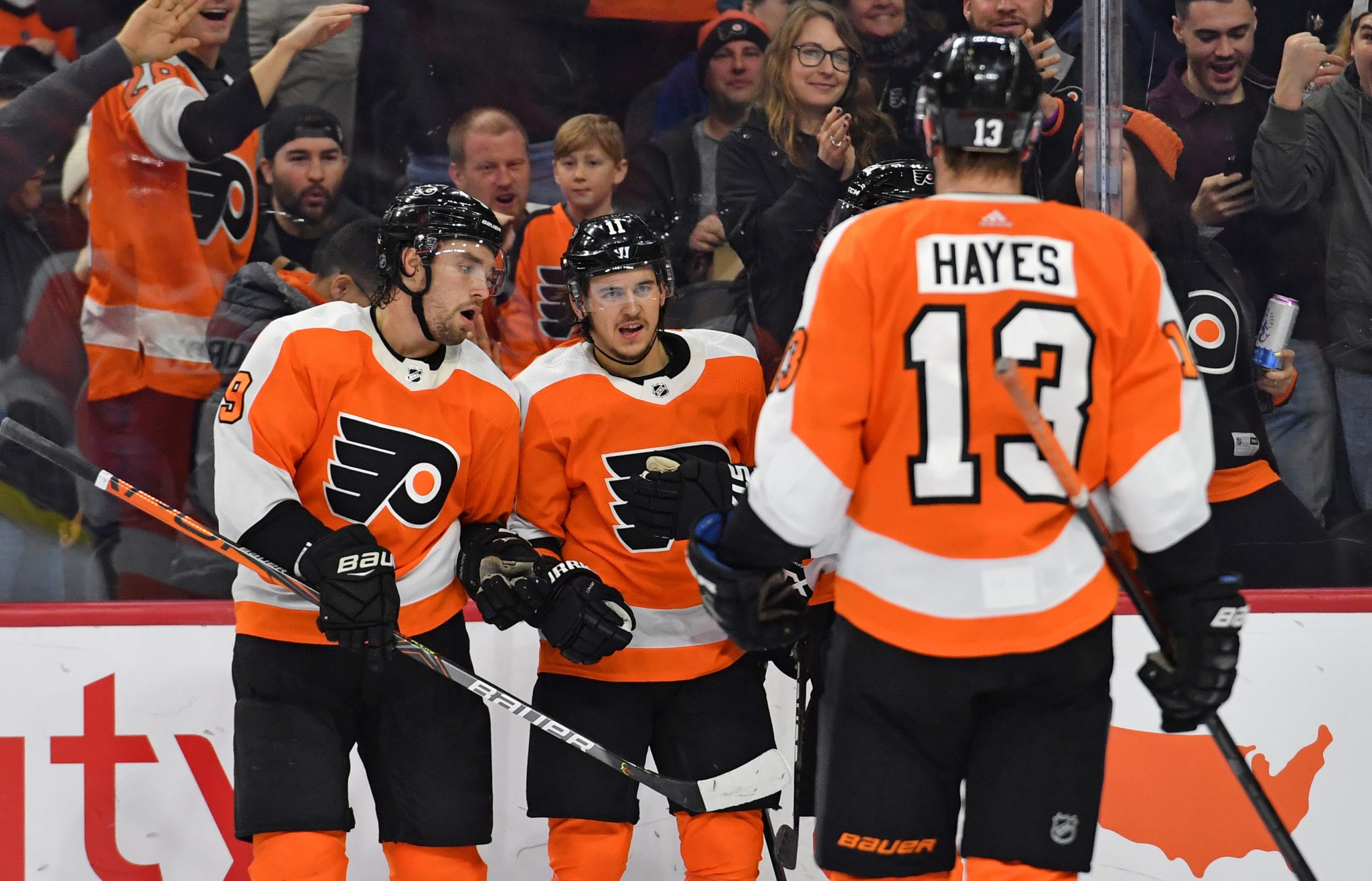 Travis Konecny and Kevin Hayes were limited in Saturday’s home win over the Winnipeg Jets, but the Philadelphia Flyers duo would not be denied in Tuesday’s inter-conference showdown.

The pair combined for six points in the Flyers’ 4-2 victory at the Wells Fargo Center over the visiting San Jose Sharks. It was the Flyers’ fourth-consecutive win which keeps them well in the hunt for a Metropolitan Division title.

Nicolas Aube-Kubel’s power play goal 1:32 into the opening period kicked things off on Broad Street as the Flyers took an early advantage. Matt Niskanen and James van Riemsdyk were awarded assists on the play allowing Aube-Kubel to score his sixth goal of the season.

Joel Kellman registered his second-career NHL goal to tie things up for San Jose the 6:30 mark. It was his second goal against the Flyers and first since a 6-1 beatdown of Alain Vigneault’s back in December.

The Flyers began pulling away in the second period with Hayes and Konecny both getting on the scoresheet. A nifty pass from Scott Laughton to an open Hayes allowed the veteran to rip a wrist shot past Aaron Dell for a 2-1 Flyers advantage.

It was another odd-man break from the Flyers to extend their advantage to two goals with 10:19 remaining in the second period. Hayes fed Konecny with a pass allowing the winger to beat Dell fivehole for his 22nd goal of the season.

Hayes would register his third point of the game with a bit of luck bouncing his way. A mishit shot from Laughton bounced to the forward who made no mistake from close range, making it 4-1 Flyers.

Noah Gregor would pull a goal back for the Sharks with under 12 minutes remaining, but it would be a mere consolation in the final scoreline.

Carter Hart finished with 26 saves in goal for the Flyers, who also saw Nate Thompson and Brian Grant make their team debuts. With the win, the Flyers remain in third place in the Metro, but are closely behind both the Washington Capitals and Pittsburgh Penguins.

Up next for the Flyers is a home date with rivals New York Rangers on Friday before visiting Madison Square Garden for a second meeting on Sunday.