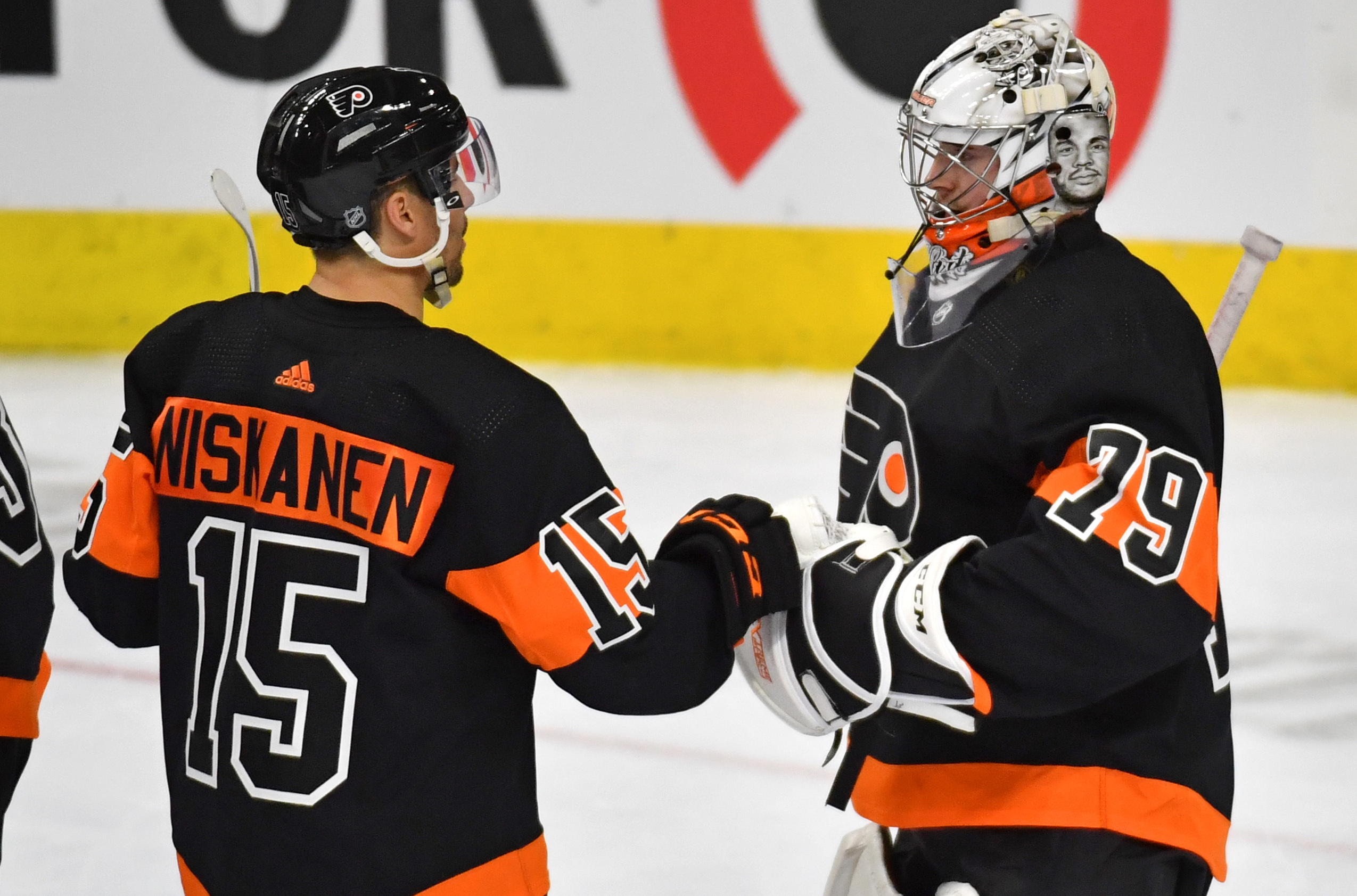 The Philadelphia Flyers made it back-to-back wins over rivals New York Rangers on Sunday after a 5-3 victory at Madison Square Garden. Alain Vigneault’s scored three power play goals and one penalty kill goal en route to a sixth-straight win, which moves them to one point behind Metropolitan Division leaders, the Washington Capitals.

Matt Niskanen’s rebound finish 1:32 into the opening period kicked off the action from New York as the defender scored his eighth goal of the season. Travis Sanheim’s shot hit the post before Nicolas Aube-Kubel passed to Niskanen who made no mistake from close range.

“The general theme with us lately is ‘Stay hungry.’ Keep pushing for more,” Niskanen said.

The power play was at it again late in the period with Sean Couturier scoring from a rebound. Travis Konecny and Jakub Voracek linked up before the winger’s shot deflected off Henrik Lundqvist, allowing Couturier to pounce on the rebound. Couturier’s strong 2020 continued with the center recording his 21st goal of the season.

Michael Raffl continued Philly’s strong special teams day, scoring a shorthanded goal with 2:07 remaining in the first. He deked Lundqvist before backhanding a shot into the top right corner of the goal.

Derek Grant recorded his first goal for the Flyers in the second period, giving the recently acquired center his first point with the team. Grant came on a breakaway, beating Lundqvist for his 15th overall goal this season. He finished with a two-point night.

“It’s always nice when you join a team to get a goal early… The guys and staff have been great,” Grant said.

Mika Zibanejad pulled a goal back for the Rangers later in the second period, but Travis Konecny would add to the Flyers lead with another power play finish. Voracek wristed a shot towards goal, which Konecny stuck a stick too and beat Lundqvist for his 22nd goal of the season. Konecny joined Simon Gagne and Mike Richards as the only Flyers players in the last 21 years to record 60 points in a season under the age of 22-years-old.

Carter Hart finished with 22 saves to earn only his fourth road win of the season in the process.

The Flyers will travel to Washington on Wednesday for a showdown with the Capitals before returning to the Wells Fargo Center on Thursday. A date with the Carolina Hurricanes comes on Thursday, another team fighting to stay in the mix for a playoff spot.