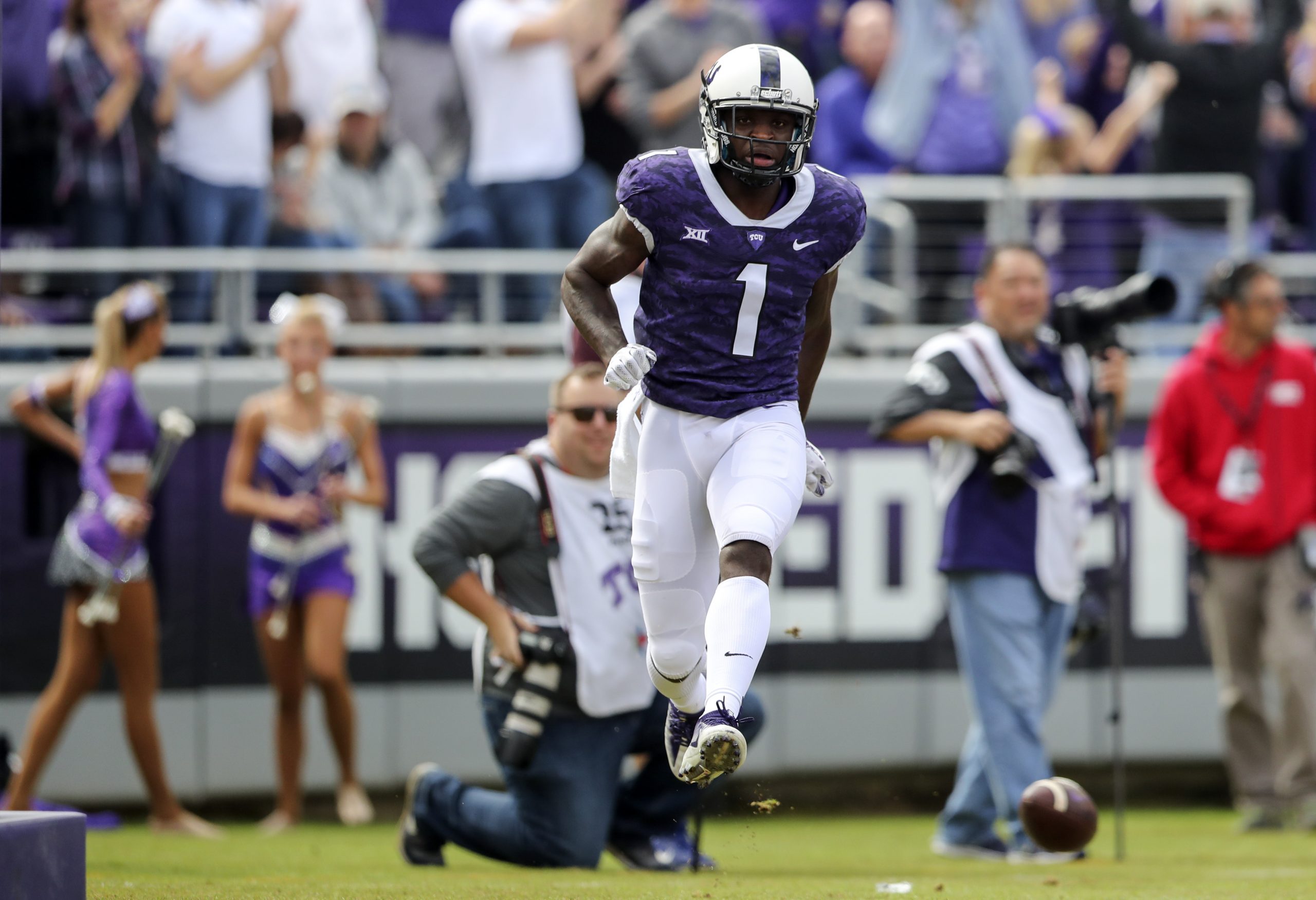 The former TCU product was an explosive wide receiver in the Big 12 for the last three years and now needs to make an immediate impact in the NFL this season. Reagor’s ability to burn defensive backs and make circus catches is an eye-catching positive going forward, but his production took a major hit in 2019 playing with a freshman QB in Max Duggan.

TCU and Dallas Cowboys reporter Carlos Mendez has watched Reagor during his collegiate career in Texas and sat down with Fox Sports The Gambler and Philly Influencer contributor Larry Henry Jr. to talk about Carson Wentz’s newest offensive weapon.

Here’s the Q&A between Henry Jr. and Mendez:

Larry Henry Jr.: The Philadelphia Eagles desperately needed a wide receiver in the first round of this NFL Draft. Jalen Reagor brings speed, versatility, and good hands to the group. What did you think of his college career?

Carlos Mendez: “Nice career filled with a lot of SportsCenter highlights — a 93-yard go against Stanford in the Alamo Bowl, a Hail Mary catch against SMU when he outjumped five guys, a jailbreak screen against Baylor that he housed while evading about seven tackles, two incredible leaping catches against Oklahoma State last year, an untouched jet for 83 against them in ’18. The numbers didn’t pile up to the sky because he never had premium quarterback play, but he still caught the second-most TDs in school history in just three years.”

LHJ: Jalen’s production dipped a little in 2019 compared to 2018. I watched some of TCU Football, but can’t say I watched all of their games. Any reason for his drop?

CM: “They tried to ball-control it a little bit because they had a freshman quarterback and two good running backs. The QB took a while to settle in with all his targets.”

LHJ: He is a live wire whenever he gets his hands on the ball. What makes this guy so good?

CM: “Speed, leg strength, and competitiveness. He was a sprinter and champion long jumper in high school, and you know those events require straight-line speed and huge takeoff. Naturally, it showed up in his terrific vertical and broad jumps at the combine. And he wants to score one every play, or get the most yards possible. He is intensely competitive and packs a lot of punch in his frame.”

LHJ: His stock rose throughout the NFL offseason despite their not being a full combine process with the COVID-19 issues. Any reason why teams started becoming more interested in him?

CM: “The combine numbers spoke for themselves. Then, the more you study the film, you know what you’re seeing.”

LHJ: With the Eagles needing help immediately in 2020 at WR, how do you see Reagor jumping into the fold?

CM: “He brings immediate help. What level of impact he makes depends on how much trust he earns, his understanding of the scheme, how healthy he stays and how he responds to the best competition he’s ever seen. An abbreviated training camp, if it’s necessary, is a wild card.”

LHJ: Do you see Reagor continuing as a special team threat in the NFL? I know he was a punt returner and kick returner in the Big 12.

CM: “I’d let him do it, and yes, I believe he would be a huge threat. He loves doing it and knows how. But this is a first-round investment. NFL teams are notoriously jittery about exposing front-line guys to special teams injury. But I’d run him out there.”

LHJ: Where does Reagor rank among the top TCU wideouts that you’ve seen during your time covering the team?

CM: “He’s the most explosive. Josh Doctson topped him in athleticism, hands, and reach. But Reagor is more powerful, tougher to tackle and — not that Doctson wasn’t — more competitive. Seriously, this is a guy who doesn’t play around. The Birds got a good one.”