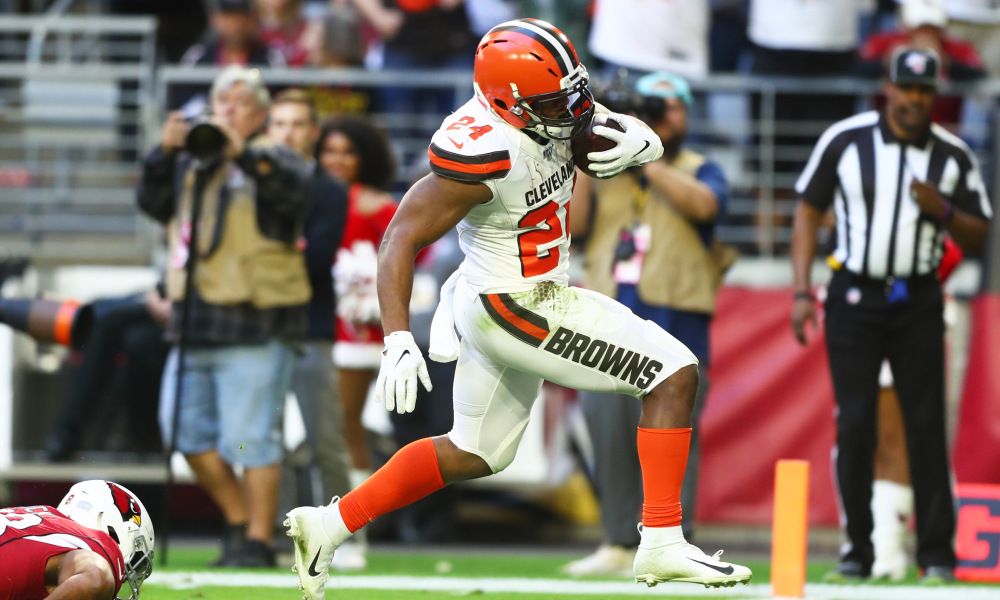 There are a few distinct elements that make the National Football League the most popular sports league in North America. Every season it brings fans hope; there is always something to get excited about for each rabid fanbase in the 32 cities that NFL franchises call home. Parity is produced by a salary cap in a game where it takes 53 players working in unison to find success. There is very little downtime and franchise fortunes can change drastically in one off-season. From free agency to the draft, rebuilds can accelerate faster than Lamar Jackson can run away with the MVP trophy. The fans always have hope this time of the year.

How can you predict future performance in a league that is so unpredictable? Every franchise is surrounded by excitement. Every summer, rosters are turned over and front offices can’t wait to see their new free agents, rookies, and coaches validate all their hard work by producing results on the field. Here’s the cold reality: it doesn’t work for everyone.

This summer, I will dig into all the NFL teams to uncover which teams are more likely to find success when they take the field in September. The Futures Faceoff will examine two teams with similar win totals, and predict which team is the better investment for this upcoming season. I will take a look at the odds, offseason changes, schedule, and much more as I separate the offseason smoke from the teams that you can bank on.

There is no better way to kick off the series than by looking at two teams that have greatly impacted each other this offseason – the Cleveland Browns and Minnesota Vikings. The Browns were the NFL’s biggest underachievers last season, while the Vikings overachieved by upsetting the New Orleans Saints on Wild Card Weekend. The Browns hired the Vikings’ offensive coordinator Kevin Stefanski as their head coach in hopes he can replicate Kirk Cousin’s success with Baker Mayfield as he enters a pivotal third year.

Kevin Stefanski was able to bring Mike Zimmer’s vision to life by designing a very run-heavy, play-action based scheme that efficient enough to land the Vikes in the top 10 of the league in offensive DVOA. The transition from Stefanski to Kubiak should be seamless, as I expect Minnesota to continue to rely heavily on the legs of Dalvin Cook. The real question surrounding the Vikings’ offense in 2020 is whether they can function at a high level without Stefon Diggs. The Vikings’ success running the ball was more volume-driven, as they ranked top five in the league in rushing attempts, but with a very mediocre 4.4 yards per rush. If Cousins isn’t able to make as many plays through the air, will a Vikings’ running game sputter towards the bottom half of the league?

If it isn’t the ingredients, it’s gotta be the kitchen. That was the story of the 2019 Browns offense as Freddie Kitchens’ squad fell well short of the huge expectations set forth for the offense. Kitchens’ philosophy was a classic example of trying to make the players fit your scheme versus implementing a scheme to create a successful platform for your players. The Browns look to benefit greatly from Stefanski’s run-heavy, two tight end, power formations in 2020. While everybody focuses on Baker Mayfield and Odell Beckham Jr., it’s Nick Chubb who’s the rising star and the engine of this offense.

The Browns were tied for fourth in the NFL with 4.8 yards per rush, the same average as the defending NFC Champion San Francisco 49ers. Now take a look at Cleveland’s off-season moves. The Browns’ intentions are clear. They will run the ball. They traded for fullback Andy Janovich and tight end Austin Hooper. They added two high-level tackles with ex-Titan Jack Conklin and Alabama’s Jedrick Wills. Their ability to run the football and line up with multiple tight ends will make life much easier for Baker Mayfield as he enjoys some of the schematic advantages that helped Kirk Cousins last season.

Defensively, Minnesota’s roster is being overhauled in two places that matter most in the NFL – cornerback and defensive line. Everson Griffen and Linval Joseph are gone up front, while Xavier Rhodes, Trae Waynes, and Mackensie Alexander have all departed from the secondary. The Vikings did draft TCU star Jeff Gladney into the fold, but replacing your top three cornerbacks on a team that PFF ranked as a top three coverage unit definitely raised some eyebrows. Mike Zimmer is a great defensive mind, but this is a lot of turnover in a season with a unique offseason structure.

Cleveland brought in Joe Woods from San Francisco to run a defense that was in the bottom half of the league in most statistical categories. The strength of the Browns’ defense is the secondary, as they have added Grant Delpit and Karl Joseph to a group that already included young playmakers Denzel Ward and Greedy Williams. Myles Garrett doesn’t have much help along the defensive line, but was still able to carry the Browns to a respectable sack rate. Any slight improvement for the defense will most likely be a byproduct of playing alongside a successful offense.

Not too many people associate luck with the Cleveland Browns, but the schedule makers gave Cleveland a reason to bring back Believeland! Per Warren Sharp, who uses the average expected win totals from the Vegas books, the Browns have the third-easiest schedule in the NFL in 2020. Opening Day is as tough as it gets against the Ravens, but then they come home to catch the Bengals on a short week followed up by Washington. They wrap up the season with the Giants and Jets before drawing the Steelers in the regular season finale. I highlight these games because when looking at win totals, the beginning of the season is critical. A team like Cleveland needs to gain some momentum early in the season so the players buy into the new coaching staff. The Browns also face the seventh easiest schedule of teams in terms of defensive efficiency, so the table is set for Stefanski to build confidence in Baker Mayfield.

Minnesota’s schedule is more of a mixed bag. The Vikings have a very favorable home schedule including Atlanta early, along with the Lions, Bears, Panthers, and Jaguars in the second half of the season. Depending on the weather in Houston, they could possibly play five of their first six games indoors. Minnesota’s ability, or inability, to win on the road has always defined its seasons. Tough match-ups on the road at Tampa Bay and New Orleans in the last four weeks may define this season yet again for Zimmer’s group.

I expect both teams to be very close to the win total, but getting Cleveland at even money versus Minnesota at -143 is the right play. Betting Minnesota at -143 nets $69.93 per $100 wager, where Cleveland nets you a full return. For teams with similar outlooks, it’s the Vikings that could realistically take a step back on both sides of the ball in 2020. The assumption that Justin Jefferson will be able to fill the shoes of Diggs is optimistic to say the least. While it’s certainly possible Jefferson can have just as good a career as Diggs, we are only evaluating the expected results of the 2020 season when wagering on win totals. Zimmer’s teams will always play solid defense, but this could be a transitional year where the turnover catches up with them. The combination of a new secondary and depleted pass rush could make Minnesota an average unit, putting more of the burden on the offense. Do you trust Cousins to respond with fewer weapons? There are just too many uncertainties with the Vikings on both sides of the ball to warrant betting into -143.

The Browns provide enough upside to warrant the risk at +100. Stefanski’s impact on Mayfield should be significant even if Mayfield won’t see the volume of throws. The Browns were a .500 football team when Mayfield threw 35 times or less, and 1-5 in games in where he had to sling it more. Stefanski’s run-heavy approach will have the Browns playing to their strengths in Chubb, who was only six yards shy of eclipsing 1,500 last season. Stefanski dialed up the run 29 times per game in Minnesota – if he commits to Chubb in a similar fashion, expect to see big results. The Browns were 3-1 in games where they rushed at least 29 times, including putting up over 40 points twice (Ravens and Dolphins) last season. Factor in that these offenses averaged a very similar 5.7 (Vikings) and 5.6 (Browns) yards per play in 2019, tells me that Cleveland’s roster is strong enough to expect a very similar result in terms of efficiency. Scheme and play-calling should be enough to have the Browns’ offense running away with the cash in 2020.