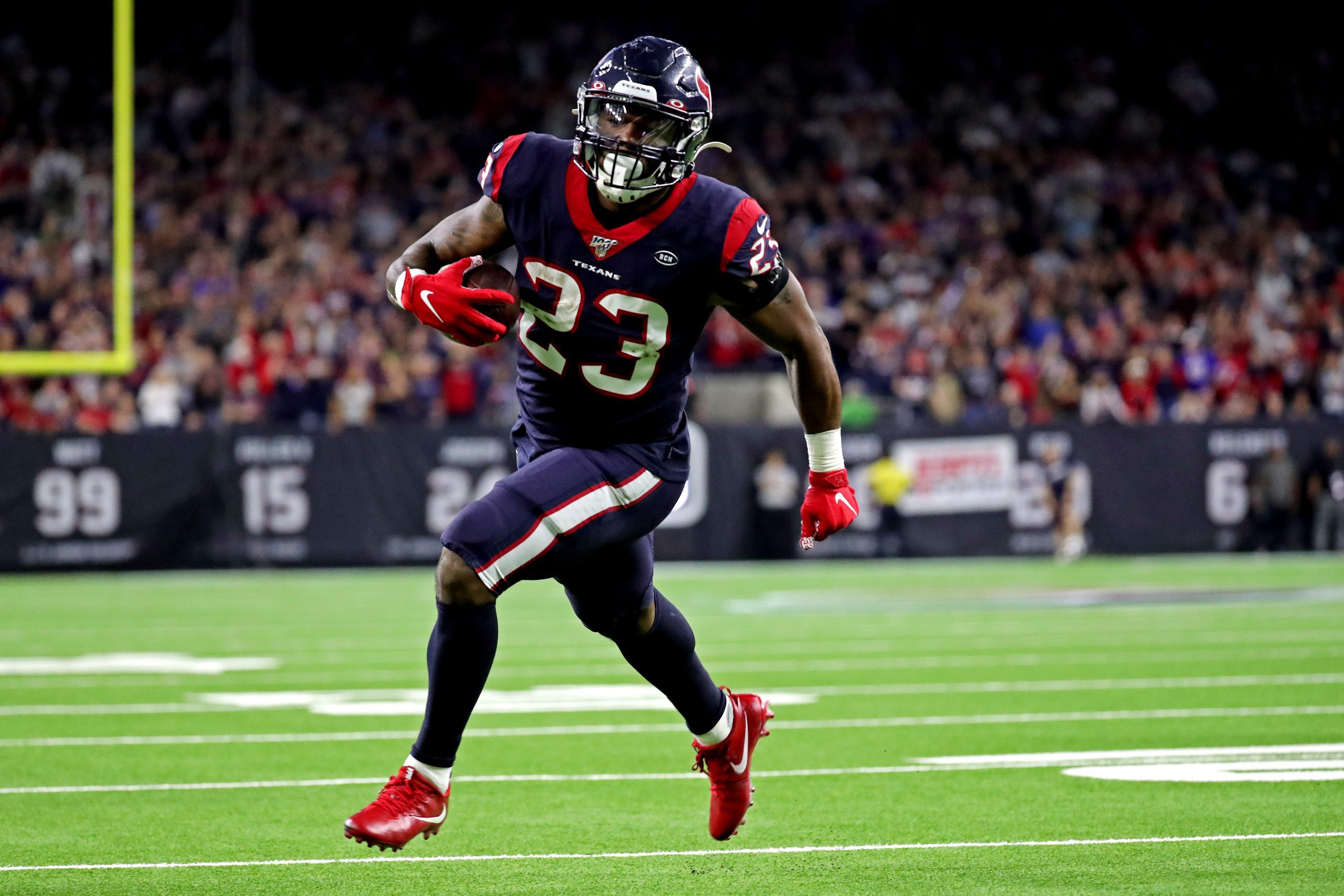 The Philadelphia Eagles are reportedly seeking a veteran running back for the 2020 NFL season.

After signing Corey Clement back to the team last week, the Eagles are now targeting veteran tailback Carlos Hyde, NFL insider Adam Caplan reports. Hyde, 29, is coming off a strong season with the Houston Texans, where he totaled 1,070 rushing yards and six touchdowns in the full 16-game regular season.

“They want to sign a veteran running back,” Caplan said in the latest episode of the Inside the Birds podcast with Geoff Mosher. […] The guy that I know they have some interest in, and we’ll see if it happens, is a guy that’s really, really talented. […] The Eagles, I’m told, have interest in him. […] I’m told Hyde is a guy they’re targeting.”

After losing Jordan Howard in a trade with the Miami Dolphins and Darren Sproles to retirement, the Eagles could desperately use a veteran figure in the tailback corps. Miles Sanders had an eye-catching rookie season, but the Eagles don’t have a true NFL veteran at the position.

A former 2014 draft pick by the San Francisco 49ers, Hyde played four seasons on the West Coast. He rushed for over 2,900 yards and 21 touchdowns while adding over an additional 600 receiving. He began the 2018 season with Cleveland Browns, but was eventually added by the Jacksonville Jaguars after just six games in Ohio.

In his two career playoff appearances, Hyde totaled over 100 combined yards in games against the Buffalo Bills and Kansas City Chiefs.

Hyde is scheduled to turn 30-years-old in September and would resemble the past signing of LeGarrette Blount back in 2017.