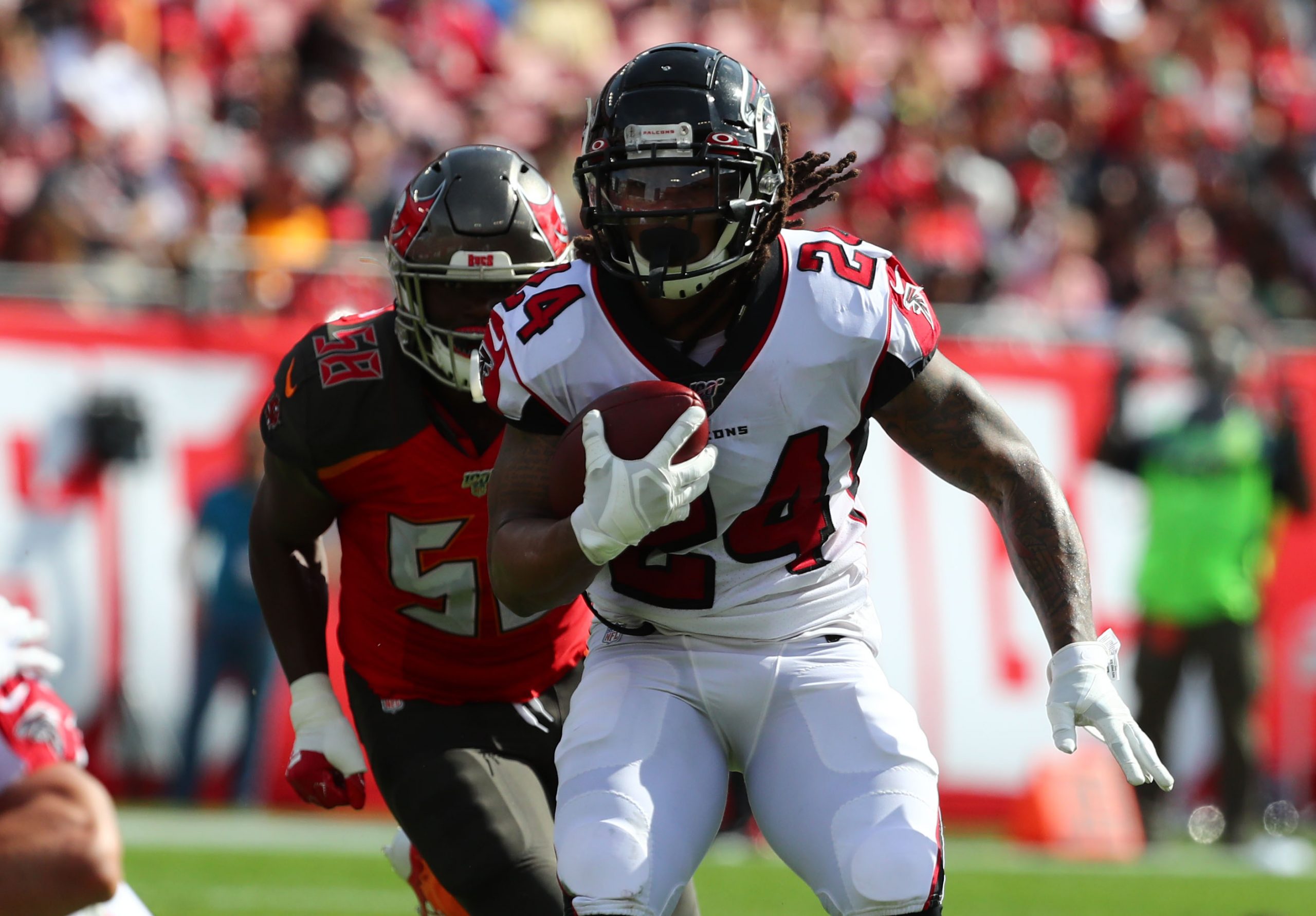 The Philadelphia Eagles are reportedly looking to add a veteran running back to the mix for 2020 and three names have emerged as candidates.

According to ESPN’s Tim McManus, Devonta Freeman, LeSean McCoy, and Carlos Hyde are linked with to the Eagles after not being re-signed by their respective teams. Hyde has been mentioned earlier this spring with the Eagles, but Freeman is a new target for the Birds.

In addition, Eagles running back coach Duce Staley has advocated adding Freeman to the team.

Freeman, 28, saw his numbers take a hit in 2019, rushing for only 656 yards and two touchdowns with the Atlanta Falcons. The former Florida State tailback has played his entire career to date with the Falcons, totaling 3,972 rushing yards, 2,015 receiving yards and 43 total touchdowns in six NFL seasons.

The Seattle Seahawks also are in the mix for Freeman’s services but have yet to agree to a deal with the free-agent back.

McCoy, the Eagles’ former second-round pick in 2009, is heading into his 11th season. The 31-year-old played his first six seasons with the Eagles, rushing for 6,792 yards and 44 scores on the ground. He also finished with over 2,000 receiving yards and an additional 10 touchdowns.

“Shady” spent the 2019 season with the Kansas City Chiefs, helping former Eagles head coach Andy Reid win his first Super Bowl as a head coach. He also played with the Buffalo Bills for four seasons from 2015-18 after being sent there by Chip Kelly in return for linebacker Kiko Alonso.

Hyde rushed for his first 1,000-yard season in 2019 with the Texans, finishing with 1,040 rushing yards and six rushing scores. 2020 will be the 29-year-old’s sixth NFL season after also seeing time with the San Francisco 49ers, Cleveland Browns, and Jacksonville Jaguars.

Last season, Miles Sanders rushed for 818 yards and three touchdowns as a rookie while also adding 509 receiving yards and an additional three scores. However, with the loss of Jordan Howard to the Miami Dolphins, the offense is left with no veteran option in the tailback corps.

Corey Clement was re-signed earlier this month and Boston Scott also remains a threat after impressing down the final stretch of last season.

The Eagles will look to build off a strong 2019 season which saw them finish 9-7 and win the NFC East Division before being eliminated by Seattle on Wild Card Weekend.