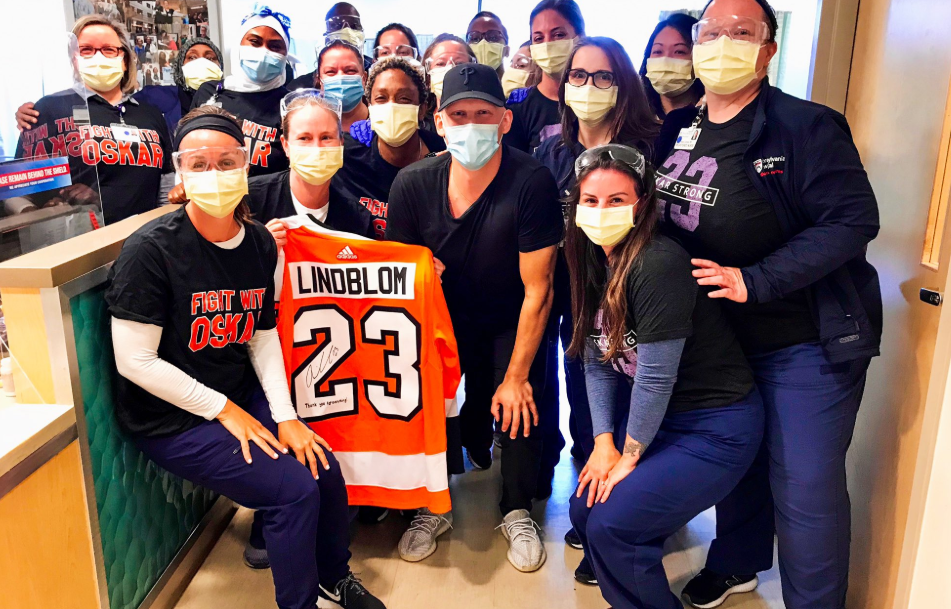 The Philadelphia Flyers announced on Thursday that Lindblom has defeated the disease and will now prepare for a return to the team for the 2020-21 NHL season. Lindblom was diagnosed with bone cancer in Decemeber 2019 and was officially ruled out for the remainder of the current season.

Lindblom was in the midst of his third National Hockey League season with the Flyers after being a former fifth-round pick of the Flyers in 2014. He had 11 goals and seven assists in 30 regular season games this season before beginning his chemotherapy treatments.

“I can’t say enough about this young man,” Flyers general manager Chuck Fletcher said. “Everyone can see the talent and impact that Oskar has had for us on the ice, but he is an outstanding teammate in our locker room and a genuinely good person. His attitude and strength through all of this is a tremendous inspiration for us all. Today is a great day. Congrats to Oskar. We look forward to having him rejoin our team in the near future.”

Lindblom recently took part in a skating session at the Flyers Skate Zone in Voorhees. He will now look to support his teammates from the sidelines with the 2020 NHL Playoffs set to kick off this summer, and the Flyers heading in as one of the top-four Eastern Conference teams.