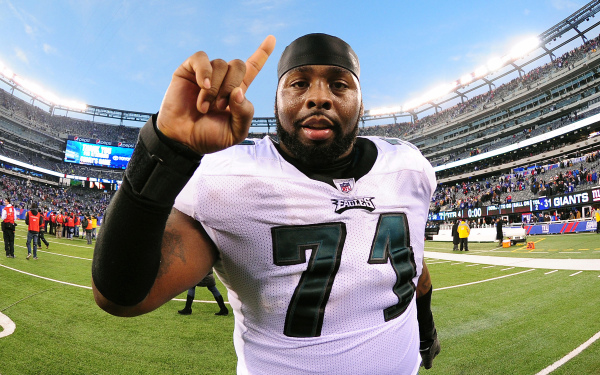 The Philadelphia Eagles are bringing Jason Peters back, the team confirmed after multiple reports. However, Peters isn’t returning to play left tackle, where he’s been a mainstay for the last decade. Instead, he’ll be replacing the injured Brandon Brooks at right guard.

Brooks tore his Achilles during a workout in June. It’s been long reported that Peters was testing the free agent market, but rumors always had him returning to Philly under a one-year deal. Most thought it would be to continue at left tackle, with the future of Andre Dillard still up in the air in terms of whether he can hold down that position the way Peters did. However, it looks like both Dillard and Peters will be starting on the offensive line together.

Brian Baldinger alluded to the Eagles getting “a lot better in mid-July” a few days ago.

.@Eagles #FlyEaglesFly I am hearing whispers about big news coming this week. #Birds could get a lot better in mid-July #BaldysBreakdowns

While many, including myself, didn’t see Peters returning as particularly surprising or necessary of the label “big news,” it’s still a good move for the Eagles to make, all things considered. As long as Peters can stay healthy and on the field, the offensive line just improved and that’s going to be a big reason for the success or the failure of Carson Wentz this coming season.

Dave Zangaro of NBC Sports Philadelphia reports the deal is worth $6 million, with $3 million guaranteed. In addition to that, Derrick Gunn says Peters turned down a few offers because he “always felt” he would return to the Eagles.

The Eagles and Peters had kept in touch all offseason and neither side felt there was any rush to get a deal done. I’m told Peters even turned down a couple of offers from other teams because he always felt he would be coming back to Philadelphia.

Excited to get back on the field. Focused 💪 Locked in. 🏈 Ready to roar.❗️#flyeaglesfly #eaglesnation ・・・ #Repost @philadelphiaeagles ・・・ 𝐓𝐇𝐄 𝐁𝐎𝐃𝐘𝐆𝐔𝐀𝐑𝐃 𝐈𝐒 𝐁𝐀𝐂𝐊 For more highlights, visit PhiladelphiaEagles.com.

Should the National Football League season begin this year, Peters will be playing in season No. 18 at 38 years of age. It’s not often you see linemen last that long in the league. But if he continues to play at a high level and is able to stay on the field, I don’t see any other move the Eagles could’ve made to shore up the line with Brooks out.

I always thought Peters would make a good coach given the amount of time he’s been here and the respect other players and coaches seem to have for him. While we get on him for the false starts and lately his inability to stay on the field consistently, his presence, at the very least, is welcome. That’s huge for young players looking to learn from him.