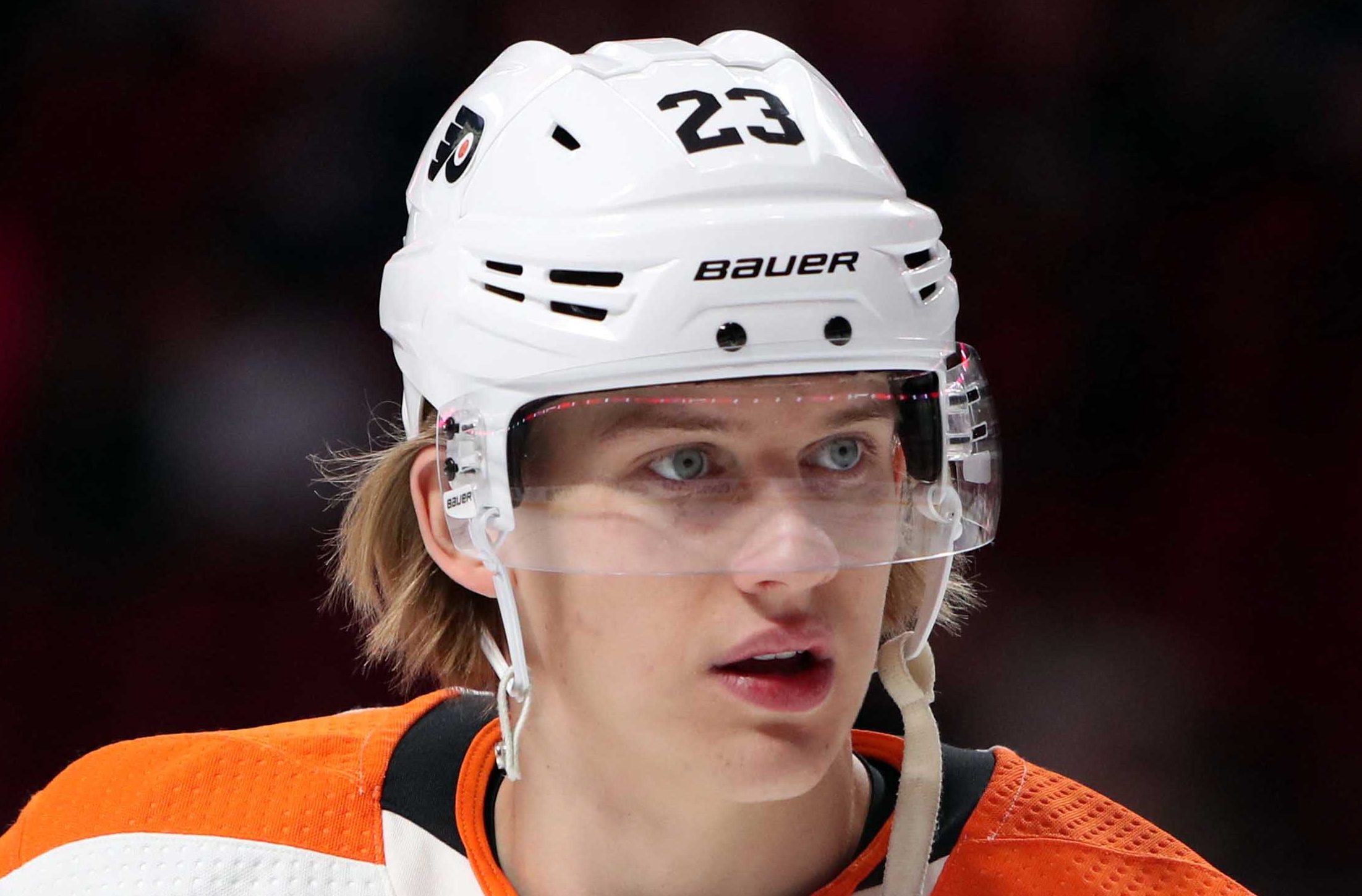 A day after Alain Vigneault was named a finalist for the Jack Adams Award, Oskar Lindblom followed suit for the Bill Masterson Memorial Trophy.

The NHL announced Thursday that Lindblom joins Dallas Stars forward Stephen Johns and Ottawa Senators forward Bobby Ryan as a finalist for the award. The Masterton Memorial Trophy is awarded annually to the player who best embodies the qualities of perseverance, sportsmanship, and dedication to the game of hockey.

“I’m very humbled to be considered for this award that so many courageous and great players have won,” said Lindblom. “Seeing the overwhelming support from fans, my teammates and the entire hockey community has been very emotional for me and without a doubt helped me get through this difficult time, and back to being with and doing the things I love.”

Lindblom played the first month-and-a-half of the 2019-20 regular season before being diagnosed with Ewing’s sarcoma He remained a steady presence alongside his Flyer teammates while undergoing treatments as the University of Pennsylvania. Lindblom was later nominated by the Flyers on June 9th and also returned to the ice to skate with his teammates 14 days later.

The Abramson Cancer Center at Pennsylvania Hospital deemed Lindblom cancer-free earlier this month. He will not play for the Flyers again this season but is expected to return to the ice for the 2020-21 season if all goes well.

In parts of three NHL seasons, all with the Flyers, Lindblom has recorded 30 goals and 27 assists for 57 points in 134 career regular season games. He recorded 18 points in 30 games this season and was on the verge of a breakout season before being sidelined.

Should Lindblom win the award, he would become the fourth player in Flyers franchise history to do so, joining Ian Laperriere, Bobby Clarke, and Tim Kerr.