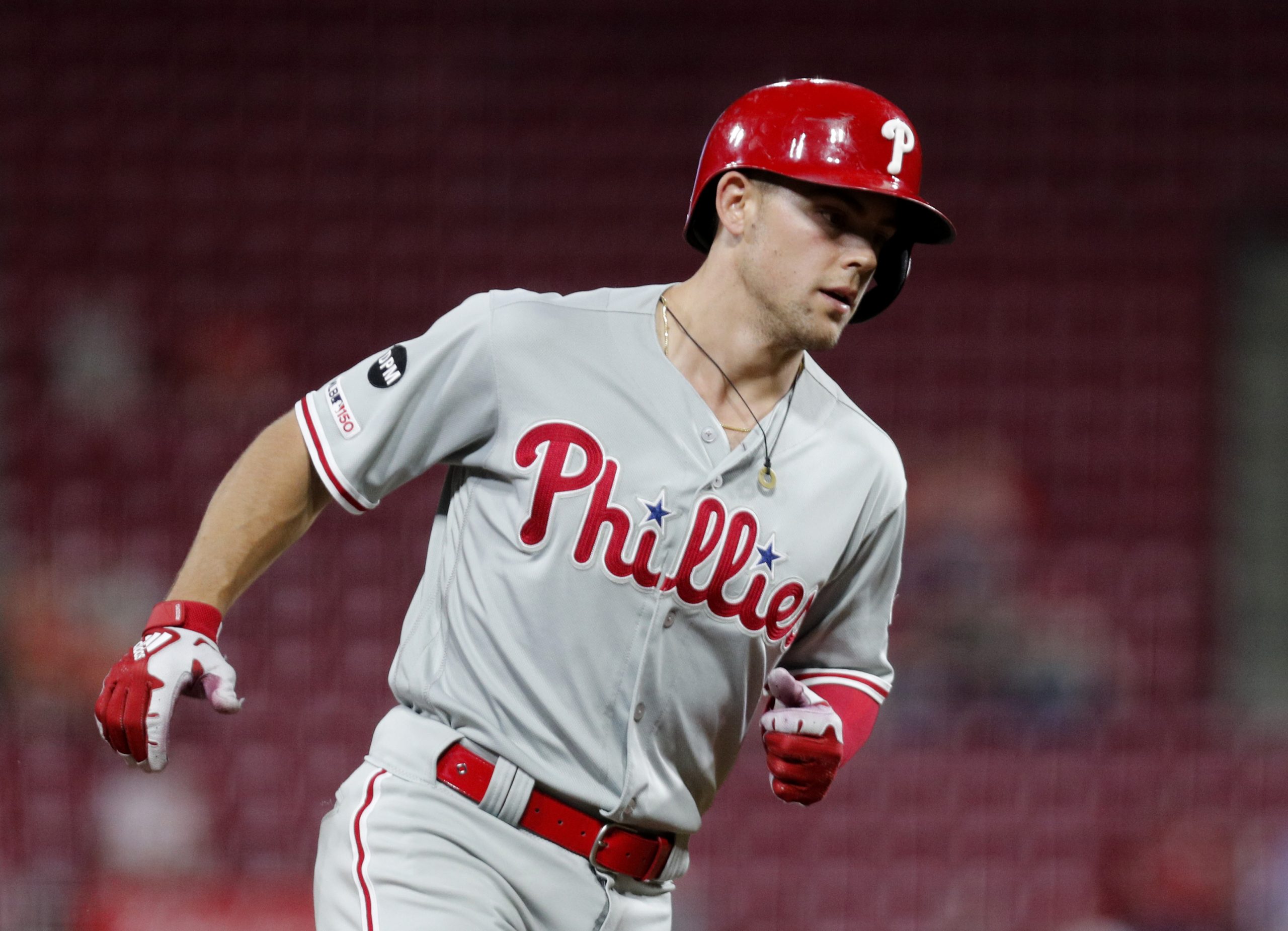 The Philadelphia Phillies confirmed on Tuesday that four players have tested positive for COVID-19 after not reporting to camp yet.

Infielder Scott Kingery, pitchers Tommy Hunter and Hector Heris, and outfielder Mikie Mahtook all tested positive last week, with Neris as the only returnee to training camp so far. All four players are doing well and with Kingery, Hunter, and Mahtook needing to complete their quarantine period before returning to activities.

All four players were put on the 10-day injured list with no specific injuries last week, with the official prognosis now becoming confirmed by the team.

The news comes a day after starting pitcher Aaron Nola reported to camp after being forced to wait for approval. Nola did not test positive for COVID-19, but came in contact with someone who did during his time in Florida. He did throw a bullpen session on Monday at Citizens Bank Park.

In addition, outfielder Adam Haseley is at camp in Philadelphia having to sit out because of a lab error. Phillies general manager Matt Klentak confirmed that Haseley never tested positive after undergoing two separate tests.

Pitcher Francisco Liriano has been absent the last two days from summer camp because he is evaluating his decision to play this season. Liriano would join Dodgers pitcher David Price and Braves outfielder Nick Markakis as the latest player to sit out the 2020 season, should he decide to not play.

Joe Girardi’s team will open the regular season at CBP on July 24th against the Miami Marlins, but will play three exhibition games prior to that. Klentak confirmed Tuesday that the Phillies will play the Washington Nationals in D.C. on July 18th before hosting the Baltimore Orioles on the 19th and traveling to the New York Yankees on the 20th.

40 of the team’s 60 regular season games will come against the N.L. East with the remaining 20 coming against A.L. East opposition.