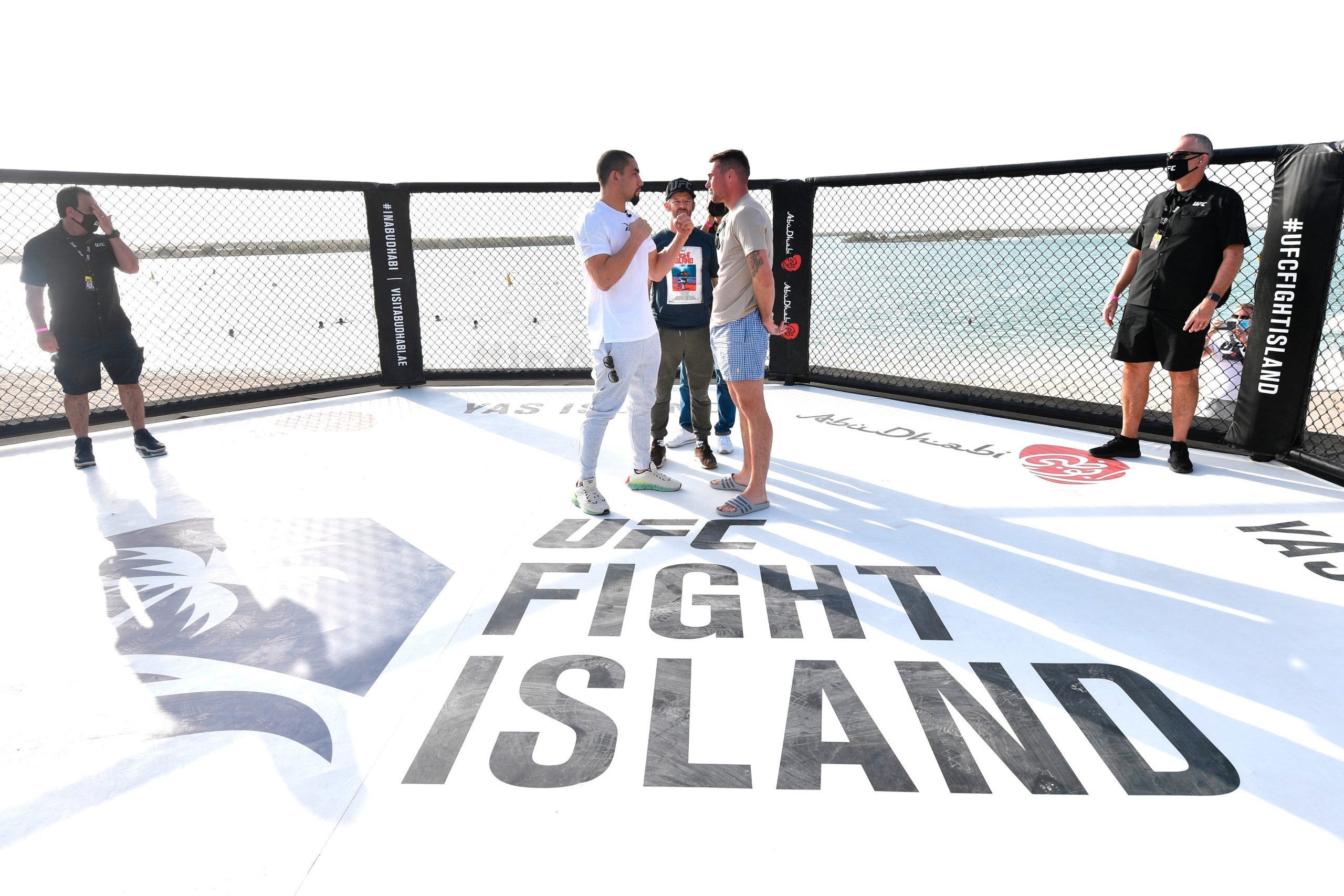 It seems like only yesterday news broke that Fight Island would be a legitimate venue, not Dana White’s pipe dream. After a month’s worth of entertainment, Fight Island will close its doors after this weekend’s card as August’s slate of fights is scheduled for the UFC Apex in Las Vegas.

An incredible finale is in store for Fight Island so without further ado, let’s get to the preview:

This was a fun section last time so I decided to run it back. First: Parlay the Pannie Kianzad and Carla Esparza moneylines (-155 and +145 respectively) to bring the odds to +304, much better than betting separately.

Second: Alex Oliveira by KO, TKO, Submission or DQ +140. He’s a favorite (-180) and has a history of finishing fights (Eight stoppage wins in the UFC).

The first fight on the docket is a heavyweight matchup between former champ Fabricio Werdum and former light heavyweight title challenger Alexander Gustafsson.

To be frank, Werdum looked awful in his fight against Aleksei Oleinek back in May, and he still only lost by split decision. The Brazilian jiu-jitsu black belt hasn’t won a fight since 2017, a unanimous decision win over Marcin Tybura.

Gustafsson is an intriguing case, making the move up from light heavyweight after announcing his retirement earlier this year. The move makes sense, though. After losing twice to Jon Jones and Anthony Smith his time at 205 has run its course. A tune-up fight against an older, former champ is the right move if Gustafsson wants to make some noise at heavyweight.

Gustafsson is a heavy favorite here, and for good reason, he’s one of the best in the world. Even though he’s technically coming out of retirement, his last fight was 13 months ago. Some fighters take that much time off for fun. My pick: Gus will win this fight, the question just is how? I wouldn’t take his moneyline as -335 is steep. If you trust Werdum’s chin (eight losses in UFC, four by KO), Gus by decision is +175. If you believe Gus can stop the fight (seven stoppage victories in the UFC), a win by KO, TKO, Submission or DQ runs at +105. It’s worth noting that Alistair Overeem -a known knockout artist who beat Werdum twice- couldn’t find a way to stop the fight, while Stipe Miocic knocked Werdum out cold in the first round. Do with this information what you will. I lean slightly toward the decision, taking ring rust and the weight gain into account, but that’s just me.

This week on “This fight would have been a lot cooler in 2009,” 38-year-old Shogun takes on 44-year-old Little Nog in a rematch five years in the making.

This one’s an easy one to preview – name recognition aside this fight has nothing going for it. There are no title implications as neither fighter is in the top 15, neither fighter has stepped in the octagon this year and neither has won a fight since 2018.

I don’t want to sound negative, both these guys are legends, but the way the UFC is trending we don’t necessarily need guys like Shogun and Little Nog to hang around. I’d rather watch up-and-comers fight than old guys tarnish their own legacies. What’s the best-case scenario here? One of these guys wins by impressive knockout only to land a fight with a young guy in their next bout and get embarrassed by their agility?

I’d bet the fight to go the distance at +175, who knows what these guys have left in the tank. From there Shogun by decision is +300, Little Nog by decision is +600 – pick your poison, I’m leaning toward Shogun.

The main event and the last fight on Fight Island will be a doozy. A date with the winner of Israel Adesanya and Paulo Costa is on the line – will Bobby Knuckles earn a rematch? Or will Till pull the upset?

Whittaker was once the king of the Middleweight division – a super likable champ who racked off nine straight wins, four by knockout, before losing his belt to Adesanya. Whittaker has had his fair share of injuries but was one of the best pound-for-pound fighters in the promotion prior to his knockout loss in October.

Till, on the other hand, was a one-time challenger for the welterweight belt, a fight he lost by submission to Tyron Woodley. He only has two losses in the UFC, one to Woodley one to Jorge Masvidal and has marquee wins over Stephen Thompson, Kelvin Gastelum, and Donald Cerrone.

I’m super excited for this fight – both guys are fun to watch, eight “Of the Night” bonuses between the two of them. This fight is the polar opposite of the previous one – a lot is on the table for both guys. Whittaker has redemption on his mind after a knockout loss, countless injuries, and burnout from training. Till is returning to Middleweight, ready to make some noise. The winner of this fight is surely next in line for a title shot, who do you got?

Personally, I give the edge to Whittaker – the dude can do it all. Assuming he’s refreshed and healthy he’s one of the most lethal fighters in the promotion. He withstood a storm from Yoel Romero twice, knocked out Jacare Souza and Derek Brunson but was stopped by the hottest fighter in the promotion at the time. I think Whittaker has what it takes to win. I like the fight to go the distance at +115 and Whittaker by decision at +260.

Who do you have? What do you think? Hit me up on Twitter (@AntMazziotti) and let’s discuss.