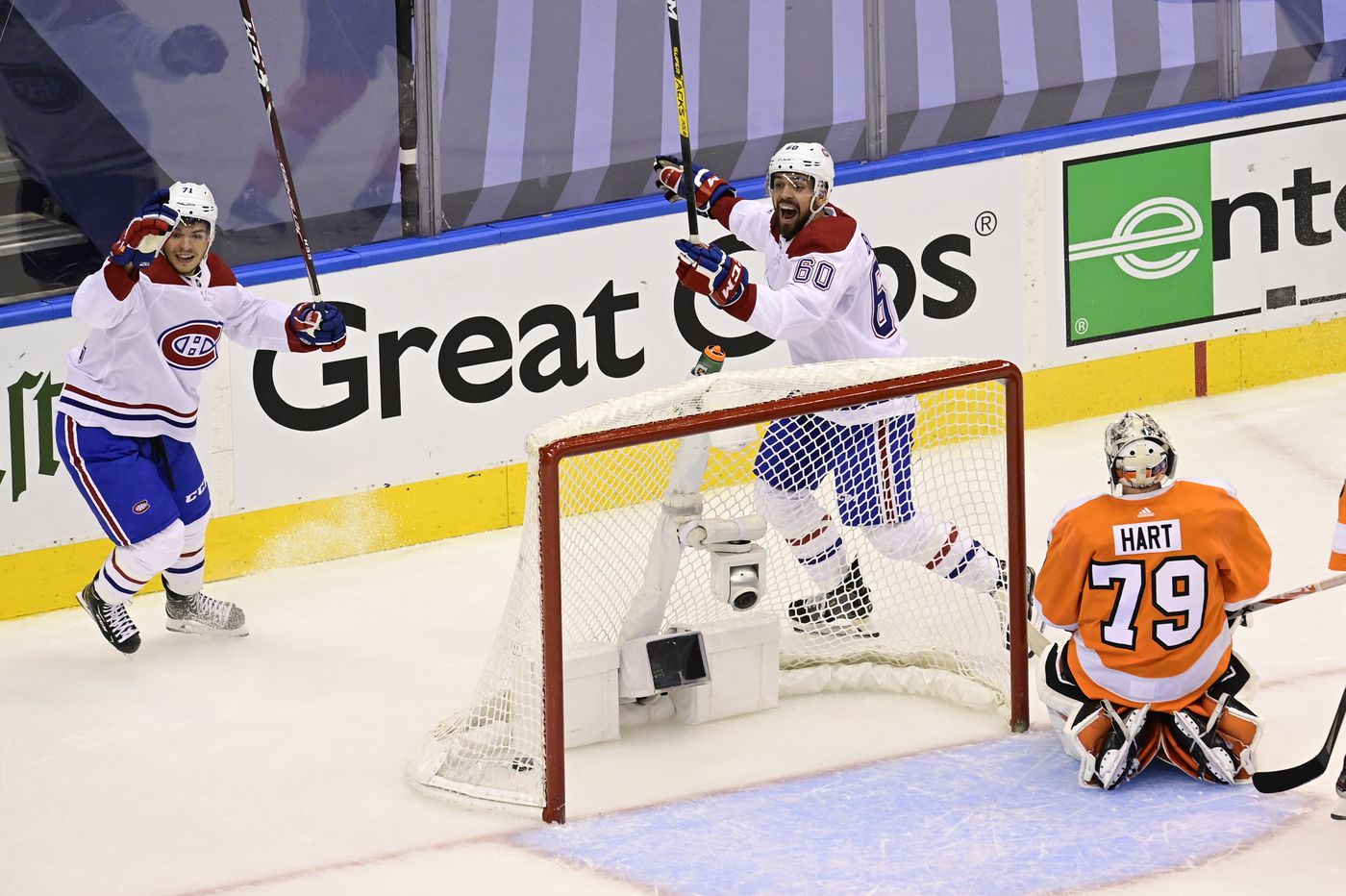 The Philadelphia Flyers aimed to keep things simple against the Montreal Canadiens, but struggled to do anything near that in Friday’s Game 2 loss.

Tomas Tatar and Jesperi Kotkaniemi each scored their first two goals this postseason while Max Domi added two assists as the Habs thumped the Flyers 5-0 in Toronto to even the series up at 1-1. Carey Price made 29 saves to preserve the clean sheet for Montreal in its largest playoff win over Philadelphia since 2010.

It didn’t take Montreal long to break the deadlock as Tatar scored his first goal 1:02 into the opening period. A great play from fellow forward Brandon Gallagher eventually allowed Tatar to beat Hart for a 1-0 Habs lead.

Montreal continued to pressure the Flyers in the opening period and their pressure paid off with under eight minutes left. After continuous pressure in the attacking zone, Jesperi Kotkaniemi scored his first goal of the postseason, beating Carter Hart through the five-hole.

Tatar made the Flyers pay early in the second period with the Habs holding the man advantage due to a Flyers penalty. His wrist shot with 1:25 left in the period made it 3-0 Montreal and continued Hart’s disappointing afternoon in net.

Joel Armia beat Hart with a wrist shot as well later in the period, extending Montreal’s advantage to 4-0 and ultimately leading Alain Vigneault to pull the 22-year-old. Brian Elliott replaced the second-year starter, but didn’t have much success in his 20+ minutes of action.

Kotkaniemi scored his second of the game and the Habs second on the power play as well, stamping the final score at 5-0. Price continued to dominate, also.

A bad day turned worse for the Flyers when Travis Konecny left the game with over eight minutes to play after blocking a shot with his leg. The forward limped off the ice with an apparent left ankle injury and did not return.

Konecny to the room after blocking this shot. pic.twitter.com/CxVvqNGj97

The Flyers will look to bounce back in Game 3 Sunday evening at 8 p.m. ET