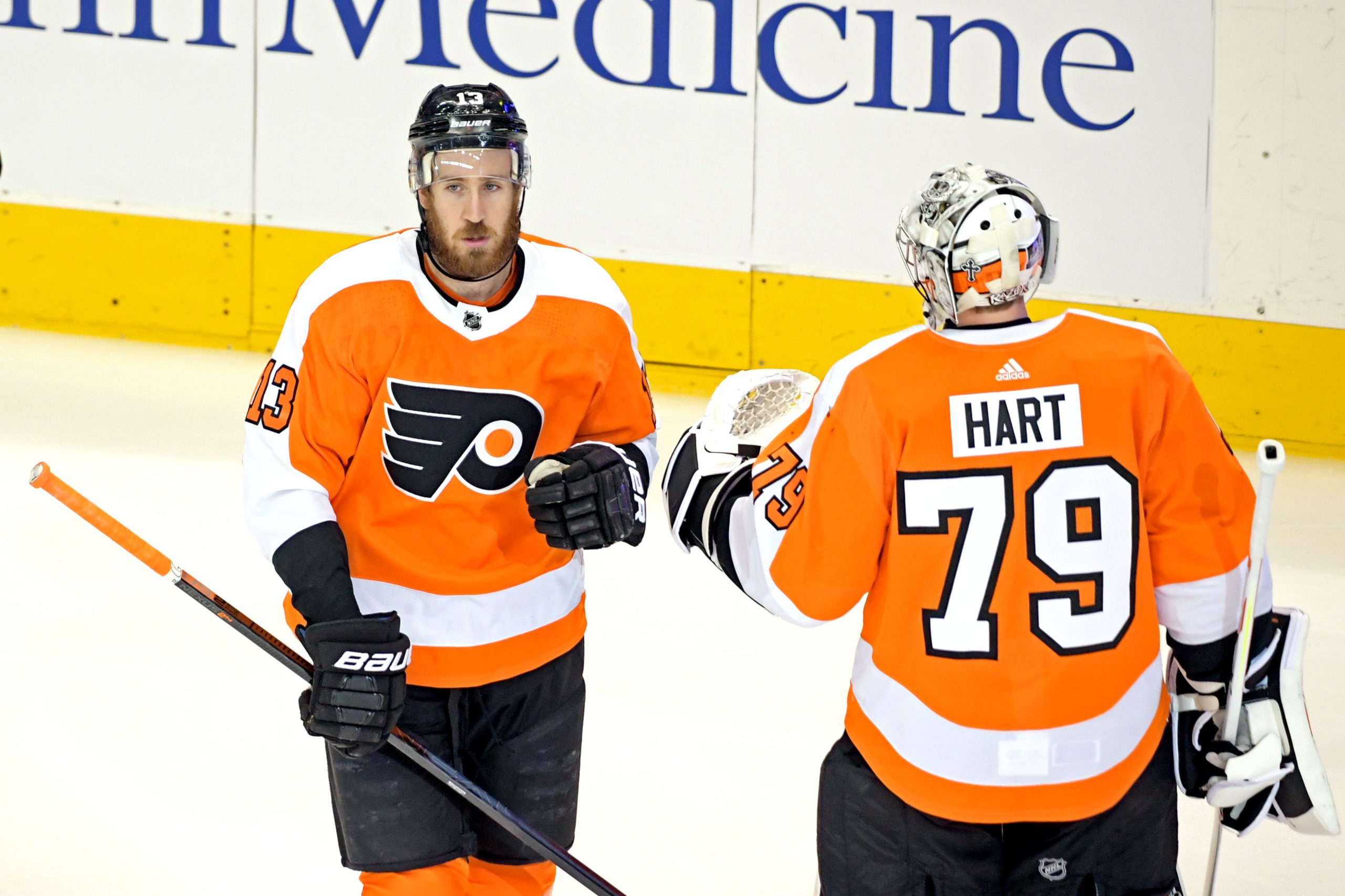 The Philadelphia Flyers started off strong against the New York Islanders in Wednesday’s Game 2, but needed a bit of help in overtime to tie the series at 1-1.

Philippe Myers’ slap shot 2:40 into overtime sealed a 4-3 win over the Islanders, while Carter Hart made 31 saves in goal. Kevin Hayes also chipped in his first multi-goal performance in the playoffs.

After Hart had to come up big early for the Flyers, the Flyers used goals from Hayes and Sean Couturier to hold a 3-0 lead.

Hayes scored his second goal of the playoffs 1:57 into the opening period, rifling a wrist shot off the left post and past Semyon Varlamov. Travis Konecny and Justin Braun were credited with the assists on Hayes’ opening goal.

Hayes continued his strong start to the game, dancing his way to the front of the net on a counter attack. He snuck a shot over Varlamov’s shoulder and in for his second goal of the game.

Couturier continued the Flyers’ dominant period with his first goal of the postseason with 4:50 remaining in the period. The veteran center skated past Nick Leddy before sliding a shot underneath Varlamov for a 3-0 Flyers lead. Varlamov’s day was over early as Thomas Greiss replaced him after the third goal.

Anders Lee pulled a goal back for the Islanders in the second period after the Flyers were whistled for a needless delay of game penalty. The captain and veteran defender scored from the goal line to give the Islanders a lifeline.

After the Flyers failed to pad their lead on a counter attack, the Islanders hit back to pull within one. Anthony Beauvillier’s seventh goal of the postseason made it 3-2 with 8:49 remaining.

Both teams had good chances to add to the scoreline later in the period with Myers hitting the crossbar for the Flyers and Lee hitting the post for New York. Barry Trotz’s side would tie things up after the Flyers failed to clear their zone, allowing Jean-Gabriel Pageau to wrist a shot past Hart.

Myers played the hero for the Flyers though in overtime, blasting a slap shot from the top of the zone past Greiss which proved to be the winning goal. Here’s how it sounded on the radio.