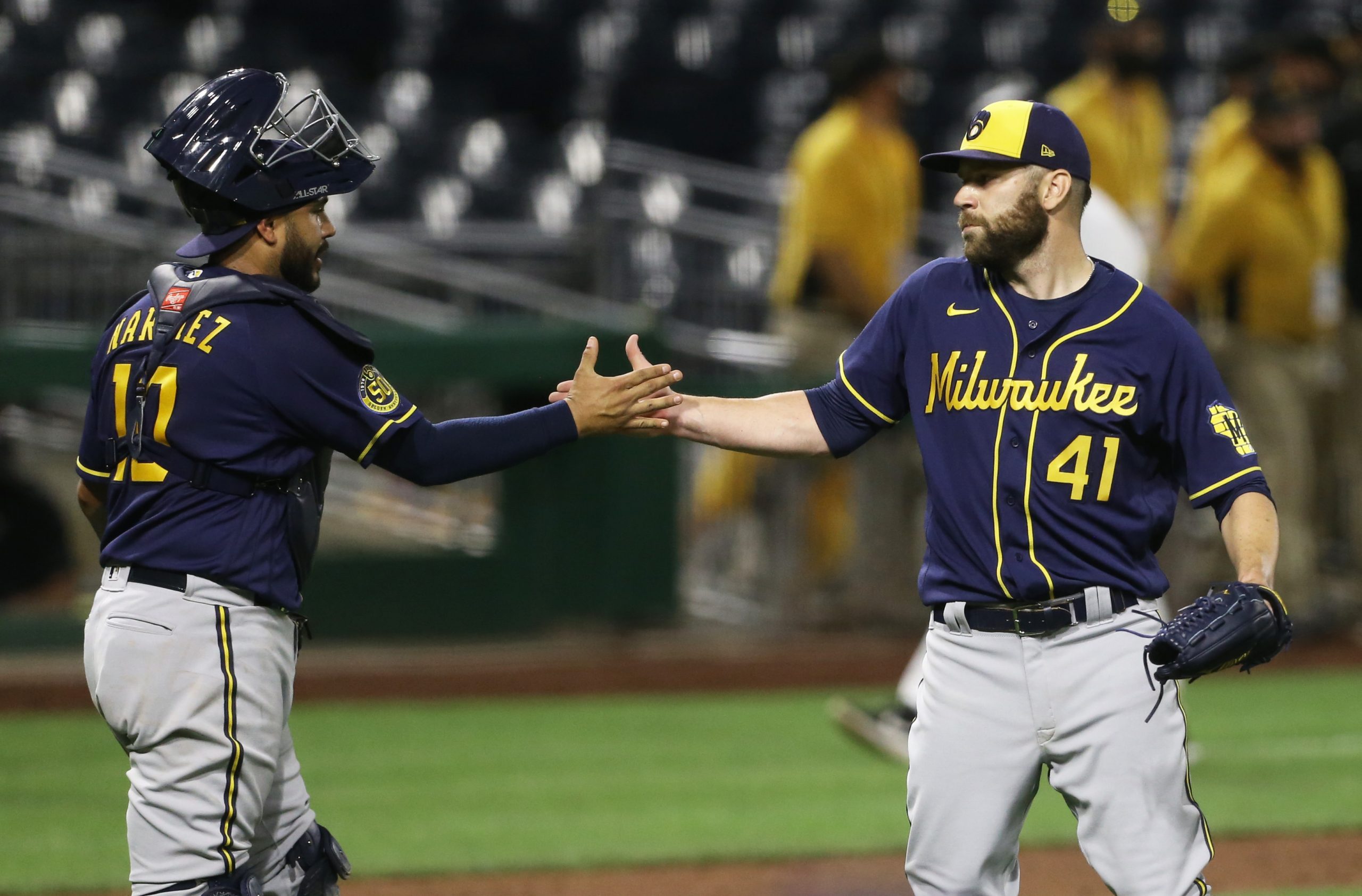 The Philadelphia Phillies made an acquisition on Monday in hopes of strengthening its bullpen for the remainder of the 2020 MLB season.

Philadelphia acquired right-handed pitcher David Phelps from the Brewers for three players to be named, the club announced on Monday. The three players are expected to be lower-league prospects. Phelps, 33, is 2-3 this season with a 2.77 ERA in 12 appearances for Milwaukee.

Phelps signed a one-year, $4.5 million contract with the Brewers in the offseason, which included a 2021 club option. He’s struck out 20 batters and walked just two in 13 innings this season. Phelps has allowed seven hits for a 0.69 WHIP this season and also pitched under Phillies manager Joe Girardi back from 2012-14.

Phelps is the fourth reliever the Phillies have added to its bullpen over the last 10 days. The club also acquired right-handers Brandon Workman and Heath Hembree from the Red Sox and right-hander David Hale from the Yankees on August 21.

After struggling mightily this season, the bullpen has improved over the last week for the Phillies.

Scott Kingery is heading to the disabled list for the Phillies which has seen both outfielder Jay Bruce and relief pitcher Ranger Suarez activated.

Kingery was placed on the 10-day injured list Monday with back spasms, continuing what has been a brutal second for the 27-year-old. He’s batting only .127 this season with one home run, zero stolen bases, and an 18:4 strikeouts per walks in 71 at-bats.

With his injury, Jay Bruce was activated for Monday night’s home gave vs. the Washington Nationals. Bruce had missed time due to a quadriceps injury and will likely return as a designated hitter for the Phillies heading into the Fall.

Phillies have made the following roster moves: pic.twitter.com/nRgxtk12fj

Kingery will be eligible to return for the Phillies on September 10.