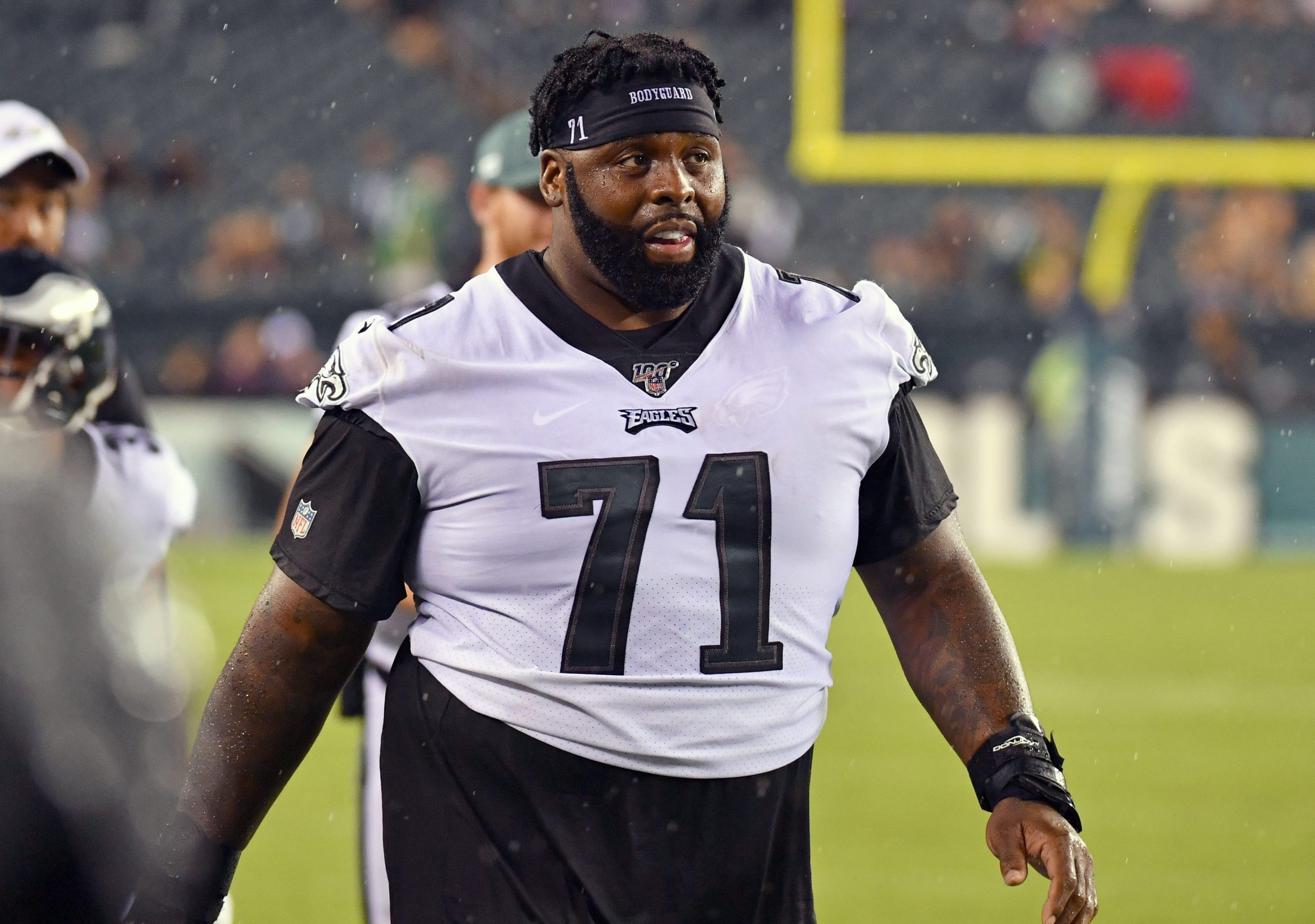 The Philadelphia Eagles are six days away from taking the field for the first time this season. After losing a pair of starting offensive lineman earlier this season, Eagles head coach Doug Pederson is pleased to have a familiar face returning to left tackle this season.

Jason Peters, who was re-signed this offseason, made the decision to switch to left tackle after previously being brought in to play guard. Following Andre Dillard’s season-ending biceps injury, the Eagles knew they had a veteran tackle in Peters on the roster, and the player himself made the call to move back to the position.

“As it pertains to our left tackle, I can actually share some news with you that Jason Peters came into my office this morning and he has decided to slide over to left tackle,” Pederson said in a Zoom call with reporters. “Listen, this is the unselfishness; this is who he is.”

“When we talk about guys and we talk specifically about Jason Peters, this is who he is. He sacrifices not only his body, but for the football team. He did an outstanding job for us at right guard. It was valuable experience for him to play over there on the right side and get some interior work, but as he looks at not only where we are but where he is, he came in today and he was excited to move to left tackle and so I can announce that. I’m thrilled to death.”

Peters reportedly wanted more money to play left tackle after Dillard was ruled out for the 2020 season. However, the 38-year-old decided to do what’s best for the team and make the switch to arguably the most important position on the offensive line.

Peters is likely to be a future Hall of Famer after playing left tackle for 16 years to date with the Buffalo Bills and Eagles. The nine-time Pro Bowl selection and six-time combined first and second team All-Pro will now give the Eagles a major boost and a sense of familiarity heading into what will be a tough and interesting 2020 season.

“I had not expected this [decision],” Pederson said. “We continued to talk to Jason and all that but listen we were comfortable with him at right guard. We had made plans to move forward and get ready for the season that way. It’s just one of those pleasant surprises that we all kind of hoped would come true.”

“At right guard, [G/T] Matt Pryor is an option there. We do have some other younger players. I mean, [C/G Nate] Herbig has been working in there. [T Jack] Driscoll has been working in there. We’ve got some options at the right guard position. But with this move with Jason Peters, it really kind of solidifies that left side for us and really puts us in a little bit better position moving forward.”

The Eagles also lost Brandon Brooks for the season due to an Achilles injury and will have their work cut out for them heading into the season opener. A trip to Washington comes on Sunday afternoon with the Eagles going up against a very talented defensive front.

Ron Rivera has 2020 first-round pick Chase Young coming into the fold for his rookie season while third-year player Da’Ron Payne, fourth-year player Jonathan Allen, and veteran rusher Ryan Kerrigan round out the impressive defensive players for the team. With Peters, Jason Kelce, and Lane Johnson all top lineman in their own right, it should be a fun battle to watch from FedEx Field.

“Yeah, this is a talented group up front,” Pederson said. “You know, a lot of first-round draft picks and talented guys in that mix, not only the D-Line but linebackers, as well. We definitely have our work cut out for us protecting against this front four, front six, front seven-type guys, and it’s a group, too, that we know, they are going to rotate guys and they are going to keep guys fresh and healthy.”

“Chase, we just kind of have to go off what he did in college and study his college tape to get a feel for him as a pass rusher, as a defensive end, an edge setter and go play. And then make those adjustments as we go.”

“You’re not sure if he’s going to be on our right or our left but at the same time, we have to go play and execute and do our jobs and stay within our rules and all of that, and do the best we can against that. And like I said, in-game adjustments are going to be important in games like this.”

The Eagles will rely on its offensive line to hold its own against Washington and help pave the way for Carson Wentz, Miles Sanders, and the rest of the offensive in hopes for a Week 1 win.