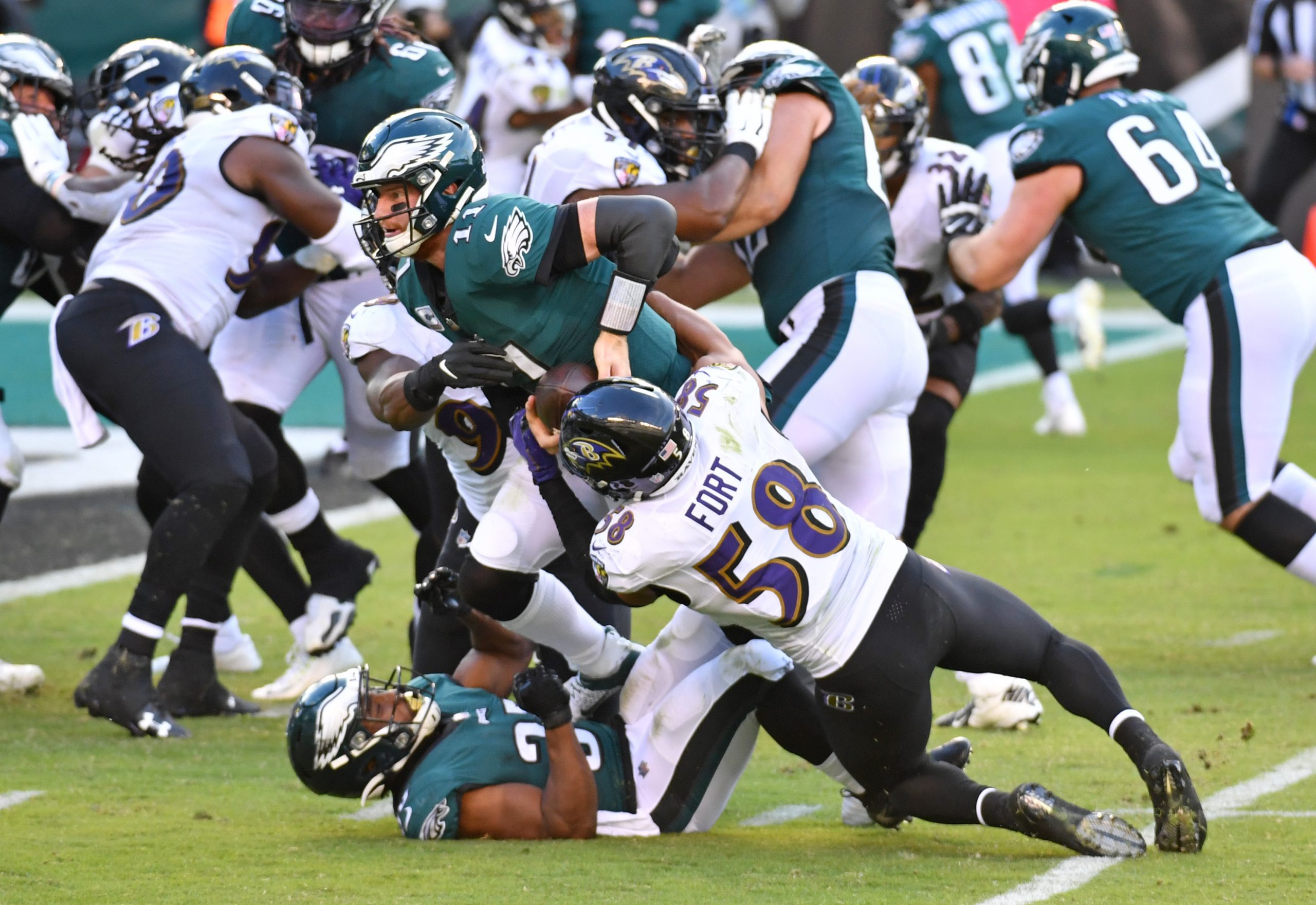 The Philadelphia Eagles made the final minutes interesting against the Baltimore Ravens, but eventually fell short of earnings its second win of 2020.

Carson Wentz totaled 262 combined yards and three touchdowns while Miles Sanders rushed for 118 yards in a 30-28 loss at Lincoln Financial Field. Lamar Jackson finished with 294 total yards and two scores for the Ravens, as John Harbaugh’s team moved to 5-1 on the season.

It was a dominant first half for Baltimore who led 17-0 at halftime. Jackson connected with tight end Nick Boyle for the Ravens opening score in the first quarter before Gus Edwards extended the lead to 14-0 after a seven-yard run.

Justin Tucker’s 46-yard field goal made it 17-0 Baltimore at halftime, but the Eagles showed much more life after the break.

Baltimore answered quickly as Jackson scampered in from 37 yards out to make it 24-7, but the Eagles stayed alive.

Wentz connected with tight end Jason Croom for a three-yard score near the end of the third quarter, putting the Eagles only 13 points back.

Everybody started Jason Croom in fantasy this week, right?#BALvsPHI | #FlyEaglesFly

Tucker’s second field goal of the day re-extended Baltimore’s advantage, but Doug Pederson’s side made the final minutes interesting.

Wentz tossed his second touchdown pass of the day, this time to Travis Fulgham making it 30-22 before Wentz snuck in from one-yard out to put the Eagles to within two points.

However, Wentz once again tried to it in on a two-point conversion try, but was stuffed by Balitmore’s Matt Judon to end the game. Despite a valiant effort in front of limited fans at the Linc,  the Eagles lost its second regular season game to Baltimore in a row.

Philly now slumps to 1-4-1 on the season and will host the New York Giants on Thursday Night Football in South Philadelphia.