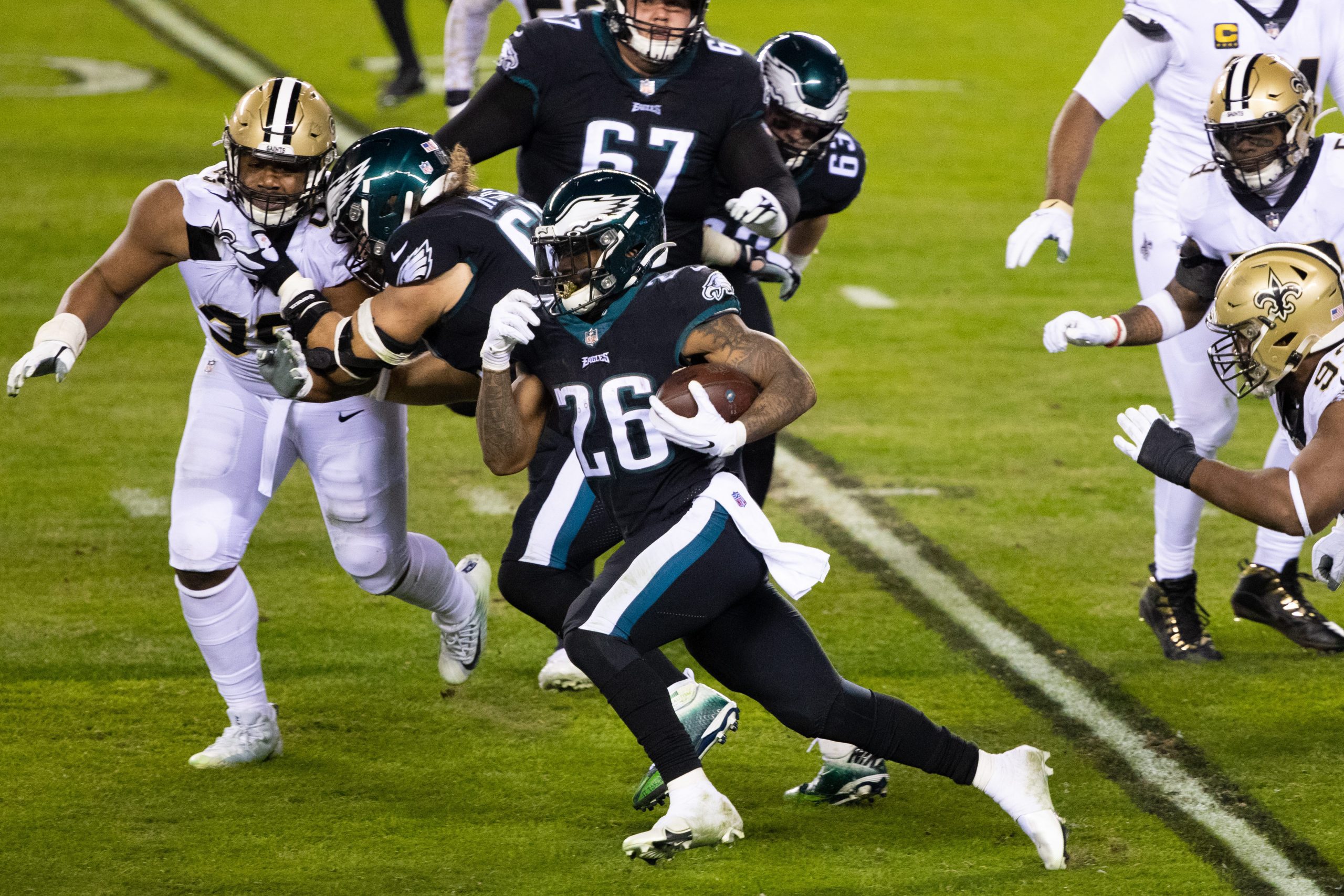 The Philadelphia Eagles came into Sunday’s home date with the New Orleans Saints as heavy underdogs, but Doug Pederson’s team came ready to play and pulled the biggest shock in the National Football League in Week 14.

Miles Sanders rushed for 115 yards and two touchdowns, while Jalen Hurts combined for 274 yards and one score as the Eagles defeated New Orleans 24-21, ending a four-game losing streak in the process. It was the Eagles’ first time in the past five games scoring 18 points or more while defensively they sacked Taysom Hill five times in the game.

The Eagles raced out to a first quarter lead with Hurts looking very comfortable in the early stages of the game. Hurts capped off a seven-play, 65-yard drive by connecting with Alshon Jeffery for a 15-yard touchdown on fourth down for his second-career NFL touchdown pass.

Duke Riley stepped up to intercept Hill after the Eagles took its early lead, to keep the pressure on.

Pederson’s offense continued to impress against the No. 1 rated defense with Jake Elliott extending the lead to 10-0 thanks to a 44-yard field goal conversion. Miles Sanders’ 82-yard touchdown run (the fourth-longest in Eagles history) later in the quarter would give the Eagles a 17-0 lead at halftime, but Elliott’s missed field goal was a missed opportunity to even further extend the lead.

It was the first time New Orleans had been shut out in one half of football since 2018.

However, the New Orleans offense would wake up after the break and make things interesting at Lincoln Financial Field. Alvin Kamara’s five-yard score put the Saints on the board before Taysom Hill’s 37-yard pass to Emmanuel Sanders pulled Sean Payton’s team to within three points.

The Eagles defense came up clutch early in the fourth quarter with Josh Sweat strip sacking Hill to end a Saints drive.

Hurts marched the Eagles down the field on the ensuing possession and Sanders capped the move with his second touchdown of the afternoon, this from one-yard out.

After back-to-back sacks by the Eagles defense, Will Lutz missed a 57-yard field goal, giving the Eagles the chance to ice the result. However, a fumble by Hurts gave the Saints a late lifeline with under two minutes remaining.

Hill’s second touchdown pass of the day pulled the Saints to within three points, after a circus grab by Jared Cook. However, Riley’s recovery on an onside kick clinched the home win for the Eagles, who move to 4-8-1.

The Eagles travel in Week 15 to face the Arizona Cardinals.