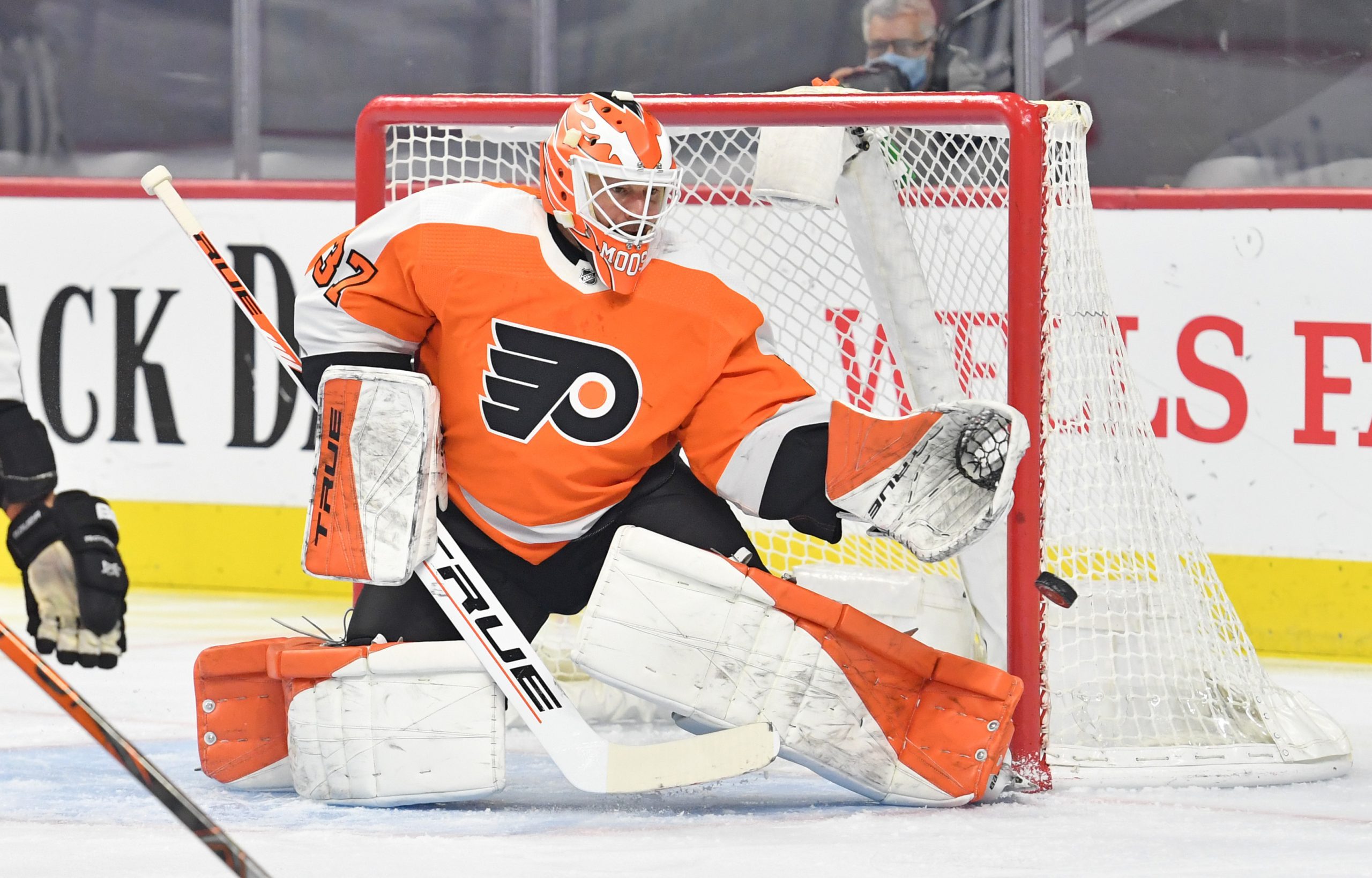 One day after everything seemed to go in for the Buffalo Sabres, the visitors could not find the back of the net against veteran goaltender Brian Elliott.

Elliott led the way for the Philadelphia Flyers on Tuesday night, making 40 saves in a 3-0 victory at the Wells Fargo Center. Travis Konecny scored the game-winning goal for Alain Vigneault’s team, who moved to 3-1 this season after being trounced at home on Monday night.

Both teams had ample opportunities to break the deadlock in the opening 20 minutes, but both goaltenders were on their game. Carter Hutton made a handful of strong saves for the Sabres while Elliott kept the Sabres at bay, especially on a 5-on-3 penalty kill in the early stages.

Travis Konecny hit the post for the Flyers in the second period before Viktor Olofsson also rang the pipe on a wide-open opportunity not long after for Buffalo. James van Riemsdyk was also denied from point-blank range by a Hutton kick save, keeping the teams level midway through the period.

After continuing to put pressure on the Sabres, the Flyers made them pay with the opening goal of the game. Nolan Patrick and Oskar Lindblom combined for a lead pass up ice to a streaking Konecny, before the team’s leading goalscorer deked and slid the puck five hole for a 1-0 lead.

Jake Voracek iced the win for the Flyers past the midway point of the third period, finishing a two-on-one opportunity with a wrist shot past backup goalkeeper Jonas Johansson. Kevin Hayes was credited with the assist on Voracek’s first goal of the season.

Hayes would cap the final score at 3-0 with under two minutes to play, scoring into an empty net from a clearance in his own zone.

The Flyers close out their four-game homestand and now hit the road for four games, starting with Thursday’s date with Boston.