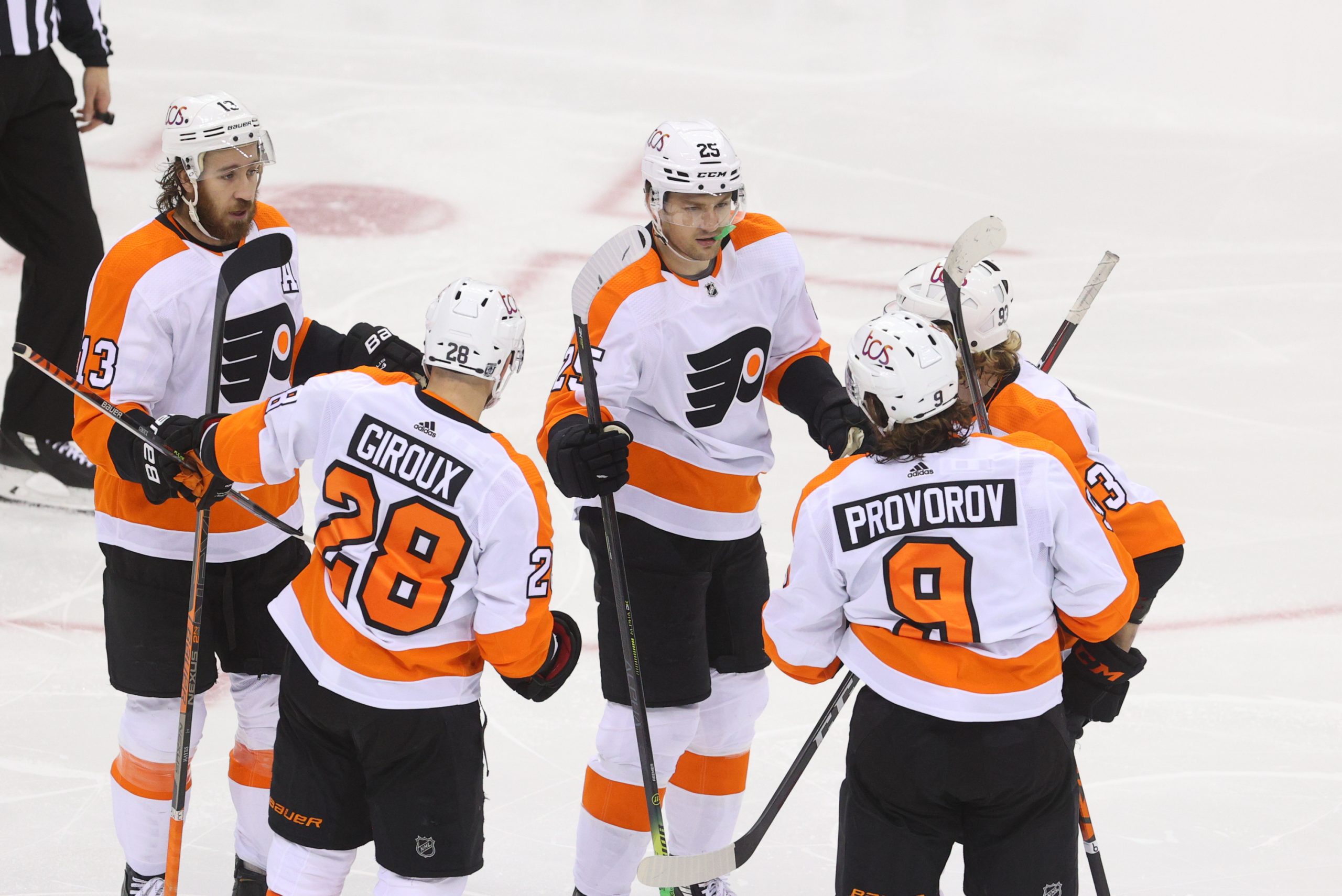 The Philadelphia Flyers showed they have a short memory on Tuesday, rebounding from back-to-back losses in Boston to get back on the winning track in Newark against the New Jersey Devils.

James Van Riemsdyk scored twice while Ivan Provorov registered a three-point night as the Flyers defeated Lindy Ruff’s Devils, 5-3. It was a bounce-back performance by Alain Vigneault’s team who scored three goals in the third period to claim the victory.

Van Riemsdyk broke the deadlock in the first period on the power-play, tipping home a shot from the point by Provorov. It was Van Riemsdyk’s fourth goal of the season.

After breaking the deadlock, Van Riemsdyk was at it again, only 0:59 second into the second period. The veteran forward tipped home his second goal of the game, doubling the Flyers’ advantage 2-0.

Michael McLeod and Travis Zajac each scored goals in the second period to pull the Devils level, but it was the closest they would come to a comeback.

Claude Giroux set up Nolan Patrick’s finish with 12:57 remaining to give the Flyers a 3-2 advantage they wouldn’t relinquish. Joel Farabee would add his second goal of the season later in the period to extend the advantage before Provorov sealed the victory with an empty net goal after a clearance from his zone.

Pavel Zacha’s consolation goal didn’t mean much in the final scoreline as the Flyers handed the Devils their second loss out of the past five games. Brian Elliott finished with 23 saves to claim his second win this season, as the Flyers outshot a team for the first team in the new season.

The Flyers close out a four-game road trip against the same New Jersey Devils on Thursday.