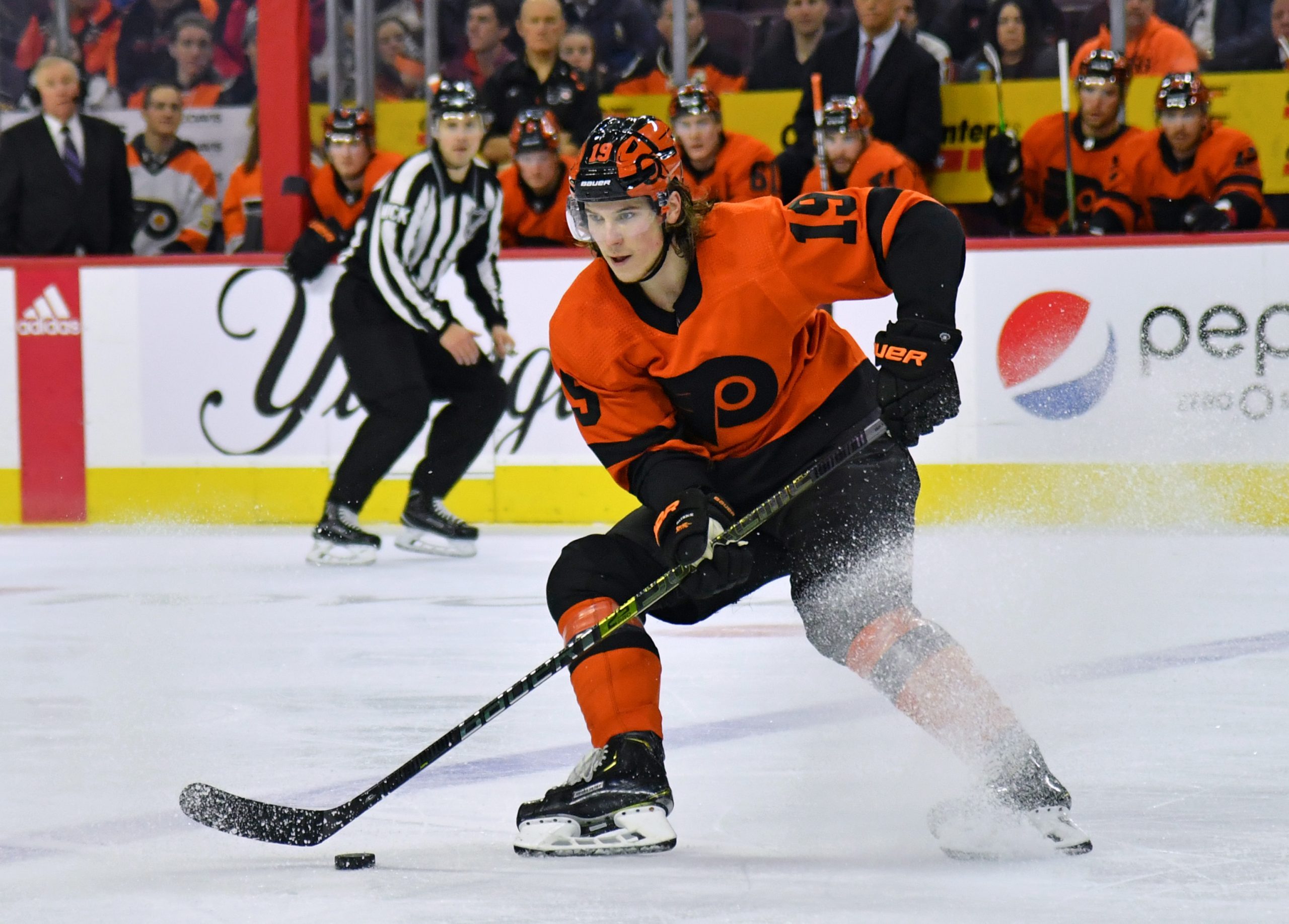 Nolan Patrick returned to the ice for the Philadelphia Flyers on Monday and now looks to keep taking steps forward in hopes of playing in the 2021 National Hockey League season.

Patrick missed the entire 2019-20 campaign due to chronic migraines, but was back on the ice as training camp began at the Skate Zone in Voorhees. The young forward showed promising moments during his rookie season and has since missed out on a positive spell by the Flyers a team under Alain Vigneault.

After taking the ice for the first time with his teammates in over one year, Patrick impressed Vigneault, his head coach who he has yet to play a competitive game under.

“I thought Nolan looked really good today,” Vigneault said. “I’ve had a couple chats with him the last couple days. He feels good about where he is. He’s really upbeat about his energy level. I didn’t speak to him other than a quick hi after practice there, but I thought he looked really good. I see the excitement in him about being back with his teammates, about working and having fun.”

“I see the excitement in his teammates with him being back. In this situation, obviously he was probably very nervous today. Anxious to get going, hasn’t played in a while. I think for him and for our team, it was a positive day, a step forward, and we’ll take it a day at a time and see how he’s doing.”

Patrick was in the mix to play a role for the Flyers at some point last season, but unfortunately, his injury cost him the entire regular season and playoffs. The 22-year-old Canadian registered 61 points in 145 games over his first two NHL seasons, registering double-digit goals scored in both.

After watching his teammates make it to the second round of the NHL Playoffs, Patrick is eager to be a part of hopefully another good season in Philadelphia.

“Yeah, it’s obviously mentally tough whenever you are injured watching,” Patrick said. “Obviously, you want to be out there. It’s a tough injury that affects you mentally more than others would, but I feel good and hopefully get back soon.”

“Like I said, last couple weeks, I have been progressing and getting better every week. I’ve been playing in scrimmages, so it is nice to be out there today. It was obviously great just being back here the last couple weeks. I was obviously away from my teammates for quite a while, so it’s nice to be back, just being in the dressing room and being back on the ice with the guys.”

While Patrick missed the whole season through injury, Swedish winger Oskar Lindblom overcame Ewing’s sarcoma to play in the Playoffs last Fall. A healthy pairing of Patrick and Lindblom gives Vigneault two young and exciting players to add to his growing list of offensive attackers.

Both players are eager to be back on the ice with their teammates ahead of a January 13 regular season start date, but aren’t getting too excited just yet with many days of hard work still to go.