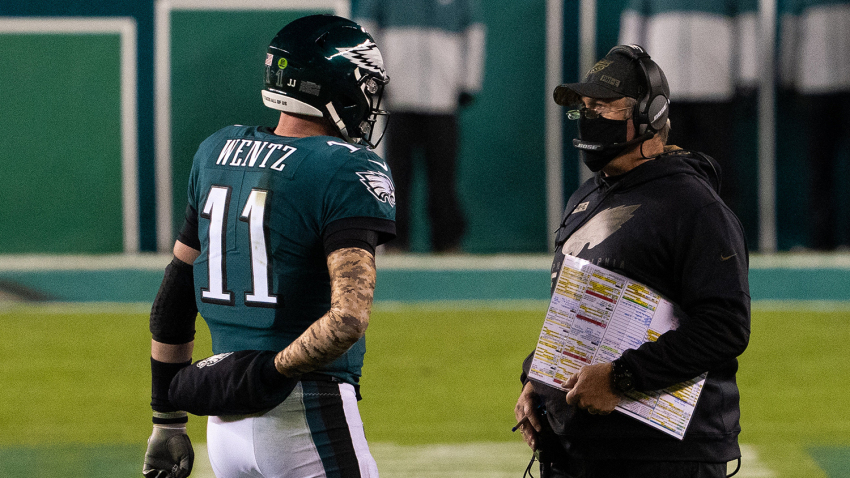 Carson Wentz’s time with the Philadelphia Eagles could be in its final stages as we head to the end of the 2020 National Football League season.

ESPN’s Chris Mortensen reported Sunday that the relationship between Wentz and the Eagles is “fractured” and that the quarterback would help force a trade this offseason. Wentz has been on the bench since Week 13 with Jalen Hurts taking over at quarterback since and will not dress in the team’s regular season finale on Sunday night.

Mort: Wentz’s relationship with Eagles “all but fractured, in fact it is fractured.” Says Wentz expected to request and help facilitate a trade in the off-season pic.twitter.com/bNmJwnI70L

Wentz threw for 2,492 yards along with 16 touchdowns and 15 interceptions this season while also being sacked a season-high 50 times during his 12 appearances. The fifth-year quarterback also suffered 10 fumbles this season, the second-consecutive campaign where he recorded double-digit fumbles.

With many teams seeking a quarterback this offseason, the market for Wentz could be high after his past achievements with the Eagles at a young age. Financially it may be tough for the Eagles to get rid of his contract in full, but the team could pay part of Wentz’s guaranteed money before shipping him off.

With the team sitting at 3-8-1, Wentz was benched for Hurts, who since has put together a nice run of games, despite the Eagles falling out of playoff contention. The former Alabama and Oklahoma starter helped the Eagles to a shocking win over the New Orleans Saints and since has totaled 989 passing yards, 320 rushing yards, and seven total touchdowns.

The Eagles host the Washington Football Team on Sunday Night Football before heading into the off-season.