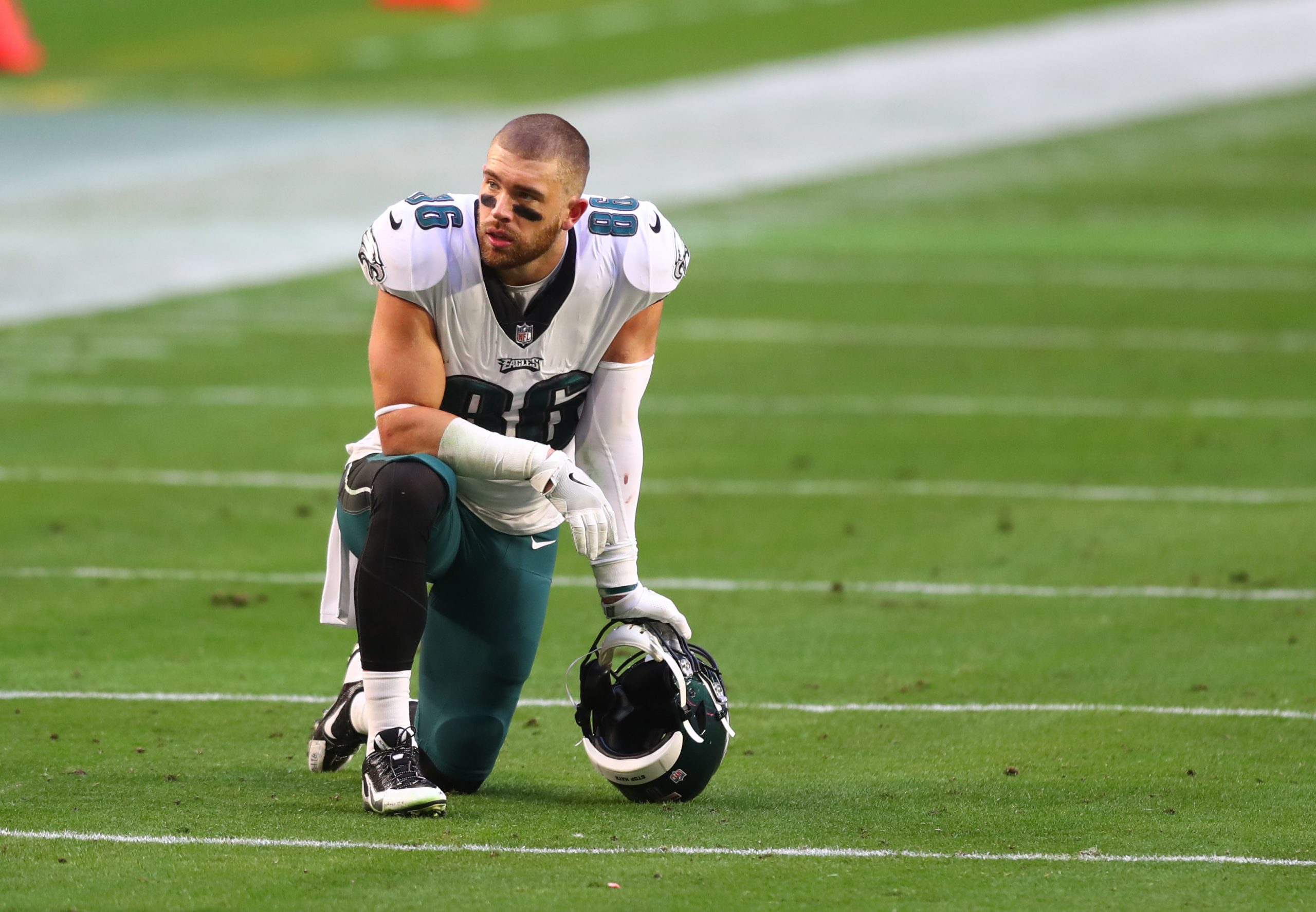 Zach Ertz has delivered one of the top careers a Philadelphia Eagle tight end has done, but very well could be out the door this offseason.

Ertz was tearful in a conference call on Monday with reporters, one day after the Eagles 2020 season came to a close after a 20-14 Week 17 loss to the Washington Football Team. Although the team was already eliminated from postseason qualification, a Sunday Night Football loss to their NFC East rivals was the final dagger in a dismal 4-11-1 season.

Zach Ertz had a heartfelt message to Philadelphia after what could have been his final game as an Eagle.😥 pic.twitter.com/2LfDdyFqsT

The veteran tight end demanded an improved contract earlier this season, and admitted Monday he doesn’t know what will happen next for him.

“I want to be here, even if for some reason something were to happen, maybe I come back at the end,” Ertz said. “I think this city is the best city to play for and I couldn’t have asked for a better experience. The city has meant a lot to me and to my family.”

I don’t know what’s going to happen next year. You never know when your time is going to be up anywhere.”

The game is long over. Zach Ertz sits in silence pic.twitter.com/uosuVepkRs

Ertz currently holds a tradable contract which has one year remaining at an $8.25 million base salary and a total cap hit of $12.47 million. The 30-year-old played in only 11 games in 2020 due to injury, hauling in 36 passes for 335 yards with one touchdown.

The eight-year veteran is a former 2013 second-round pick by the Eagles out of Stanford University and has been one of the best at his position since coming into the NFL. Ertz has recorded 561 receptions for 6,078 yards with 36 touchdowns in his career and is a fan favorite in Philadelphia, scoring one of the most memorable touchdowns in the Eagles 41-33 Super Bowl win over New England in 2018. 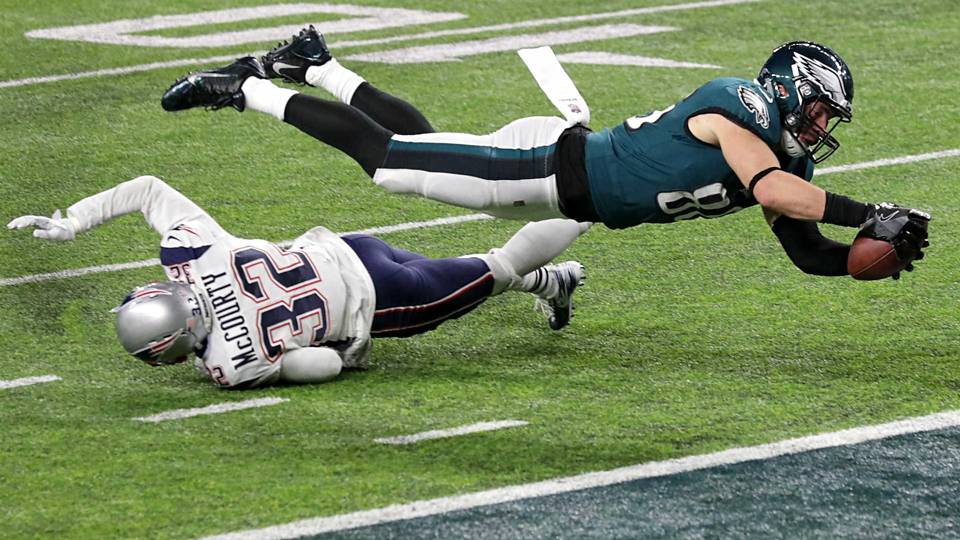 Ertz was seen well after the Eagles loss on Sunday night with teammates Carson Wentz and Jason Kelce on the sidelines at Lincoln Financial Field, taking in what could be his final moments as an Eagles player. Eagles GM Howie Roseman admitted Monday that he always has appreciated the hard work and effort from Ertz both on and off the field.

“I think that Zach is an intense competitor,” Roseman said. “He loves this city. He loves this team. I think for him, it’s all about wanting to be here and be part of that. Sometimes you see that in my role, sometimes it’s not always the good cop. Sometimes you’re in a mode of that you have to do what you think is right for the team, not only with Zach, but with everyone, and that’s hard. That’s hard when you have relationships with guys. It’s funny — not really funny because nothing is really funny today.”

“Again, Zach is a great person, he’s a great competitor and he’s been a great player for us. Obviously, this year didn’t work out exactly how he wanted either but there’s nothing personal. In fact, saw him after the game last night. Saw him this morning. Zach is one of the truly great guys that we’ve had in this organization in the 21 years I’ve been here.”

Ertz and the Eagles now head into the offseason with plenty of decisions to make going forward.