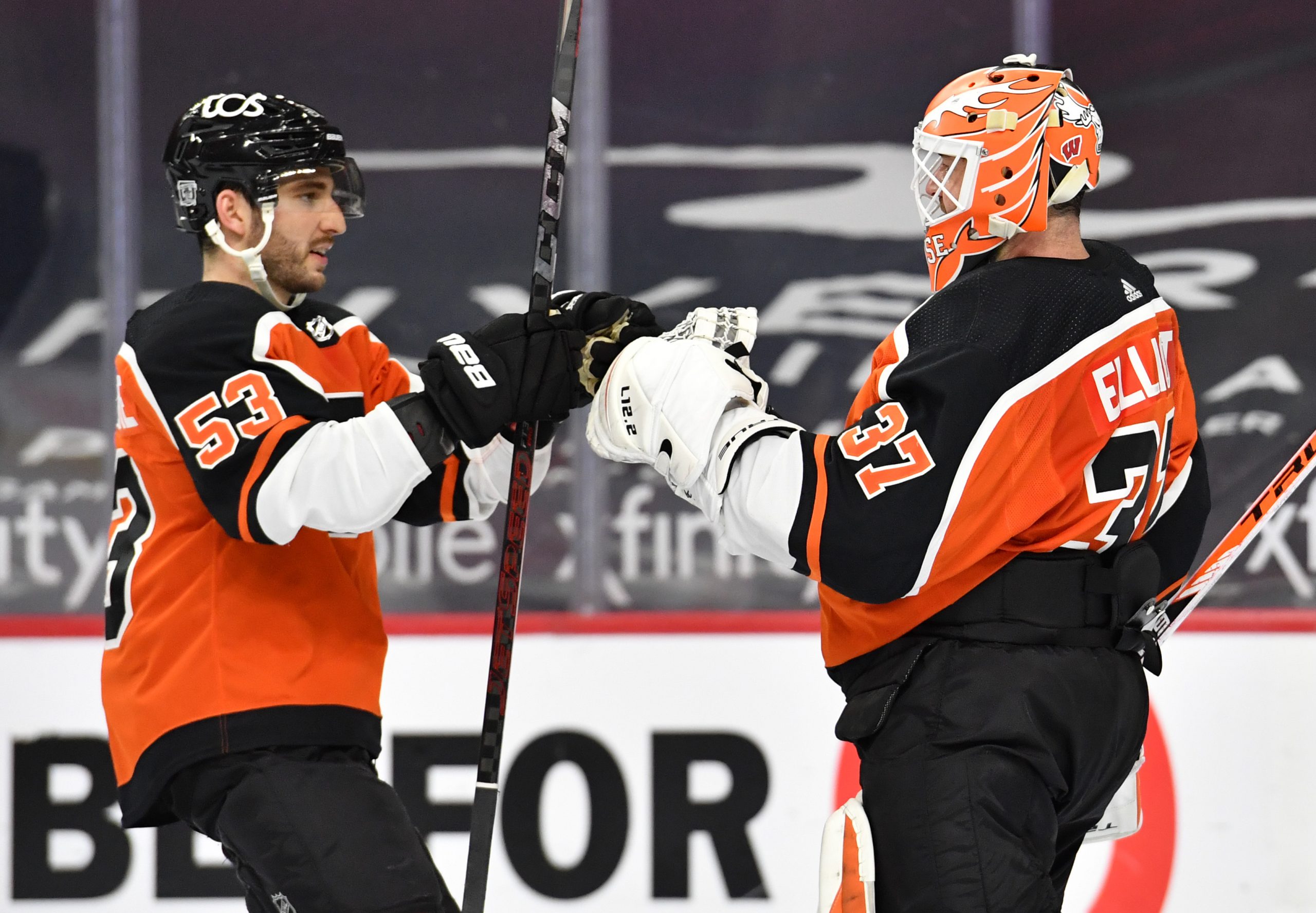 The Philadelphia Flyers hit the road on Saturday for the first game of a back-to-back against the Buffalo Sabres and delivered their best performance in some time.

Sean Couturier registered one goal and one assist while Brian Elliott made 23 saves as the Orange and Black won 3-0 , extending their winning run to two games. It was a dominant performance by the Flyers, who outshot Buffalo by 16 shots, the most by the team in any game this season

Couturier struck first for the Flyers with under six minutes remaining in the first period. Travis Sanheim forced an error in the Sabres zone, before setting up the veteran forward for a one-time effort past Carter Hutton. It was Couturier’s fourth goal of 2021.

After continuing to own the offensive chances in the second period, the Flyers iced the win with a pair of goals in the final five minutes. Shayne Gostisbehere was left wide open on a two-on-one opportunity, and the defenseman made no mistake by wristing a shot past Hutton for his second goal this week.

Scott Laughton would cap the final score at 3-0 with 1:06 remaining in the second period, beating Hutton on a breakaway. Oskar Lindblom sprung Laughton into the Sabres zone, before the forward switched to his back hand and snuck a shot past Hutton for his fifth tally of the season. It was Laughton’s first goal since returning to the lineup.

“Just to get back in the room and part of the routine helps your mindset,” Laughton said post-game. “It gave me a boost of energy and it was nice to contribute and nice to get back.”

Despite late chances by Buffalo, the Flyers would walk away convincing winners as they made it two victories in the past four days.

The Flyers are back at it on Sunday against Buffalo in the second game of a back-to-back.