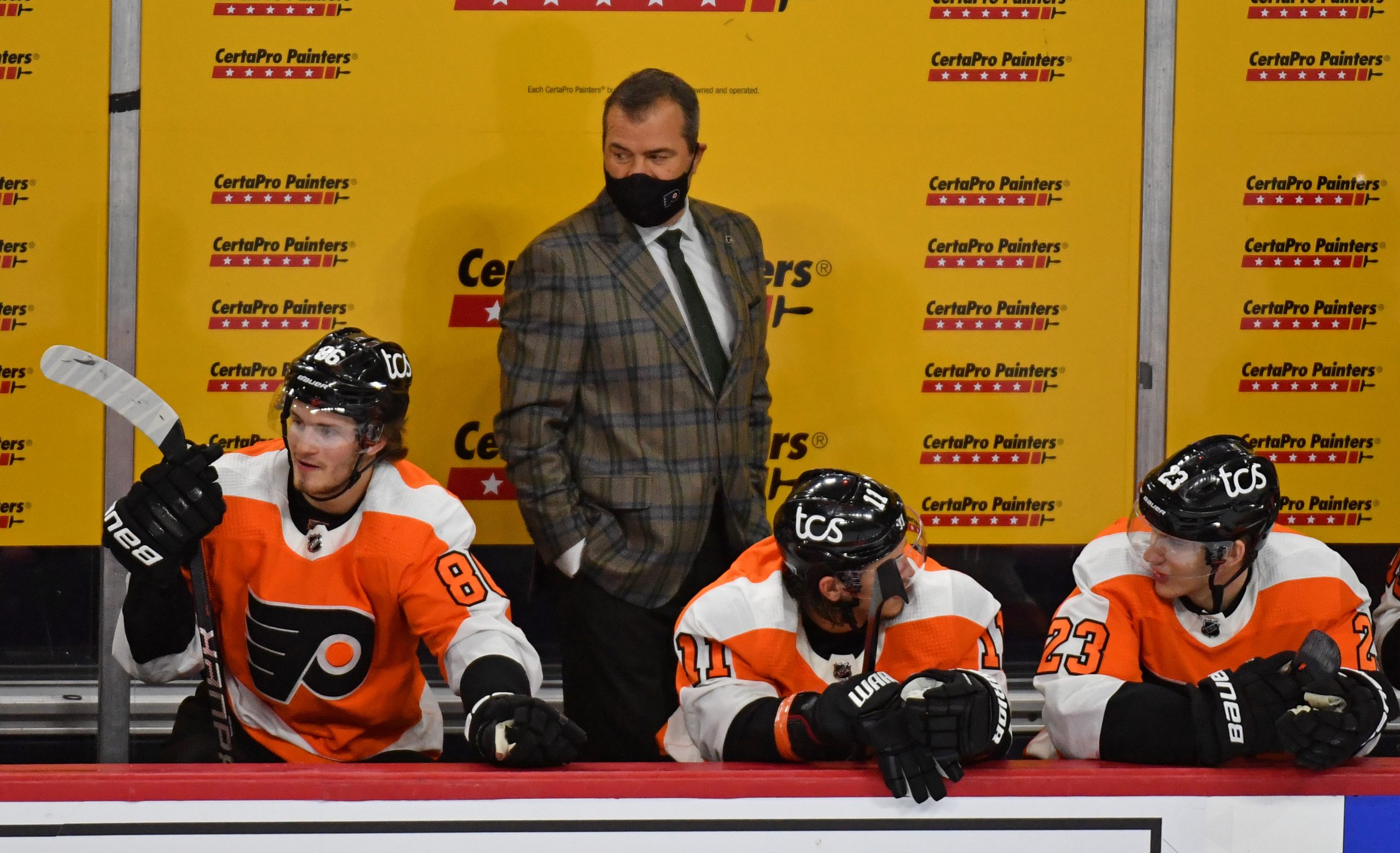 The Philadelphia Flyers’ long wait to return to play looks to be coming to an end this week.

Alain Vigneault and his team returned to the Skate Zone in Voorhees on Tuesday, practicing for the first time in over a week. The Flyers saw four games postponed due to COVID-19 protocol, but are back at it ahead of a Thursday home game with the New York Rangers.

Travis Konecny, Jakub Voracek, and Claude Giroux are just three of the seven players who will likely miss the game due to quarantine, but it will allow for others to step up in their absence.

COVID-19 has impacted several teams this season and the Flyers aren’t the only ones to see games postponed so far. The New Jersey Devils, Colorado Avalanche, and Buffalo Sabres are just a few NHL teams that have had to deal with the cancellation of games and play the waiting game on when they can return to action.

Unfortunately, the break came at a bad time for the Flyers, who were just coming off an important divisional win over the Washington Capitals. A 7-4 beatdown in D.C. on February 7 saw Sean Couturier return to the ice with two goals while Scott Laughton (also on the COVID-19 protocol list) score a hat trick.

“We had practice the day before, we tested, all the tests came back negative,” Vigneault said. “We had two tests that we had to do prior to that game, rapid test, and our normal test. I think it was [Giroux] that came back positive, and they didn’t want to take any other chances so the game was canceled. We set up transportation the best way we could to keep everybody safe knowing we had the results of those tests and bussed back to Philly.”

“Since that time, we’ve been shut down. We’ve been testing and going home and staying home. We’ve been doing exactly what the NHL wants us to do, and hopefully, we got it in time and now this virus is going to stay away from our team.”

Since then, the team could not practice and had to wait for the green light from the league to return to practice. Now with several key starters unavailable for Thursday’s game in South Philadelphia, Vigneault will have few options to consider in hopes of grabbing a second-straight win.

“We might have different possibilities, dress 6 and 12, 7 and 11,” Vigneault said. “We’ll see how practice goes tomorrow. We basically haven’t seen anybody for the past week, we’ve been in lockdown. Other than coming in in the morning and some days it’s one test, other days it was two, we’ve just been in and out. Originally I thought we would have more than one full day of practice to get ready, but that was changed yesterday. It is what it is, and what it is, is a full team practice tomorrow, morning skate on Thursday, play Thursday night. So we’ve got to be ready for that.”

The Flyers sit four points back of the Boston Bruins in the East standings, but remain in second place with four games still to make up later this season.