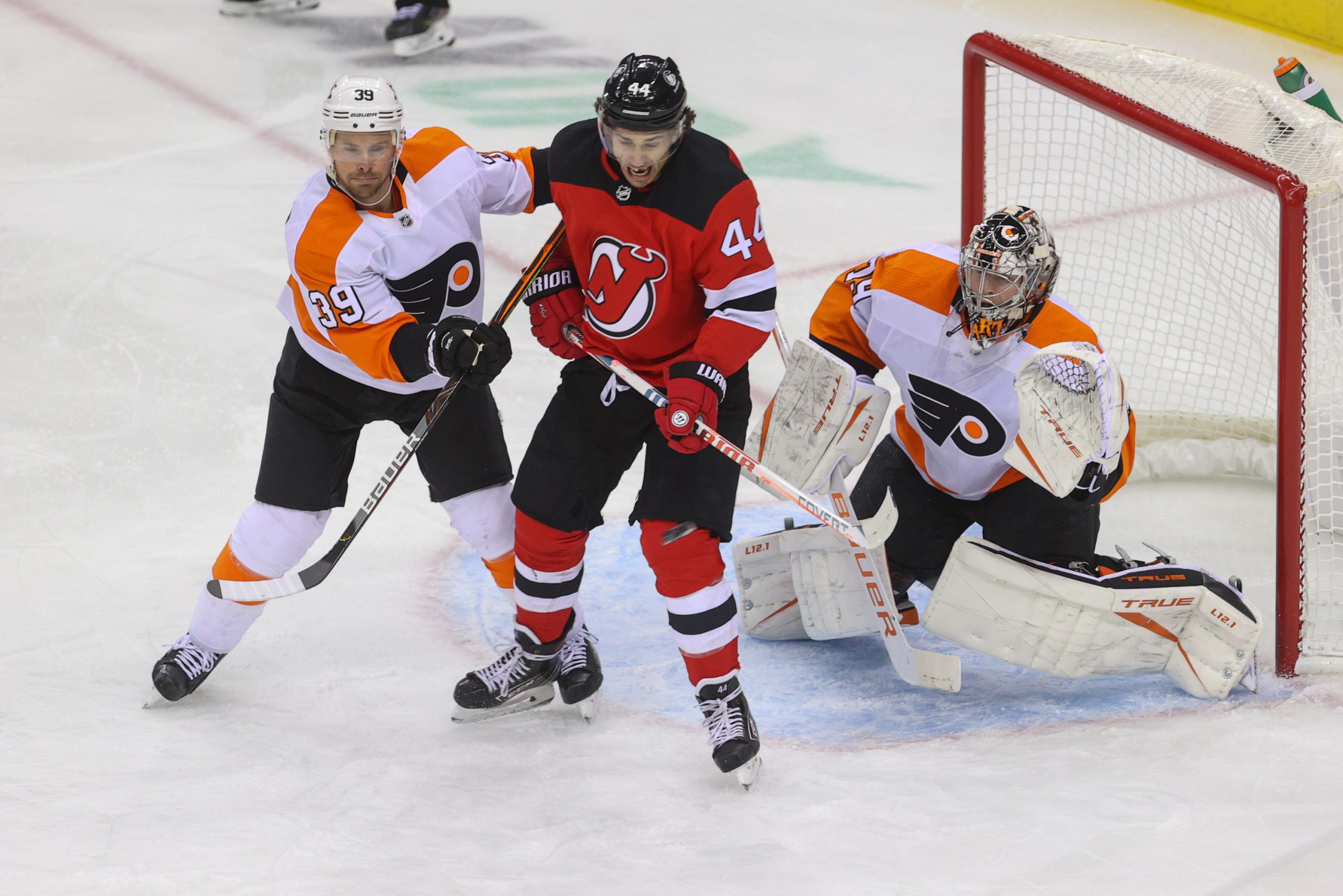 The Philadelphia Flyers will have an open period following Tuesday’s game against the Washington Capitals due to COVID-19.

Due to an outbreak of positive cases for the New Jersey Devils, the Orange and Black has seen a pair of upcoming home games postponed. The Flyers were scheduled to host the New Jersey Devils on both Thursday and Saturday at the Wells Fargo Center, but will now have a gap from Wednesday-Saturday due to the league’s decision to postpone the pair of games.

The Devils’ facilities have been closed since February 1, and Monday saw the team add three players to the COVID-19 protocol. Sixteen current Devils players remained in protocol and the team will also see a scheduled February 15 game against Boston postponed.

Alain Vigneault’s team rebounded nicely on Sunday in D.C. with a 7-4 win over the Capitals. Defenseman Travis Sanheim missed the game due to COVID-19 protocols, but the game proceeded after rapid tests delivered to both Philadelphia and Washington did not see any positive cases.

The Flyers will close out a two-game road trip in the nation’s capital on Tuesday before returning home this week. Philadelphia will then travel to face the New York Rangers on February 14 for the first meeting between the two teams this season.

Philadelphia sits second in the East Division on 18 points, level with the Bruins.