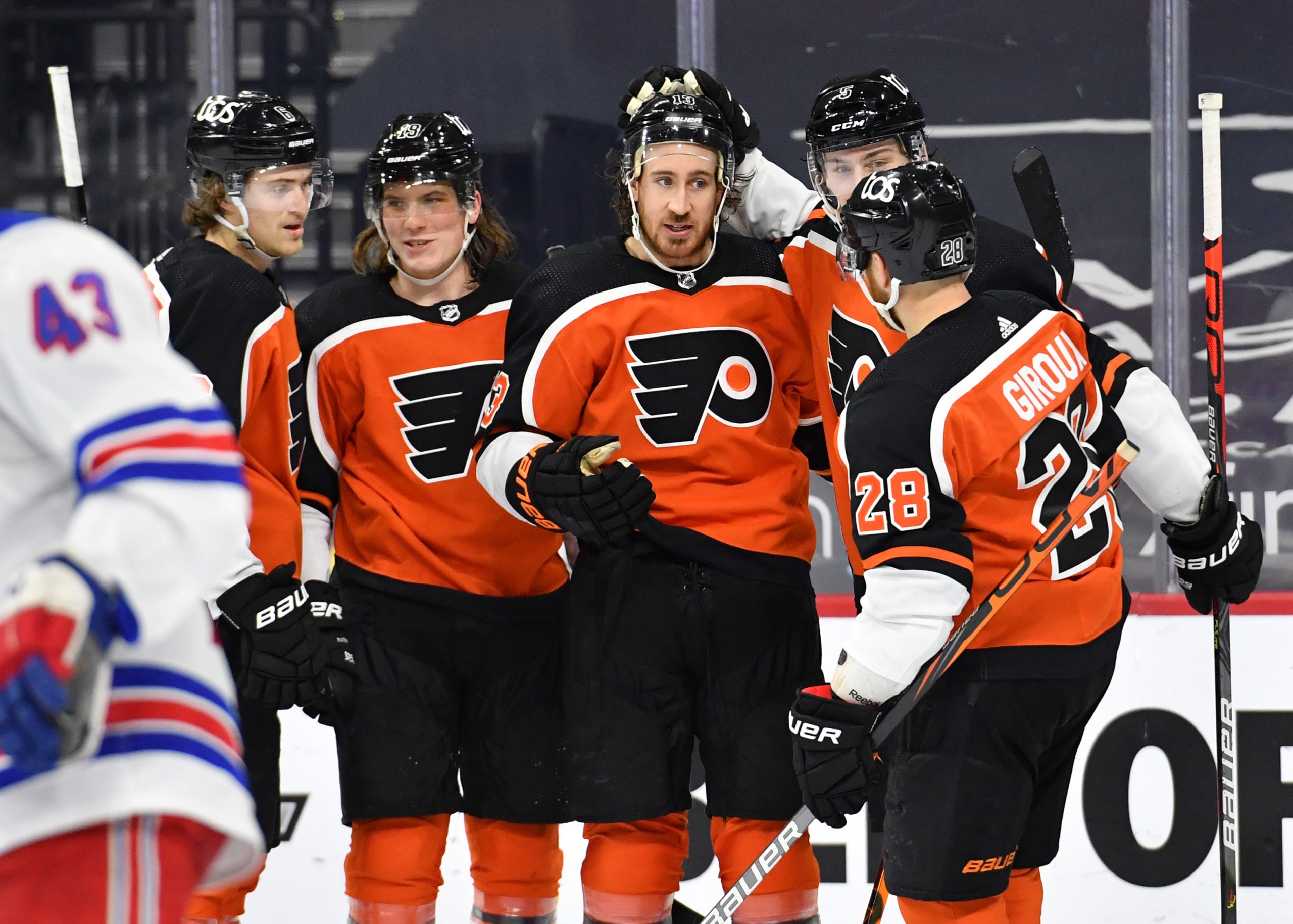 Kevin Hayes has always played a part against his former New York Rangers, and on Wednesday night, the veteran got the final say at the Wells Fargo Center.

Hayes scored the winning goal for Alain Vigneault’s team, Claude Giroux registered three assists in his first game since February 7, and the Flyers picked up a 4-3 victory over their East Coast rivals. It was the Flyers’ first win since a short COVID-19 break caused the team to stay off the ice for 10 days, and an important win with several players still missing.

Brian Elliott stepped in for Carter Hart and made 24 saves to pick up his fourth win of 2021.

The Flyers answered first with Erik Gustafsson opening his goal-scoring account since his move to Philadelphia. His slap shot from the top of the zone beat Igor Shestyorkin for a 1-0 Flyers lead.

Chris Kreider answered not long after for the Rangers as his wrist shot on the power play tied things up just under two minutes later. Mika Zibanejad and Adam Fox were credited with the assists as the Rangers hit back.

👻🐻 with a beauty and the blueliners are taking it to the blue shirts. #AnytimeAnywhere | #NYRvsPHI pic.twitter.com/bHLT8iVZkw

James Van Riemsdyk added to the fun in the second period, scoring on a wide open play for his seventh power play goal of the campaign. Joel Farabee’s pass across the zone was slotted home by Van Riemsdyk, who tied  Toronto’s Auston Matthews and Dallas’ Joe Pavelski for the league lead in power play finishes.

The Rangers were able to pull a goal back before the second intermission as Kreider was the beneficiary of a great 1-2 pass from Dylan Strome and Zibanejad. Strome’s cross-ice pass was quickly one-timed towards the goal by Zibanejad, allowing Kreider to score off his foot from close range.

Kevin Hayes re-extended the Flyers’ advantage to 4-2 though later in the period, finishing off assists from Philippe Myers and Giroux for his seventh goal of the season. Hayes roofed a shot from the goal line over the shoulder of Shestyorkin.

After some early pressure in the third period, the Rangers pulled to within one goal with Kreider completing his hat trick. The veteran forward scored on the doorstep to make it 4-3, however, it was the closest the Rangers would get to a comeback.

Elliott made several big saves down the stretch on both Zibenejad and Kreider to preserve the needed win on home ice. Despite the Rangers pulling their goalie in hopes of forcing overtime, the Flyers ran out the final seconds to earn their ninth win of the season.

The Flyers next face off with the Buffalo Sabres in a pair of road games on Saturday and Sunday.