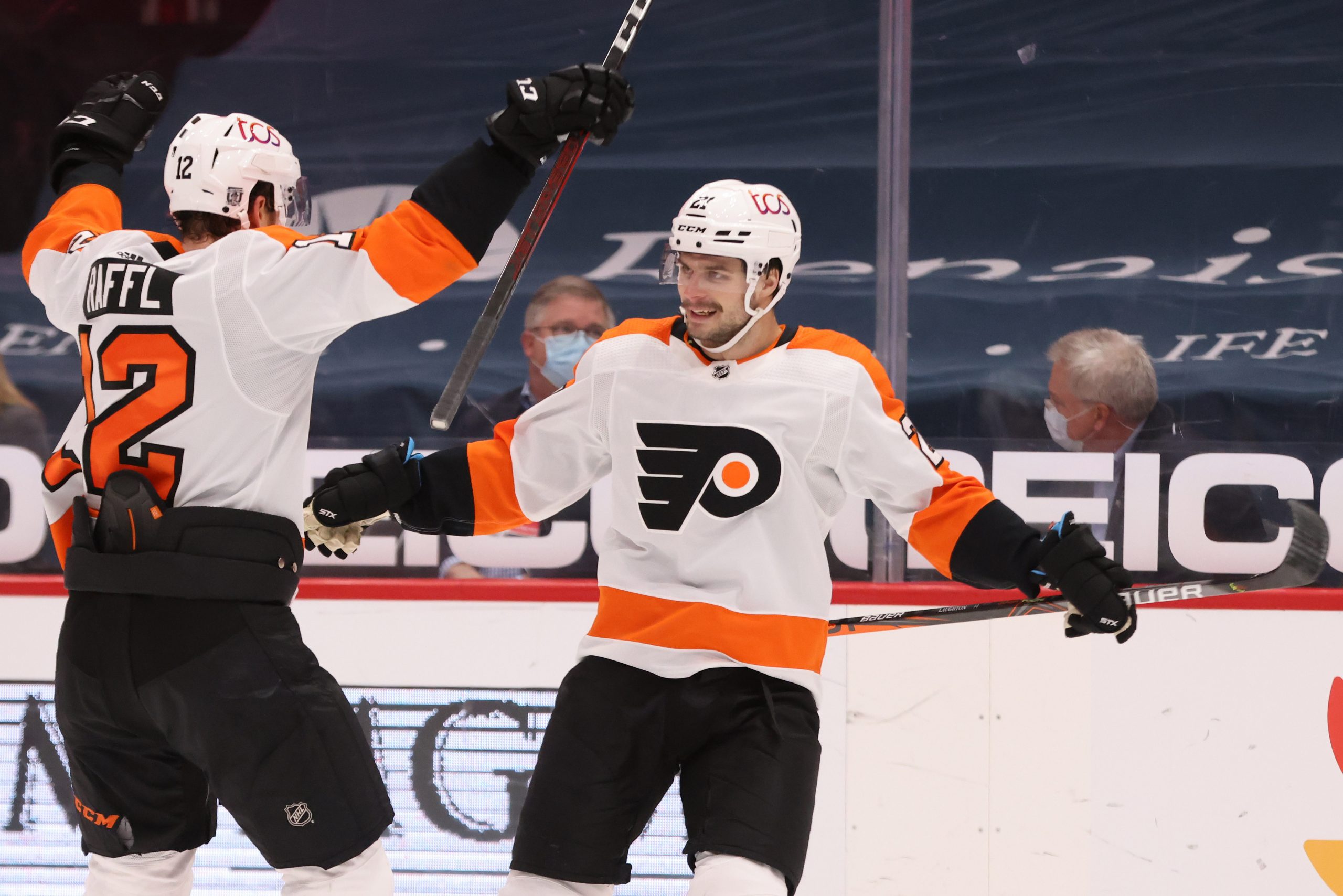 The Philadelphia Flyers have had trouble closing out games recently in the NHL regular season, but that was not an issue on Sunday afternoon in the Nation’s Capital.

Scott Laughton registered a hat trick while Sean Couturier added two goals and one assist as the Flyers snapped a two-game losing streak with a 7-4 win over the Washington Capitals. The Orange and Black fought back to tie things up in the second period before scoring three unanswered goals in the third period to claim the victory.

It proved to be a back-and-forth affair from D.C. as the Flyers fought their way back from an early hole. Alex Ovechkin and Tom Wilson each scored in the opening period, before Laughton’s first of the afternoon cut the deficit to one goal in the opening 20 minutes of action.

Laughton needed only 2:29 into the second period to make it 2-2, with Joel Farabee and James Van Riemsdyk registering assists on the tying goal.

Ovechkin’s second of the game swung things back in Washington’s favor, but the Flyers would not lay down. Robert Hagg’s slap shot made it 3-3 before the teams traded another pair of goals in the final 12+ minutes of the second period.

Van Riemsdyk’s seventh goal of the season put the Flyers in front with a slight lead, before Ovechkin and Wilson connected with Nicklas Backstrom for the Swede’s sixth finish of the season.

After a good ending to the second period by Washington, it was the Flyers who hit early in the third to take control. Couturier’s wrist shot 0:31 into the period made it 5-4 before Alain Vigneault’s team capped off an important bounce-back performance.

Laughton capped his hat trick with only three minutes to play before Couturier scored an empty net goal to make the final score 7-4.

Carter Hart made 33 saves in goal for the Flyers, picking up his fourth win of the regular season. Despite being outshot 37-to-23, the Orange and Black remained level on points with the Boston Bruins for the top spot in the East Division.

Up next for the Flyers is the second of a two-game road trip in Washington on Tuesday before they return to the Wells Fargo Center later this week.