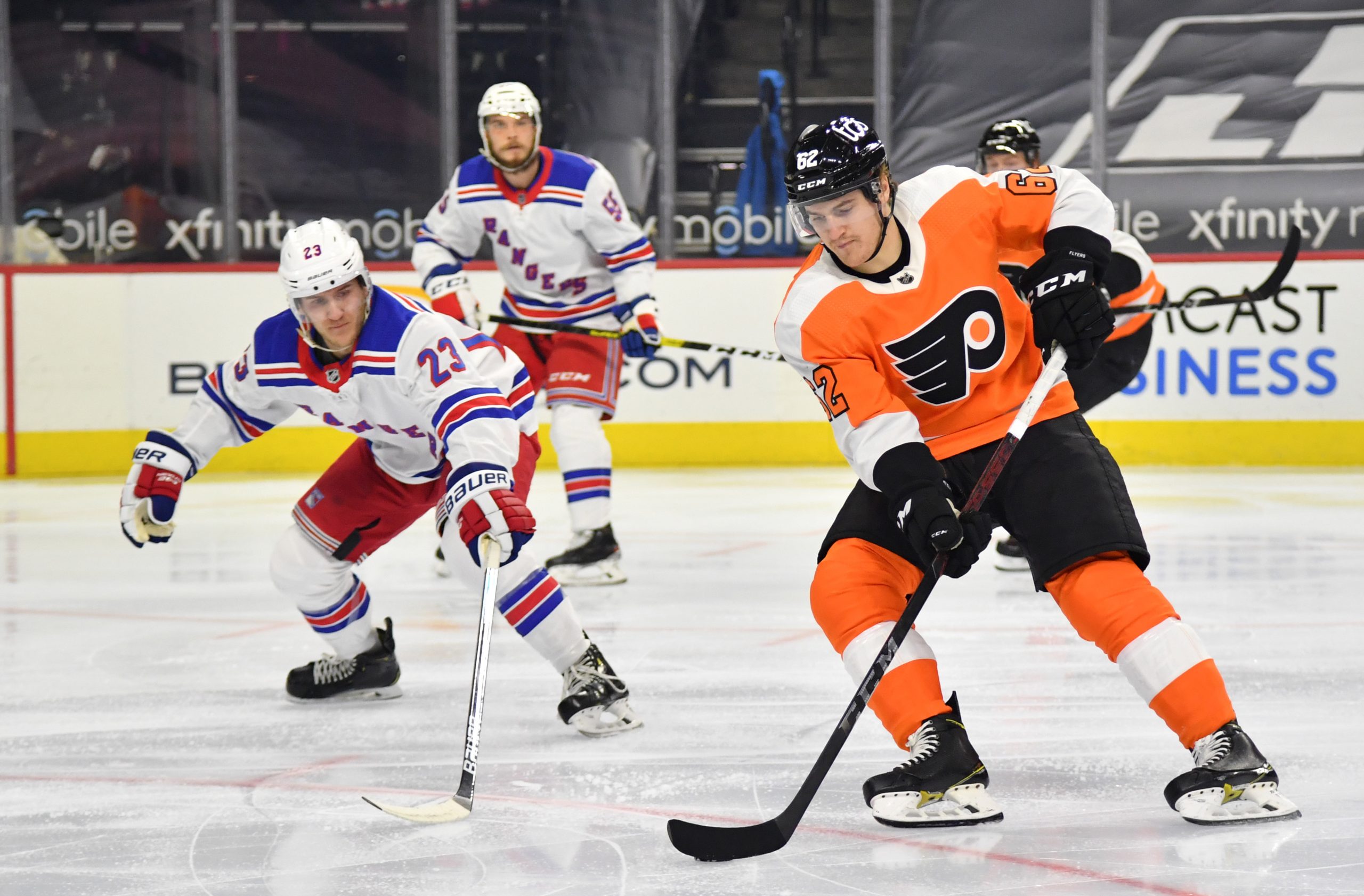 The Philadelphia Flyers returned to the ice on Thursday night with several players unavailable, but some familiar trends continued for the Orange and Black.

Joel Farabee forced overtime for the Flyers, but the New York Rangers beat Carter Hart twice in a shootout for a 3-2 victory. It was another example of the Flyers’ struggles outshooting their opponents, which finished 32 to 22 in favor of New York after 65 minutes of hockey.

Nicolas Aube-Kubel gave the Flyers an early lead, backhanding a shot past Alexandar Georgiev in the opening 59 seconds of the first period. It snapped a 10-game goalless drought for Aube-Kubel, who now has two goals this 2021 season.

The Flyers did their best to add to the lead, but could not find their way past Georgiev or the Rangers defensive corps.

New York would answer back with 3:24 remaining in the second period as Colin Blackwell power-play tip-in beat Carter Hart to make it 1-1. It was Blackwell’s second goal of the season and his fourth point overall.

After continuing to pile on the pressure on Hart, the Rangers would get a lucky break to score what looked like the game-winning goal. Smith was left wide open to score into an open net, after Artemi Panarin’s back-handed pass left Hart out of position.

With Hart pulled and on the bench, the Flyers forced overtime as Joel Farabee arrived on the spot to jam home a loose puck past Georgiev. It was Farabee’s seventh goal of the season and a dramatic finish to the final minutes of the third period.

Hart came up with several big saves in overtime, denying Panarin on a pair of attempts. The young goaltender forced Panarin’s early wrist shot off the right post before rejecting the forward from close range in a power play.

That’ll do it for OT.

However, the Flyers did not make the most of their shootout opportunities, as Kevin Hayes and James Van Riemsdyk both were denied by Georgiev. Kaupo Kakko and Panarin both beat Hart stick side while Sean Couturier registered the only successful finish for Alain Vigneault’s team.

The Flyers will next travel to Nevada for Sunday’s showdown with the Boston Bruins at Lake Tahoe.