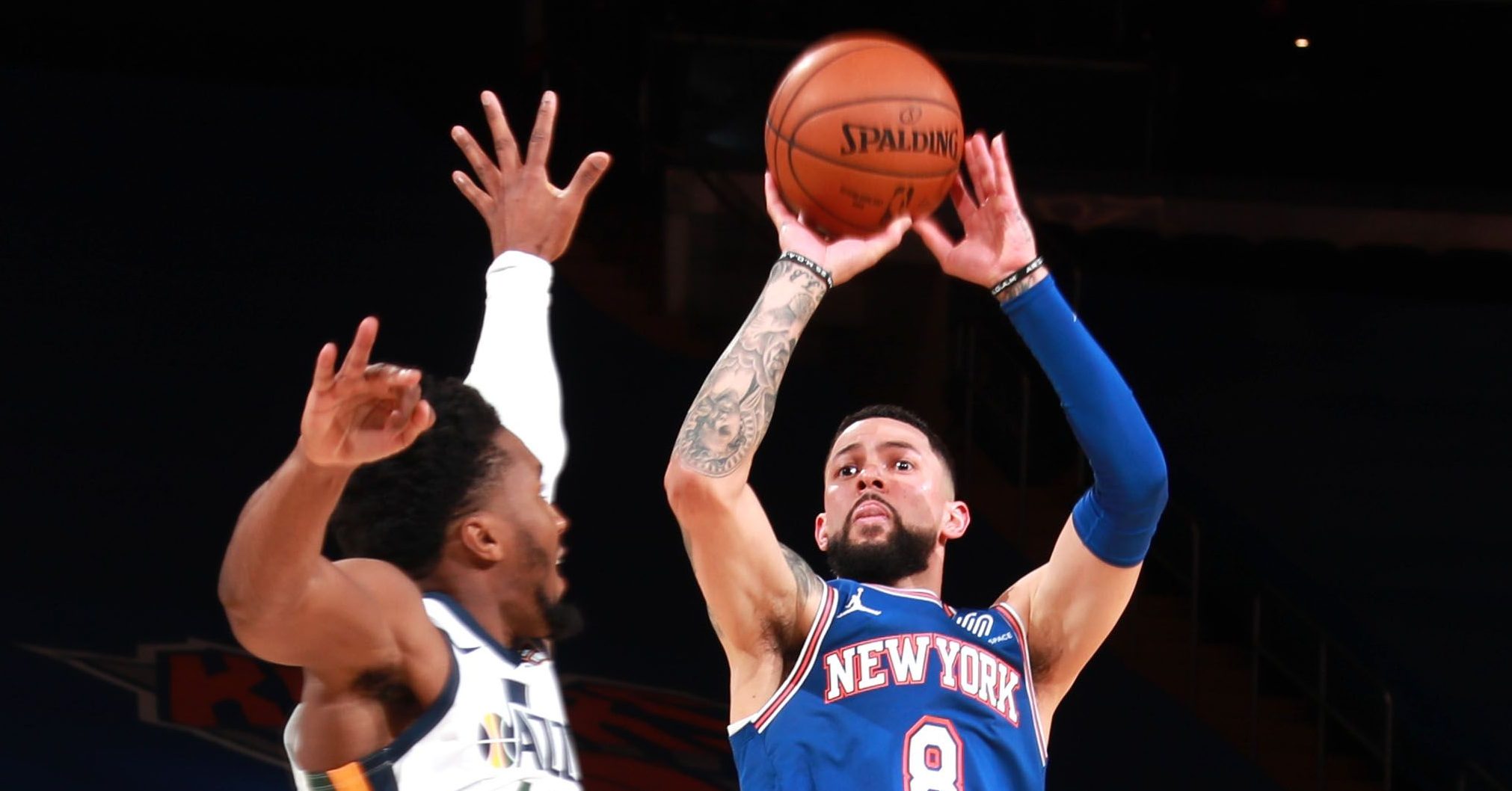 Well, I hoped this day would never come, but we all knew it would. We had our first losing side on Wednesday. I woke up the next morning, took a long look in the mirror, covered my face in shaving cream, and gave myself a clean slate. The fact that I did not have a beard at the time and was essentially just using a razor to wipe foam from my face is beside the point, the symbolism of what the clean slate means is what is important.

Now, with this exciting new outlook on life, it feels like the perfect time to get back in the win column. Now, let’s get to the Friday Five:

The Wizards are tied for the lowest win total in the league coming into tonight’s game. It’s been an ugly season and the team is not necessarily set up for success anytime in the near future. But they have had one bright spot, and that is Bradley Beal. Beal is averaging over 32 PPG and has single-handedly kept this team in many games that they had no business being in. There is only one problem: Beal is taking the night off.

The Knicks started off the season showing some signs of hope. They started off 5-5 and some of their younger players were showing signs of growth and potential. That has since faded, and they find themselves at 11-15, losing seven of their last 10 coming into the match-up.

So, if both teams have been fading, where’s the opportunity? Glad you asked. Coming into this game, both teams have gone under in four of their last five. Washington to begin the season had some games go way over due to terrible defense, and while it’s still a problem, it has subsided from its peak. Add in that Beal is missing and I don’t think the Wizards can make up that offense, means not a ton of points in this one.

Take under 219 and just hope a garbage game overtime doesn’t kill us.

I will admit, I was a late adopter of the Jazz hype. I just looked at that team and they didn’t seem capable of keeping it up over the long haul. And while I don’t think they will continue to win 80% of their contests (currently 20-5 on the season), I have to say it is a large enough sample to size that we need to consider the Jazz among the league’s elite. Donovan Mitchell, despite what Shaq thinks, has been excellent this season for Utah and the team has a great supporting cast with six total players in double figures.

Milwaukee has also been hot as of late, winning five of their last six. But they just lost a heartbreaker by one point against the Suns on Wednesday and they haven’t had a lot of success against upper echelon teams this season. Part of that isn’t there fault, in the fact that they have had a very easy schedule. The only title contending teams they have played this season are the Lakers, Celtics, Jazz, Nuggets, and Nets. Against those five, they have gone 1-4, with one of those losses against the Jazz. Over the past few years, the Bucks have had great regular season records, but to me seem to get there by dominating bad teams, not necessarily beating other title contenders.

Accept the fact that the Jazz are an elite team and take them to cover the 2.5.

Despite what you may think, I am not simply picking this game so I can work the phrase “Nebrasketball” in the post. That is simply just an incredible benefit. I feel bad for Nebraska fans. Not specifically of the basketball team, but it seems like the whole university has been irrelevant since the Tom Osborne teams in the 90s. This year’s team is falling right into that fold. The team is 0-8 in conference play, and six of those losses have been by double digits.

On the other side, the Fighting Illini have been one of the best teams in this year’s best conference. Ranked No. 6 in the nation, Illinois has a chance to earn a No. 1 seed come tourney time if they can keep playing well down the stretch. They also two extremely dynamic players in Ayo Dosunmu and Kofi Cockburn. This past Saturday against No. 19 Wisconsin, Dosunmu recorded just the third ever triple-double in program history, while Cockburn had a dominant 23-point, 14-rebound night himself.

I do believe Illinois will dominate this game, and we will have a sense that Nebraska is out of it within the first two or three minutes, but with a huge 14.5 spread, I don’t think that’s the play. That number is just a little to large for me with the game in Lincoln. What I do like is the under. The total is currently sitting at 148, and I don’t think Nebraska is going to keep up their fair share to hit the over. Illinois will likely be up big early, and could slow down the game in the second half, maybe even pulling starters with a good amount of time left.

Take the under 148.5 and just be thankful you don’t need to watch many Nebrasketball games.

I love A10 basketball. I went to Saint Joe’s and am a diehard Hawks fan [this year has just been awful], but I also think the conference doesn’t get the respect it deserves. The A10 consistently is putting in three teams in the tournament, and produces many of the mid majors that have chance to go on great runs, such as Dayton last tournament.

These two teams playing tonight currently sit atop the conference standings, and are the only two teams from the conference currently projected to make the tournament according to ESPN’s Joe Lunardi. The key in this game for me is a long time A10 trend. St. Bonaventure is dominant at home, as they always seem to be. My best friend played soccer at SJU and would used to describe the trip as “Imagine going to the worst, most bland place on earth. Now multiply that by 100 and remember you are driving five hours to get there.” For teams that visit them in conference, it is usually an awkward, long bus ride road trip to a freezing tundra, and I honestly believe that leads to the Bonnie’s success at home.

But, for tonight’s game, that has zero impact. The game is at VCU who I believe is the superior team. Bonaventure did take care of business against VCU three weeks ago, winning 70-54. I think this is a nice revenge spot for VCU to split the season series and I expect them to establish themselves as the top dog in the A10.

Trust that St. Bonaventure is not the same team on the road, and lay the points with VCU.

Coming into this season, I thought the magic might be able to surprise some people. They showed some fight in their first round exit against a superior Bucks team, have a core that had now had some time to gel together, and are younger than some other teams previously above them who are now aging. That simply has not panned out. They have been decimated with injuries, getting blown out plenty by average competition, and just have a dead in the water vibe. This is also the second half of a back-to-back on the road after losing to Golden State last night.

In the other corner, we have the Kings, who have been a surprisingly hot team as of late. They have won four of their last five, and four of those games were against top competition in the Clippers, Nuggets, Celtics, and Sixers [their only loss].  The team has had time to regroup since Tuesday’s loss, and are now getting to play a team that is not even a playoff contender at the moment, who just played last night.

This game screams Kings blowout to me, lay the points.

As I said in the beginning, we knew a losing night would come at some point, it is third in line behind death and taxes. Nevertheless, we shall Trust the Process and power on with a rebound night to start off our weekend!