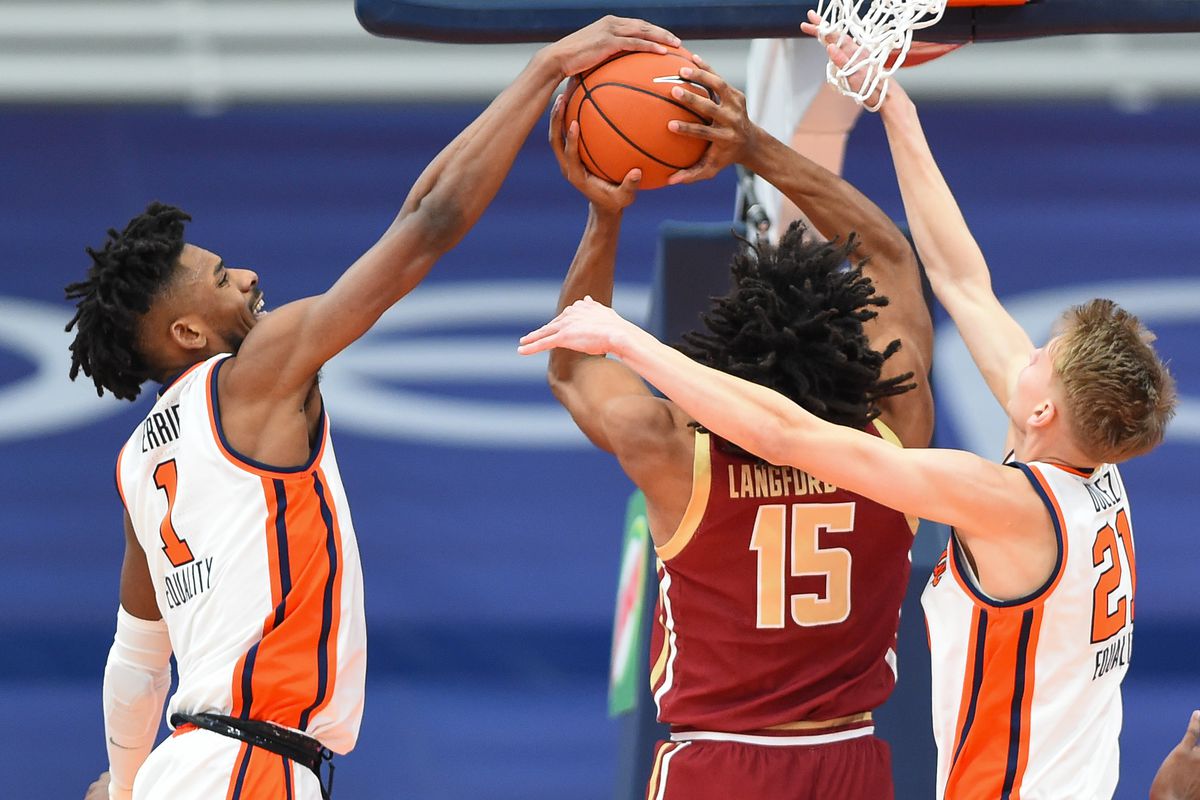 We are getting into the meat of the National Basketball Association season, and even the college basketball season. The newly designed NBA All-Star Game is just a few weeks away, and teams are starting to establish tiers of who are the real contenders in each conference. On the college side, Bracketology season is really starting to pick it up, and teams that are on that bubble are fighting for their tournament lives each night. What a time to be alive to sit on the couch and watch all of this action!

Here are your Hump Day Hits:

Another week, another program that’s been derailed by COVID-19. Louisville was supposed to play Syracuse two weeks back, but that game was canceled due to coronavirus concerns in the Cardinals program. Including that match-up, the Cardinals missed three games in total, but I’m expecting them to come into this game ready to go.

Syracuse comes into the game 12-6, and they have done a great job this season taking care of business against inferior teams. But they haven’t had as much luck against the better teams in the conference, with the exception of a win against Virginia Tech. Many of those losses have been blowouts. While Louisville isn’t an elite team by any stretch, they meet the definition of teams that have had plenty of success against Syracuse this year.

Don’t worry about the layoff, take the Cardinals and lay the points.

In today’s NBA, you don’t see too many totals below 210 as we see in this match-up here. To me, that screams that the sportsbooks are begging you to take the over, and if the books are begging me to do something, my initial question is always the same. Why? So I did some digging.

These are the second and third-lowest scoring teams in the league this season, each averaging between 104 and 105 PPG. I know what you’re thinking – yes, that totals to 209 points on average and that’s only half a point below the number, currently sitting at 209.5 – and I can’t argue with that math … but I can argue with that logic.

These teams are two of the slowest-paced teams in the league as you can see by their points per game. They consistently are playing teams who are going at a much faster pace, which in turn actually increases what their points per game would be in isolation. Now with these two facing off, I’m expecting a slow scoring game, where it’s possible neither team actually breaks 100.

I’m going to reiterate something I mentioned over the weekend: If it ain’t broke, don’t fix it! Yes, I know the Jazz will lose and not cover at some point, and admittedly when I looked at their upcoming schedule over the weekend, this looked like it could be the spot.

But L.A.’s second team has already ruled out Paul George and Nicholas Batum, who are both averaging over 29 minutes per game. Kawhi Leonard missed the last few games, and I don’t see them rushing him back to play a scorching-hot Jazz team when other players are already missing from the lineup.

I will say you’ll benefit from getting in on this line early. If Leonard is officially ruled out, then it will shoot up. On the other hand, even if he does play, I still like the Jazz to cover this spread. They’ve been on fire and I think a team needs to be at full strength to take them down.

Ride the heater with Utah and lay the four points while you can!

And just as quickly as your Hump Day Hits arrived, they have left. Get those plays in early and let’s go get some money!