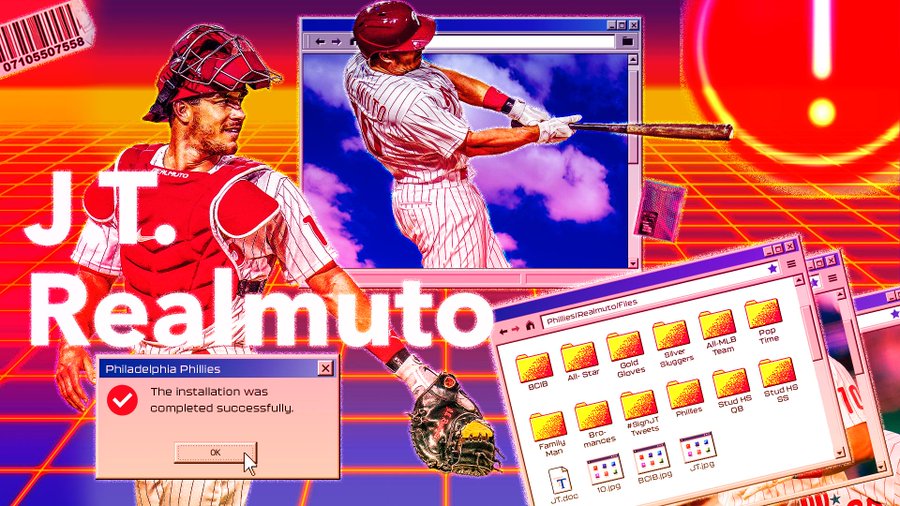 We’re back at it again with the Brew! We’re less than a week away from Super Bowl LV, featuring the Kansas City Chiefs and the Tampa Bay Buccaneers. There was still plenty of action this weekend with the Phillies re-signing J.T. Realmuto, WWE’s Royal Rumble, the start of a huge snowstorm for the Philadelphia area and Northeast region, and so much more. Without any further delay, here’s your much needed cup of Brew for February 1, 2021.

The best catcher in baseball is staying in Philadelphia. pic.twitter.com/2W1qp5JurF

The Flyers showed JT some love

Flyers give a shout-out to the ⁦@Phillies⁩ for signing JT Realmuto pic.twitter.com/egJ1WKlEUQ

Didi Gregorius is back in the Phillies fold as well

Edge was the winner of the Men’s Royal Rumble Match

On this day, we see clearly. #WrestleMania #RoyalRumble @EdgeRatedR pic.twitter.com/qASYcas95l

Let the Cinderella story be told!

A great way to end a very good #RoyalRumble @EdgeRatedR

Edge did it as the #1 entrant in the match

Edge wins the Men’s #RoyalRumble match as the #1 entrant! He was +175 heading into the match.

The Pi/Gambler squad was definitely feeling the Bianca victory

Bianca Belair enters at #3 and wins the Women’s #RoyalRumble after eliminating Rhea Ripley! She was the heavy favorite heading into the match at +110, via @BovadaOfficial https://t.co/wQZwm9H2P5 pic.twitter.com/mtolJyjfzg

WWE jumped on this trend and it looked great!

I see WWE has quickly jumped on the “use fast lenses in a mirrorless/SLR” trend started by NFL broadcasters pic.twitter.com/VjsNPQ7Jhe

What the heck is going on here?

An Edge and Christian reunion at the Rumble!

You saw the results of the Royal Rumble, but did anyone from Pi, The Gambler, or the Straight Shooters get it right with their predictions?

JUST IN: Philadelphia’s Managing Director Tumar Alexander announced a snow emergency will be declared throughout the city beginning at 6 p.m. Sunday through Tuesday as a powerful winter storm moves into the region⬇ https://t.co/4VVQpNr92g

The heaviest snow to come on Monday?

The heaviest #snow will fall #Monday. An update @fox29phily at 10PM pic.twitter.com/s9jAEij4xz

Philadelphia is trying to keep the roads clear of cars

In an effort to keep roads clear for snow plows during the ongoing nor’easter, Philadelphia is offering $5 parking for 24-hours in six garages around the city during the snow emergency.​ https://t.co/58WatAIyXN

Lake Michigan this evening looks like a scary place… pic.twitter.com/dc4JalLBKU

The Sixers got their first W without Joel Embiid

The Sixers want the smoke!!

You know the deal when the Sixers win

The Flyers got two big overtime wins this weekend

Scotty with the game-winner! pic.twitter.com/L0hHjPrqyo

.@DocRivers on John Chaney’s legacy as a coach and as a teacher. pic.twitter.com/idpQMLpICt

This Eagles fan is an absolute legend

Jayson Tatum with an amazing pass right here against the Lakers

Jayson Tatum with the best dime of the foreseeable future pic.twitter.com/PppVwvoBvR

Dame Lillard for the win

BREAKING: Lions trading Matthew Stafford to the Rams for Jared Goff, two first round picks, and a third round pick. (via @RapSheet) pic.twitter.com/5j6U4NiAUd

The Minnesota Wild uniforms are sick!

Some new threads for the @mnwild. 😍#ReverseRetro pic.twitter.com/E20QWG76MR

BREAKING: NYC releases, for first time, data on race/ethnicity of those who have been vaccinated so far.

We need dramatic action NOW to fix this.

It was a wild week for GameStop

GameStop shares have soared 1,600% this year. Here’s how the market frenzy played out this week 📈 https://t.co/MkEI7R00hZ pic.twitter.com/qxE6e57lmL

Lunatic Marjorie Taylor Greene should not be in Congress

“When we rise up, we can end all of this. We can end it. We can do it peacefully, we can. I hope it doesn’t, we don’t have to do it the other way. I hope not. But we should feel like we will, if we have to.” Marjorie Taylor Greene, over 2 years ago. This is beyond disturbing. pic.twitter.com/wm048aQUe7

It appears that Trump’s new impeachment lawyer’s firm sued Trump and the US Postal Service.

In their lawsuit, they noted that Trump has made “repeated claims” “that voting by mail is ripe with fraud despite having no evidence in support of those claims.” pic.twitter.com/zRSE7acO3Q

What role did Alex Jones play in the attack on the Capitol on January 6th?

The rally that preceded the Capitol insurrection was arranged and funded by a small group including a top Trump campaign fundraiser and donor facilitated by far-right show host Alex Jones. https://t.co/TZ9nCLOYWP

Vladamir Putin has a protest problem in Russia

The U.S. condemns the “harsh tactics” used against some demonstrators

BREAKING: Myanmar military television says military has taken control of the country for one year. https://t.co/s2G7ewwVCe

Here’s the timeline of events in Myanmar