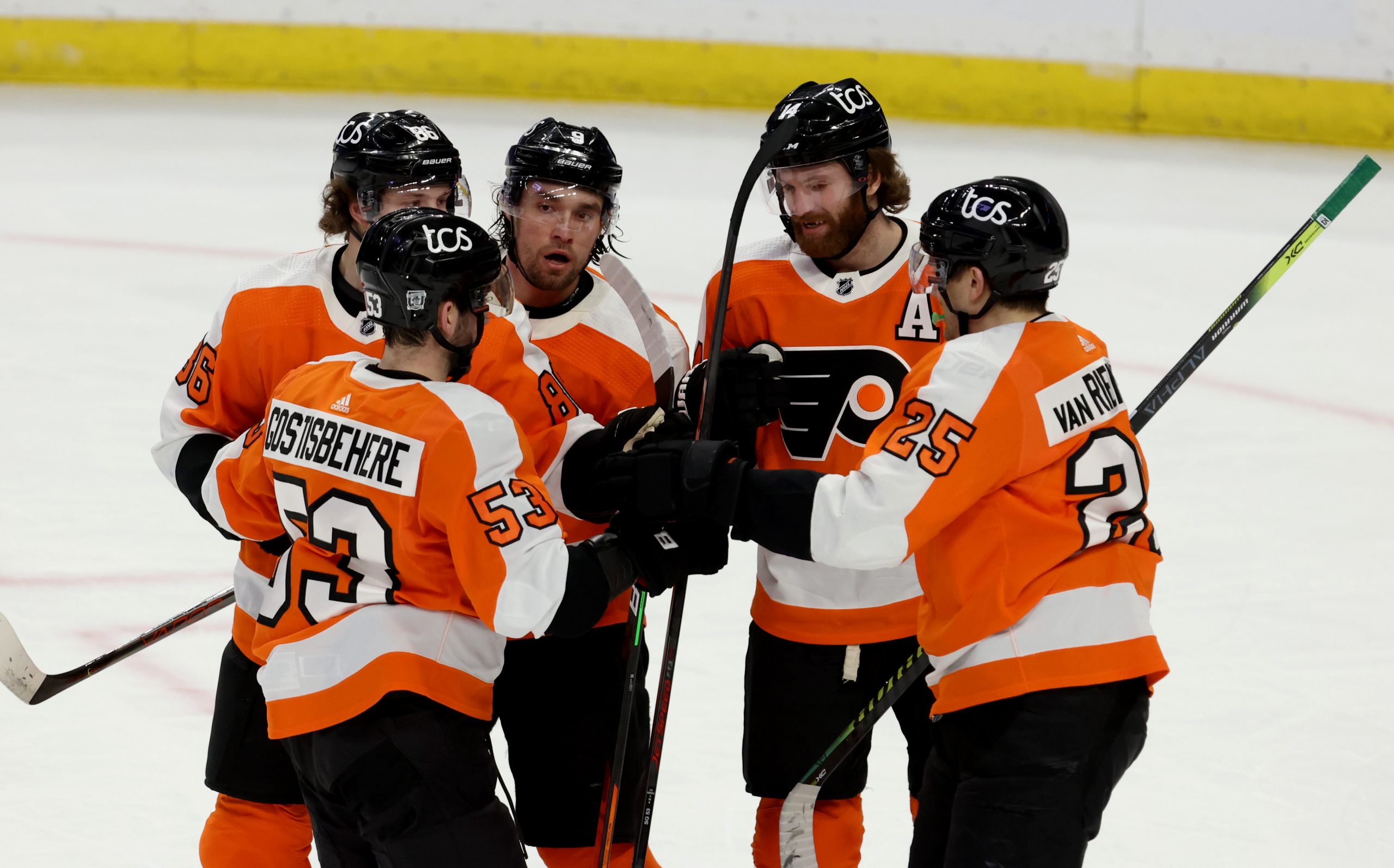 The Philadelphia Flyers swept its weekend series with the Buffalo Sabres on Sunday by picking up a second-consecutive shutout victory in the past two days.

Sean Couturier and James Van Riemsdyk each scored goals while Carter Hart registered a 28-save shutout as the Orange and Black won 3-0. It was the Flyers third-straight win over Buffalo this season and their third overall in the past five days.

The @NHLFlyers shut out an opponent in three consecutive meetings for the first time in franchise history and became the second team in five years to achieve the feat. The other: Florida (Dec. 30, 2017 vs. MTL, March 8, 2018 vs. MTL & March 19, 2018 at MTL). #NHLStats pic.twitter.com/7lPnXDVHMT

Just like on Saturday, Couturier broke the deadlock in what was eventually a three-goal second period. Joel Farabee’s original shot was saved by Jonas Johansson, but Couturier was on the spot to jam home the rebound.

Just over a minute later, Michael Raffl redirected a shot by Robert Hagg past Johansson for his third goal of the season. It was Raffl’s third goal of 2021.

The Flyers would put themselves in cruise control for the final 20 minutes of the game by scoring a third goal of the period. Farabee’s shot was deflected in by Van Riemsdyk, who now has 10 goals this season for Alain Vigneault’s side.

Hart was strong in net, getting the nod of Brian Elliott, who posted a shutout on Saturday. The young goaltender didn’t let his performance in the Lake Tahoe loss get to him as he rebounded with a strong performance on the road.

It was a special day for Vigneault as well, who earned his 700th win as an NHL head coach.

Up next for the Flyers is a three-game road trip in Pittsburgh with games on Tuesday, Thursday, and Saturday.