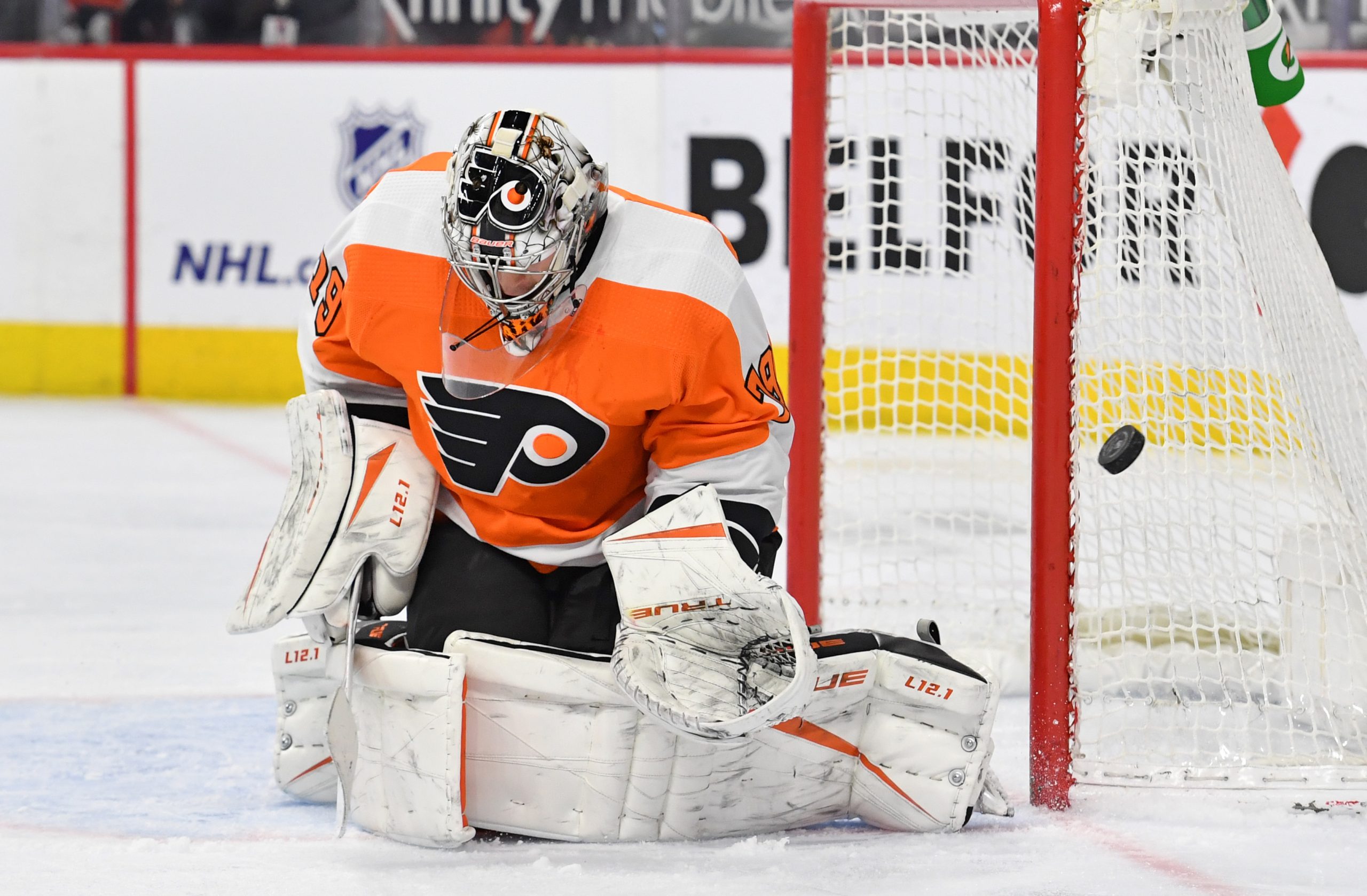 Carter Hart will admit he hasn’t been at his best in 2021 for the Philadelphia Flyers. The most important thing is that Hart has plenty more chances to turn his game around this season.

Hart was in net on Tuesday night as the Flyers lost 4-3 to the New Jersey Devils, their sixth loss out of the past eight games overall. The 22-year-old saw him and his teammates fall down early, a regular theme this season and not recover in another disappointing division loss.

While the Flyers overall haven’t been at the same level as 12 months prior, Hart has been on the brunt due to his inconsistent play. The third-year goaltender’s loss on Tuesday moved him to 8-8-3 this season and also saw his GAA rise to a whopping 3.85 through 21 games played.

Despite his struggles in net, Flyers general manager and president of hockey operations Chuck Fletcher backs him to turn it around.

“Confidence is a funny thing,” Fletcher said Wednesday. “It’s a results business. Sometimes you are not getting the results, it’s hard to feel you are on top of your game. Carter is a young guy. He had some success last year. This year, he hasn’t played at the same level. There’s no question that he’s struggled, particularly this month. I think our goals against and our goaltending for the first two months was pretty good and they’ve won us some games.”

“This month, both goaltenders have struggled in my opinion. You look back at a young Carey Price at the age of 22, Connor Hellebuyck, Marc-Andre Fleury, just going through some names. All of those great goaltenders had some ups and downs early in their career and had some tough seasons. It’s a hard position. I believe in Carter. I believe in his talent and I believe he will be a very good goalie for this franchise for a very long time. Clearly right now, he’s not on top of his game.”

Hart truly exploded onto the scene in 2020, helping the Flyers reach the NHL Playoffs and advance past the first round before suffering elimination to the New York Islanders. Many times last season Hart stole wins and points for the Orange and Black, standing on his head and giving the fanbase a new, young talent to worship.

Fast forward to this winter, Hart has struggled to replicate the same performances, which has seen the Flyers fall out of the playoff picture for now. While his defensive teammates haven’t been at their best either, Hart still has 20+ games left this season to get back to form and Fletcher believes he will with his constant hard work on the practice rink.

“I know [goaltender coach] Kim Dillabaugh and Carter are working hard every day,” Fletcher said. “f you look at Monday we chose to dress Alex Lyon as the backup to [Brian Elliott] and we spent extra time with Carter that day to give him a little more work and get him ready for last night. I thought he played pretty well last night.”

“He battled, he made some big saves to keep that game close enough where we could try to make a comeback. I do think you can make some adjustments in-season. Clearly the lack of practice time when you’re struggling is not a benefit. I think specialty teams, goaltending, your defensive zone coverage, there’s a lot of areas that if you’re not on top of your game, obviously the lack of practice time doesn’t help. But every team is dealing with that. I do think Carter’s working hard with Dilly every day. Personally I’ve seen some improvements and I do think he can get it back during the season.”

Hart and the Flyers will try to spark a turnaround in the East Division with Thursday’s showdown with the New York Rangers at the Wells Fargo Center.