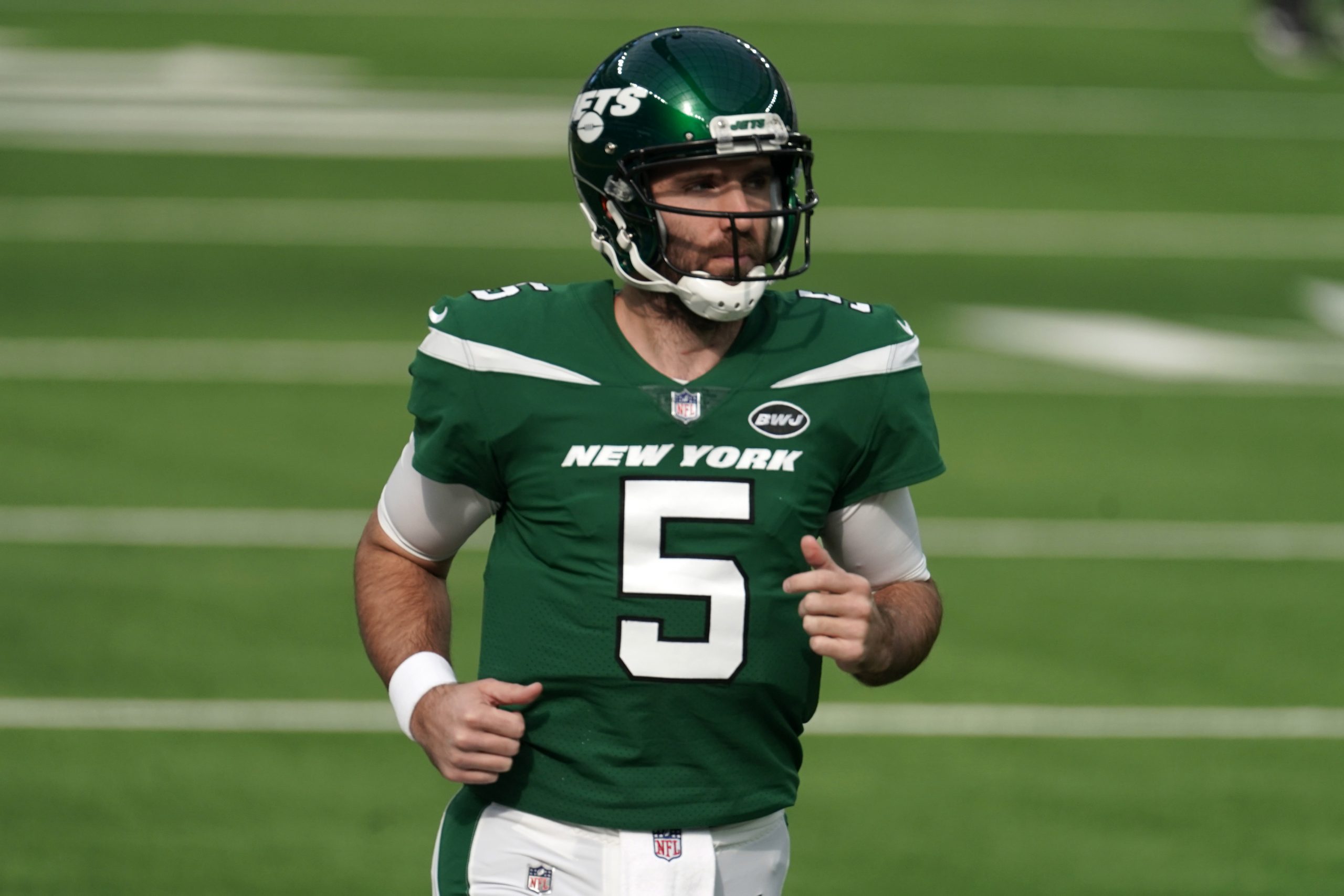 The Philadelphia Eagles saw a pair of quarterbacks leave this offseason with Carson Wentz and Josh McCown moving on from the team. Howie Roseman was able to acquire a local, veteran QB to help work with second-year player Jalen Hurts ahead of the 2021 NFL season.

Audubon, New Jersey native and former Super Bowl champion Joe Flacco has signed a one-year deal with the Eagles, the team announced Tuesday evening. Flacco comes to Philadelphia after playing one season with the New York Jets in 2020.

The 36-year-old is the former No. 18 overall selection by the Baltimore Ravens in 2008, a team where he spent 11 of his 13 NFL seasons with. Flacco posted a 96-67 record with the Ravens, throwing for over 38,000 yards and registering 212 passing touchdowns to 136 interceptions.

Flacco helped lead the Ravens to the 2011-12 Super Bowl title after tossing 287 yards and three touchdowns in a 34-31 win over the San Francisco 49ers in New Orleans. Since his exit from Baltimore, Flacco has played in 12 combined games between the Denver Broncos and New York Jets over the past two seasons.

After registering a 2-6 record with Denver in 2019, Flacco struggled in limited time with the Jets, failing to win in any of his five appearances for New York. Over the past two seasons, Flacco threw 12 touchdowns to eight interceptions, but will now embark on a new chapter closer to his South Jersey home.

Flacco’s arrival in Philadelphia will give Hurts a veteran back-up to work with in hopes of springing a turnaround this season. The Eagles missed out on the playoffs in 2020 which also saw head coach Doug Pederson fired and former first round pick Wentz traded to the Indianapolis Colts.

The Eagles will continue their preparations for the 2021 NFL Draft this April-May.