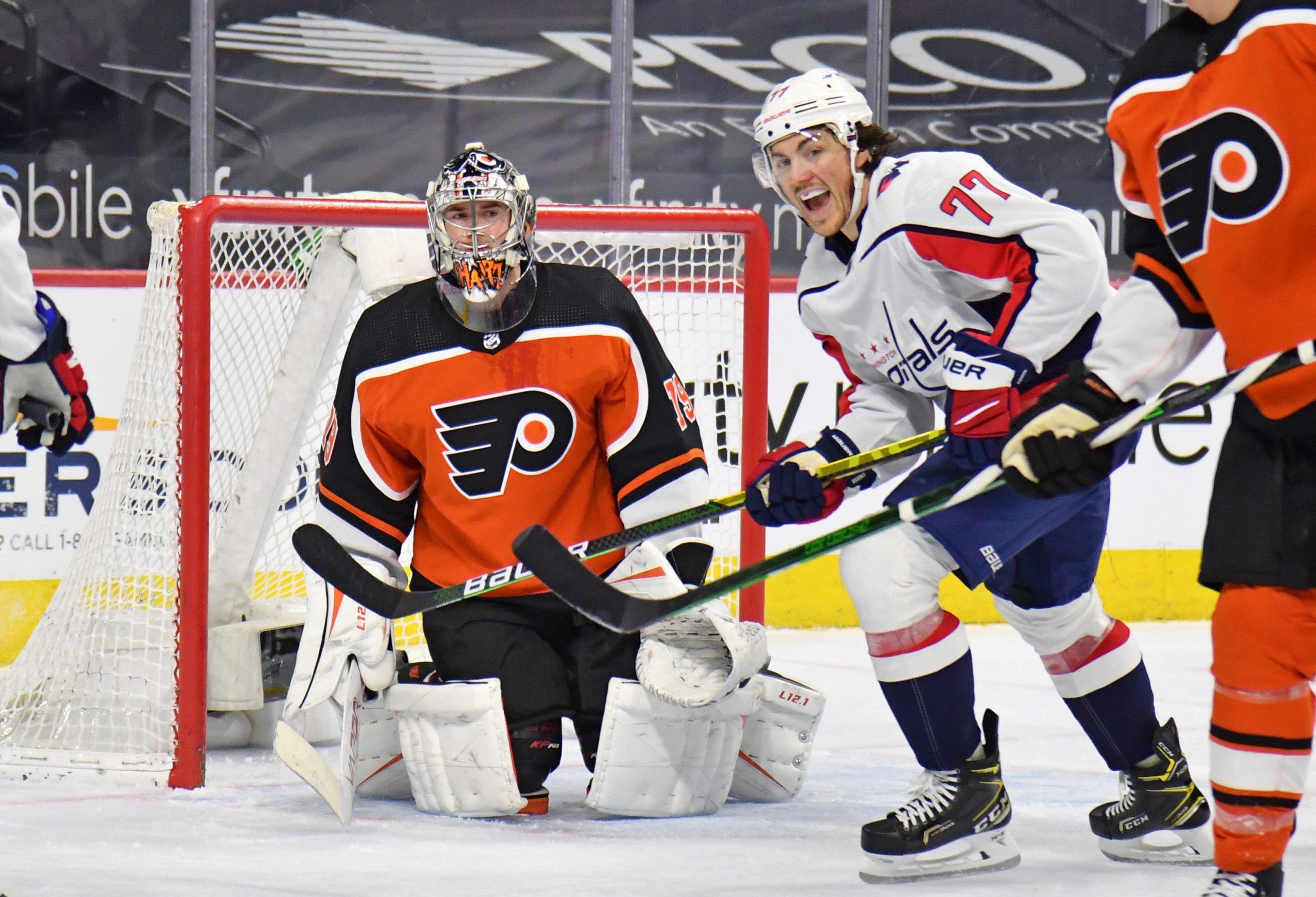 The Philadelphia Flyers are coming off a horrid homestand, which now sees them in big trouble in the National Hockey League’s East Division. Now the goal will be to get back to what made them so successful in 2020 … beat anyone and everyone.

Alain Vigneault’s team has slipped to fifth in the division following a 1-3-0 homestand, including Saturday’s 5-4 loss to the Washington Capitals. Despite a win over the Buffalo Sabres on Tuesday, the Orange and Black struggled to dominate in any of their games, conceding 17 goals in four games, and allowing four goals or more in three of those games.

In 2019-20, the Flyers stood up to many teams in the Eastern Conference and throughout the NHL, putting together a strong first stint with Vigneault behind the bench. Now, it seems the Flyers have regressed, falling behind the likes of the New York Islanders, Washington Capitals, Pittsburgh Penguins and Co. despite not losing many names off of their roster.

Matt Niskanen, Derek Grant, Tyler Pitlick, and Nate Thompson all left Philadelphia last offseason, leaving holes in certain parts of the roster. Niskanen wasn’t the most glamorous defender, but he was a talented veteran who could pair with any of the Flyers defensemen and help keep the pressure off Carter Hart and Brian Elliott.

Pitlick, Thompson, and Grant have all found new homes, and have continued to play key roles as depth forwards. All three were used in the lower offensive lines in Philadelphia, but their departures have seen others tossed into those roles in hopes of keeping the offense moving forward and not falling backward.

The return of both Nolan Patrick and Oskar Lindblom have given Vigneault two skillful offensive players to choose from, albeit both haven’t returned to their past form just yet. Both players are young pieces for the future and will continue to develop while also hoping to lead the team back to the playoffs.

“I knew it was going to be difficult missing the amount of time that I did,” Patrick said Sunday. “This season, with no preseason and a tight schedule, it was going to be a challenge … I feel like I’m getting closer every day and am getting more confident.”

Veteran players like Claude Giroux, James Van Riemsdyk, and Kevin Hayes have not yet hit the production of last season, but will need to find it soon. All three bring different traits to the ice and have done well in certain areas but in total have to help the team step it up.

Both Hart and Elliott haven’t been at their best either, with Hart struggling at most times this season. The third-year goaltender will hopefully get back to his impressive ways of last season, with this week’s trips to both New York teams posing different tests.

“We are preparing ourselves the right way,” Vigneault said Sunday. “Players are competing. We need to stick with it. If we do that, I’m a firm believer that things are going to fall into place. We have a group of guys that are good teammates and play hard for each other.”

As the Rangers try to get back into the playoff hunt themselves, the Islanders have been on a rampant run of form. Last season’s Eastern Conference Finalists are first in the division and are riding a current 9-1-0 record over their last 10 games.

Both teams will not be easy for the Flyers, especially with both hungry at opposite ends of the division standings. If the Flyers want to get things rolling and get back into the top four, they will need to rekindle some energy and production of old to avoid falling out of the top five at the midway point of the season.