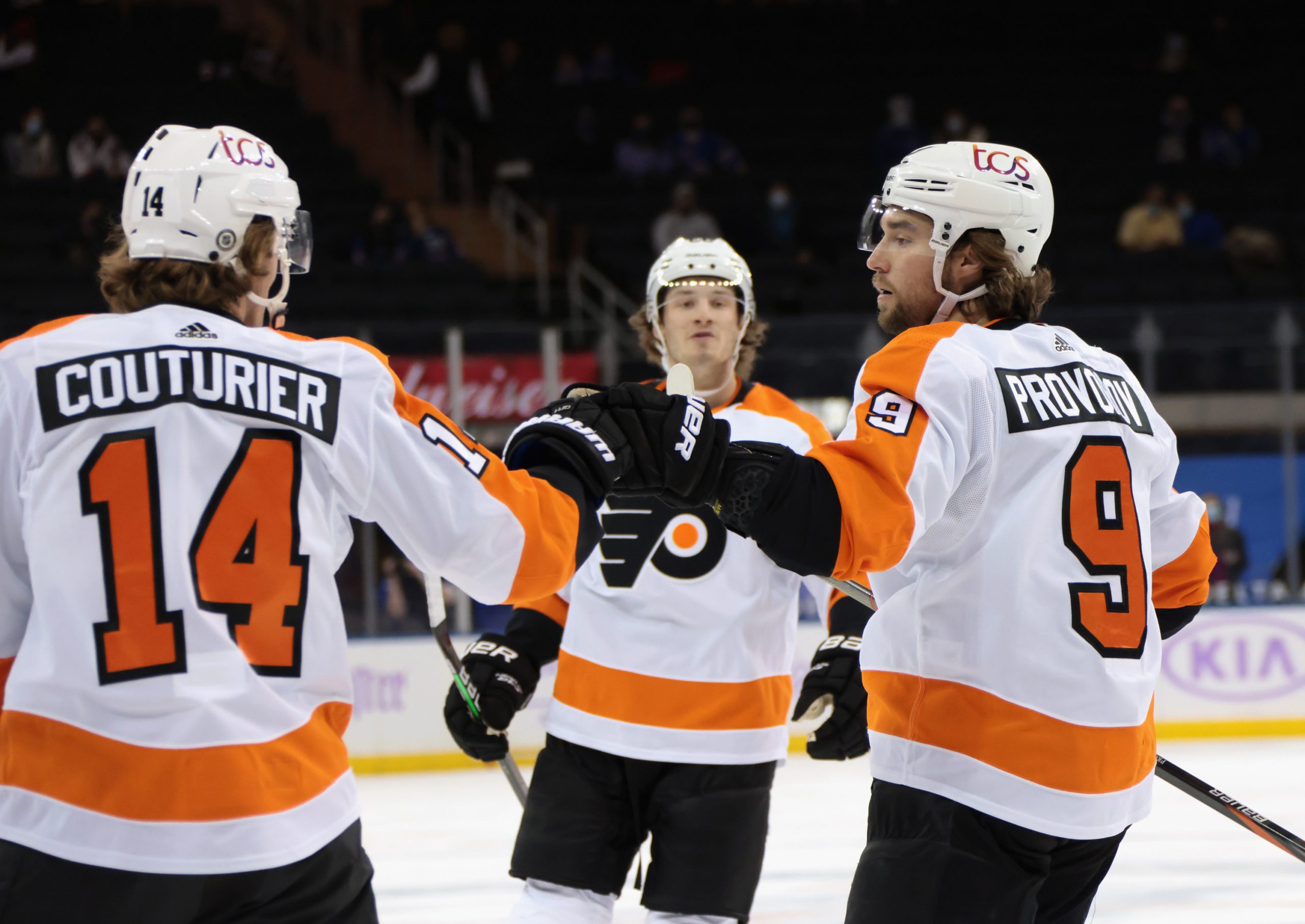 Jakub Voracek has found the goals hard to come by in 2021, but he made his latest look easy in an important overtime road win for the Philadelphia Flyers.

Approaching almost a two-minute shift on the ice, Voracek forced a turnover and scored in the extra period as the Flyers downed the New York Rangers, 5-4, at Madison Square Garden. The victory snapped a two-game losing streak for the Orange and Black, giving them some early momentum in this four-game road trip.

It was all Flyers in the opening period as James Van Riemsdyk and Ivan Provorov both got on the board in a dominant start for the Orange and Black. Van Riemsdyk took advantage of a two-on-one situation by receiving a pass from Joel Farabee and cutting inside to score on a backhand attempt.

Provorov extended the Flyers lead to 2-0 just under two minutes later as he rang a wrist shot from the point off the post and in. It was Provorov’s fourth goal of the season, in which Sean Couturier registered his second assist of the night.

Alain Vigneault’s team hoped to keep the momentum going after the first intermission, but did anything but as the Rangers fought their way back.

Artemi Panarin’s slap shot on a one-timer pulled the Rangers to within one goal before Colin Blackwell tied things up two minutes and 40 seconds later in the period. Blackwell scored his fourth goal at MSG in the past five home games, slapping a shot past Carter Hart thanks to a great set-up by Panarin.

Julien Gauthier completed a second period turnaround for the Rangers, backhanding a shot past Hart for a 3-2 Rangers lead. Thankfully, though, for the Flyers’ sake, Farabee would respond with his 12th goal of the season, scoring on the power play as the visitors went into the second intermission even.

The third period is a go.

Kevin Rooney put the Rangers ahead 4-3 early in the third period, making the most of an early opportunity. However, the Flyers would answer back on the power play for the second time tonight.

Claude Giroux drew a four-minute high sticking penalty and made the most of the ensuring man advantage. Giroux scored for the third time in his past four games, tying things up for the Flyers later in the period.

Kevin Hayes looked to have won the game later in the period with a slap shot finish on the power play, but his goal was waved off for offsides after a Rangers challenge was successful. The Flyers would have the final say in overtime though as Voracek completed a draining shift with a breakaway finish.

He stole a pass from Keith Kinkaid intended for Panarin and deked the veteran goaltender before tapping into an empty net. It was Voracek’s fourth goal of the season and his most important yet as the Flyers captured two points on the road.

The Flyers remain on the road at MSG for a Wednesday night showdown with the Rangers.