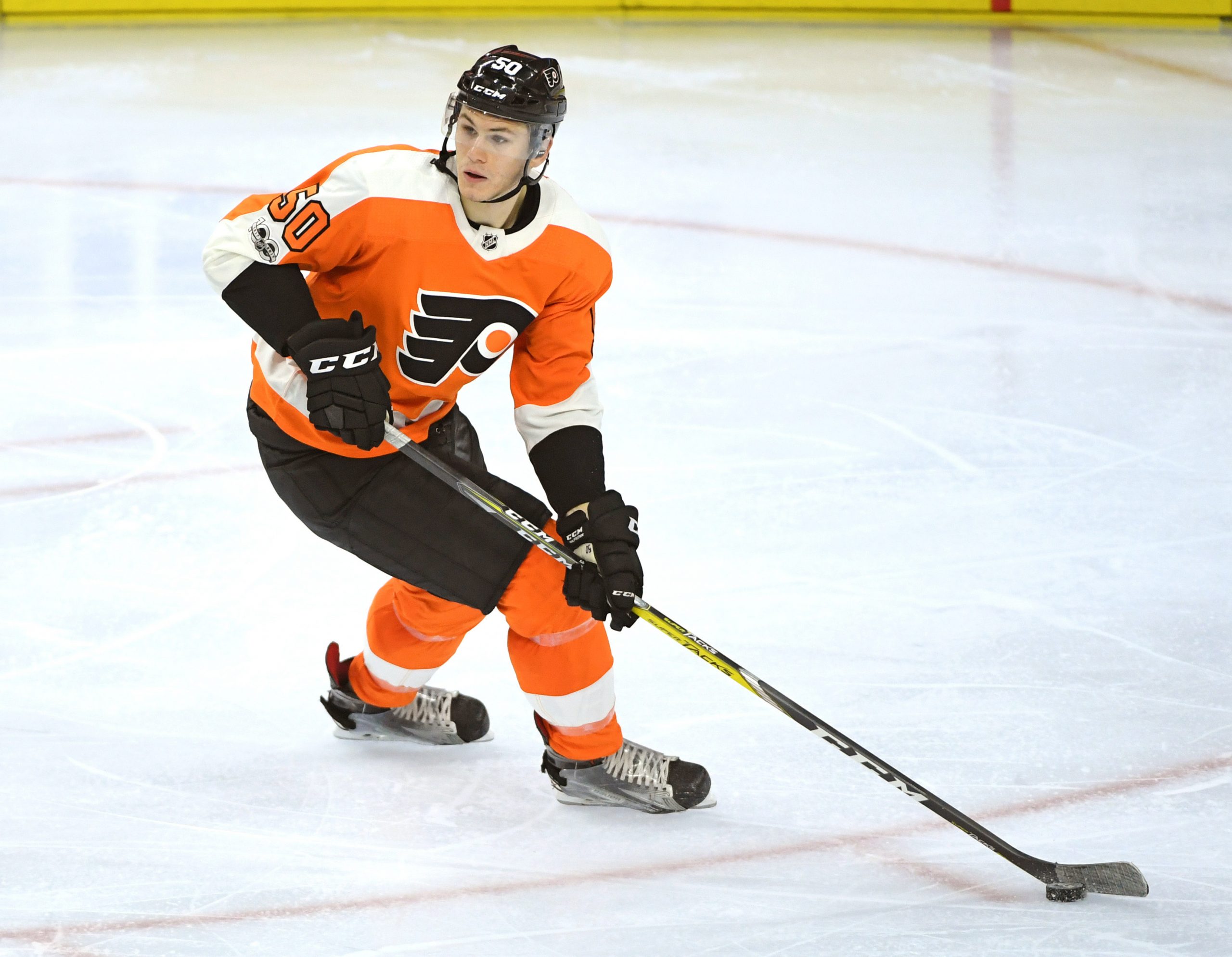 Sam Morin’s long wait came to an end on Saturday as the 25-year-old played the hero in a needed victory for the Philadelphia Flyers.

Morin scored his first career NHL goal and it proved to be the winner as the Flyers ended a five-game home losing streak in a 2-1 win over the New York Rangers. The win moved the Flyers back into fifth place in the East Division ahead of a lengthy road trip next week.

After a fast start by the Flyers, it was the Rangers who struck first with Mika Zibanejad continuing his hot run against the Orange and Black. Zibanejad was on the doorstep to pound home a pass from Ryan Strome for his seventh goal in the past three games against Philadelphia.

It was the Swedish winger’s 11th goal overall this season in his 300th career game with the Rangers.

My goodness, what a pass, Stromer. 🥵 pic.twitter.com/hYSZkGwVsC

Despite outshooting the Rangers 17-8 in the opening period, the Flyers went into the first intermission down by one.

New York came close on several occasions to add to their lead, but could not find a second goal against Brian Elliott. The Flyers would answer to tie things up as Nolan Patrick scored his fourth goal of the season and his second in the past 26 games.

Shayne Gostisbehere’s slap shot on the power play was tipped home by Patrick past Igor Shesterkin to make it 1-1.

Scott Laughton had the biggest chance to give the Flyers a lead, but Shesterkin stayed with him on a breakaway and made a terrific glove save. Elliott also kept the Rangers at bay throughout the third period, helping keep the two rivals level.

Morin’s wrist shot with 4:27 would break the deadlock for good, fooling Shesterkin and finding the bottom corner. Nicolas Aube-Kubel was credited with the assist, but Morin played the hero for the first time in his short NHL career.

"It's probably the best moment of my life."

Elliott would stand firm the rest of the way as the Flyers moved one step closer to a playoff spot.

The Flyers next hit the road on Monday against Buffalo.